Meet the 5 Amazing Women of the U.S. Olympic Gymnastics Team 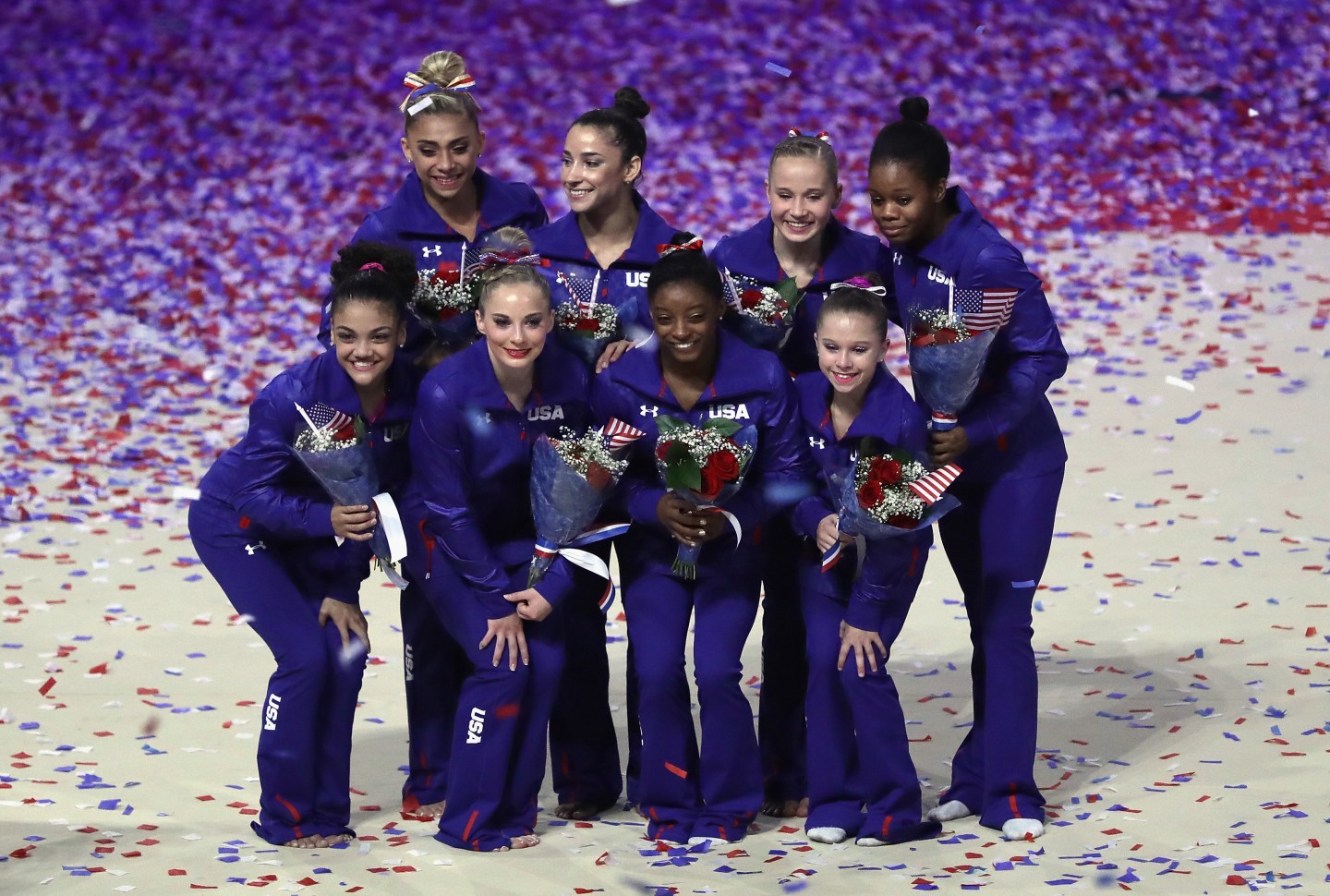 This article originally appeared in People.

In a field with such depth that the U.S. has far more Rio-ready gymnasts than they can take, five athletes have been selected to go the 2016 Olympic Games.

After a hard-fought Olympic trial, Simone Biles, Gabby Douglas, Aly Raisman, Laurie Hernandez and Madison Kocian were announced as the team headed to Rio at the conclusion of the two-night trials on Sunday.

Even before the selection committee announced their picks, favorites Biles and Raisman cried and embraced one another. Douglas struggled on beam both nights of trials, with a fall each night, but her strength on uneven bars won her the spot on the team.

The three replacement athletes traveling to Rio with the team are Mykayla Skinner, Ragan Smith and Ashton Locklear.

Biles, often described as the most dominant female athlete in gymnastics (and beyond), won the Olympic trials all-around, giving her the lone automatic berth to the team. She made an uncharacteristic mistake on balance beam, resulting in a fall, but still finished in the top spot at the trials. Douglas and Raisman, teammates from the 2012 gold medal-winning Olympic team, were favorites headed into the trials, while the final two spots went to Madison Kocian, the world champion on bars, and Laurie Hernandez, a first-year senior who finished second to Biles at the trials.

The U.S.A. is expected to dominate in Rio, which will be team coordinator Marta Karolyi’s swan song – she’s retiring after the Games.

With the Olympics less than a month away, here’s a look at the women going for gymnastics gold in Brazil in August.

Biles, the reigning three-time world all-around champion, is heavily favored to win the individual all-around gold medal in Rio – and for good reason. For the 19-year-old Texas native, the “Michael Jordan of Gymnastics,” it would cap off an epic career: She’s a three-time all-around world champion and a four-time national champ. She’s also got an inspiring backstory: the 4-foot-8 athlete was born to a mother addicted to drugs and alcohol, and was placed in foster care until her maternal grandparents were able to take her in. “It’s so unreal,” Biles said at the conclusion of the trials. “I’m just proud and honored to be selected.”

The 20-year-old was the first African-American gymnast to become the individual all-around champion at the Olympics in 2012, as well as earning gold with her team. She’s hoping to make history again by defending her all-around win (something that hasn’t been done since 1968) in Rio this summer, and she’s been learning from her stumbles along the way. “Trying to make it happen again is definitely a lot of hard work and pushing myself every day is a lot of dedication, but it’s worth it,” Douglas told PEOPLE. And after the trials, she concluded, “It’s very emotional. I’m so grateful and so honored.”

Raisman was also a member of the “Fierce Five” group that claimed gold in London. At 22, she is the oldest person on the team – and her experience makes her a strong member. “Right now, she’s in a very good place. She’s trusting her strengths and not trying to do anything earthshaking, just do the routines she’s prepared for, and I am very pleased with how she looks through the training session,” Marta Karolyi said of her performance on Thursday. “It doesn’t sink in at all,” Raisman said after trials. “Hopefully we can bring Team U.S.A. another gold medal.”

Hernandez, 16, capped off a very strong two nights of trials with a near-flawless beam routine … and chants of her name from the crowd of 17,000. The New Jersey native has an especially lively floor exercise that always ignites the crowd.

Despite its dominance on the world stage, Team U.S.A. does have a relatively weak event: uneven bars. So one of the spots on the five-woman team was expected to go to a bars specialist. And that spot went to 19-year-old Kocian who turned in top scores on the apparatus at the trials.