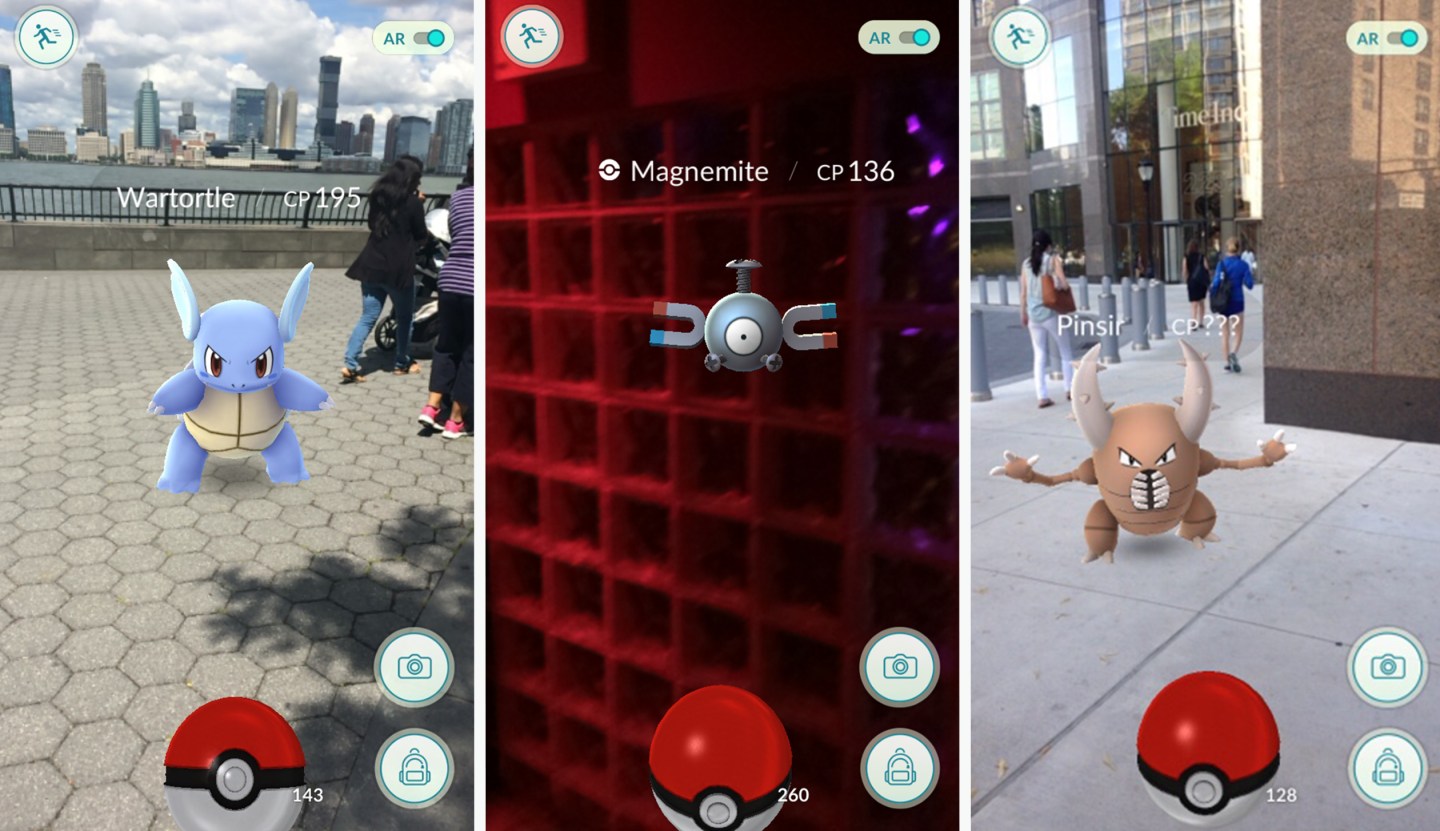 Courtesy of Kacy Burdette for Fortune

In the United States, by July 8—two days after its release—it was installed on more than 5% of Android devices in the country, according to web analytics firm SimilarWeb.

It is now on more Android phones than dating app Tinder and its rate of daily active users was neck and neck with social network Twitter, the analytics firm said. The game is also being played an average of 43 minutes a day, more time spent than on WhatsApp or Instagram, it added.

As the game took the U.S. by storm, Nintendo’s (NTDOY) shares surged by a quarter in value on Monday to their highest level since November. They have gained 36% since Thursday’s close with the initial momentum coming from the game shooting to the top of free app rankings in Apple’s U.S. iTunes store.

The game has been released in the United States, Australia and New Zealand. Launches for other countries including Japan—one of the world’s biggest gaming markets—are due soon.

Pokemon GO may not prove an immediate boost to Nintendo’s bottom line: it is free and Nintendo is not the sole investor or creator.

The game itself was created by Niantic, spun off from Google (GOOGL) last year, and Pokemon Company. Nintendo owns a third of Pokemon Company and both have undisclosed stakes in Niantic, which had already developed a similar augmented reality, multi-player game in 2012.

Some analysts have been upbeat about the money-making potential for Pokemon GO, largely from small purchases made while playing – and the positive signs for other mobile gaming launches planned by Nintendo for 2016 and 2017.

“If nothing else, Pokémon GO has shown that there are ‘dormant’ Nintendo fans eager to trial its content for smartphones,” Deutsche Bank analysts said in a note.

But others cautioned that there were still large question marks over whether Pokemon GO will be able to generate the kind of sustained excitement that would significantly boost Nintendo’s earnings – particularly given that the company now has to contend with a sharp strengthening in the yen.

Real change, those investors say, would have to come from the core console business.

“Now if we were talking about its next generation console becoming the core platform for gamers, then that would be something to get excited about – but at the moment, this alone is not enough,” said Yoshihiro Okumura, general manager at Chibagin Asset Management.