Here’s Why E-Book Sales From Major Publishers Are Plummeting 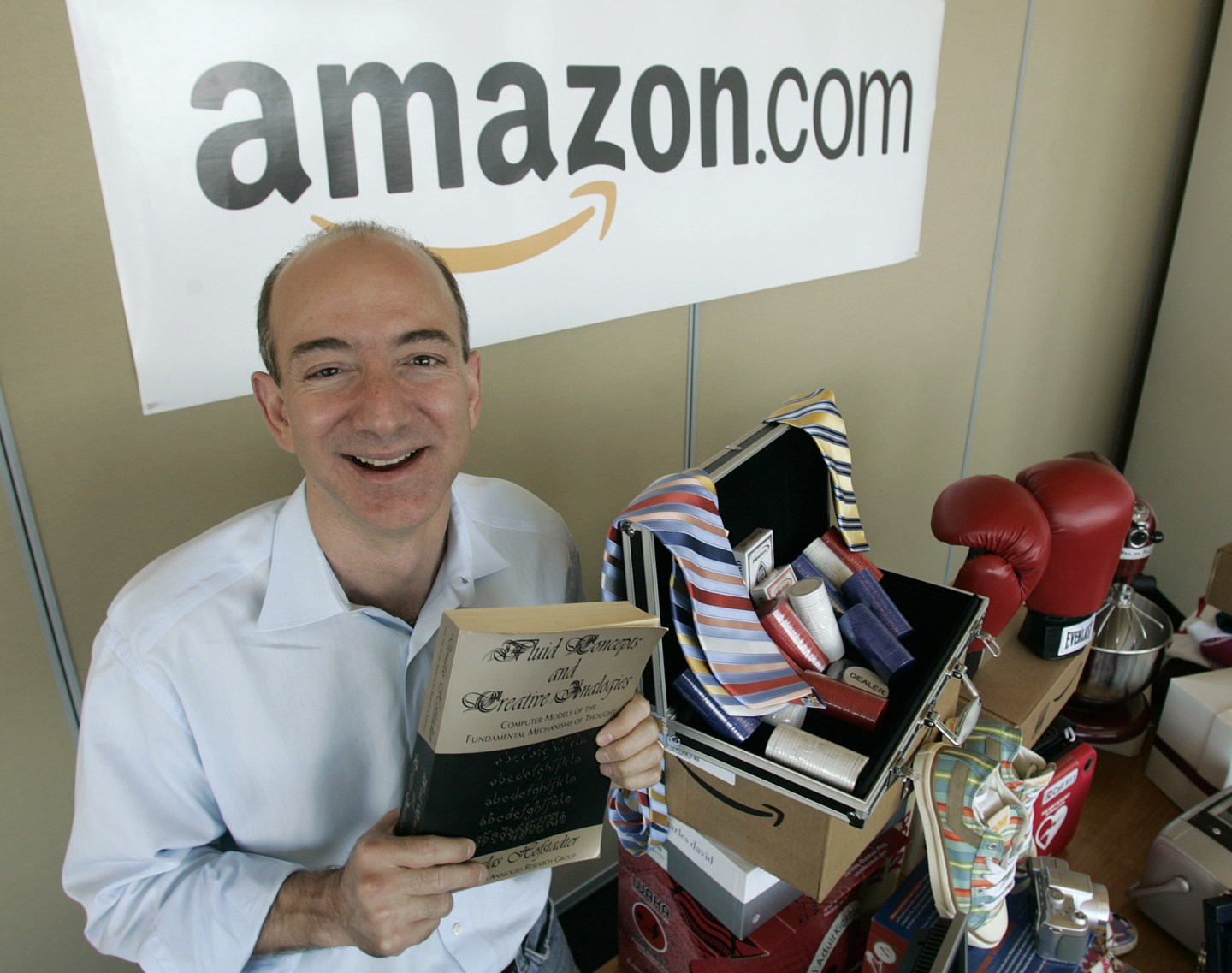 Amazon.com founder and CEO Jeff Bezos holds a copy of "Fluid Concepts and Creative Analogies" by Douglas Hofstadter -- the first book sold on-line by Amazon.com -- as he stands Friday, June 17, 2005 at the company's headquarters in Seattle next to a table that shows only a small sampling of non-book items currently available on Amazon.com including boxing gloves, a heart defibrillator, kitchen and electronics equipment, and clothing items. Amazon.com launched on the web ten years ago on July 16th, 1995. (AP Photo/Ted S. Warren)
Photograph by Ted S. Warren – AP

Book publishers are winning in their quixotic war against their own electronic books as sales dropped 11% last year, according to a new report from the industry’s leading trade group.

Electronic books tend to be more profitable for publishers because they cost less to create and distribute, and they aren’t subject to returns from bookstores. But with Amazon dominating the e-book market, publishers have seen reining in e-book sales as a way to curb the online giant’s influence over the market.

U.S. publishers took in $2.8 billion from sales of trade e-books in 2015, down 11% from the prior year, according to an annual report from Association of American Publishers released on Monday. Overall, publishers trade book revenue including print, electronic, and audiobooks rose almost 3% to $15.8 billion. The trade category includes fiction and nonfiction works aimed at a general audience, but excludes the educational and professional book categories.

Consumers likely don’t see the same value in e-books from big publishers that they did in earlier years. A typical e-book best seller now costs $14 or $15 versus the $9.99 price point that Amazon (AMZN) featured in the first few years after it introduced its Kindle e-reader. The increase shrunk the discount between hardcovers and e-books, which can’t be lent or resold like a print copy. On older books, some e-books carry higher prices than the same title in paperback.

The decline in e-book sales also comes as Barnes & Noble (BKS), the biggest brick-and-mortar retailer, faced increasing struggles with its Nook line of digital books and e-readers. A different form of digital book—the downloadable audiobook—did much better in 2015, with publishers’ sales of $552 million, a 38% increase from the year before.

The question remains, however, whether the anti-e-book strategy will pay off for publishers over the long term. Younger people are reading more and are more likely to prefer the ebook format, according to surveys by Pew Research.

Yet a growing body of data indicates that lost sales of e-books from major publishers are being more than offset by growing sales of self-published ebooks, which are typically priced at only a few dollars. Major publishers’ dollar share of e-book sales on Amazon, for example, dropped below 40% in May from over 50% at the beginning of 2015, according to the Author Earnings web site.