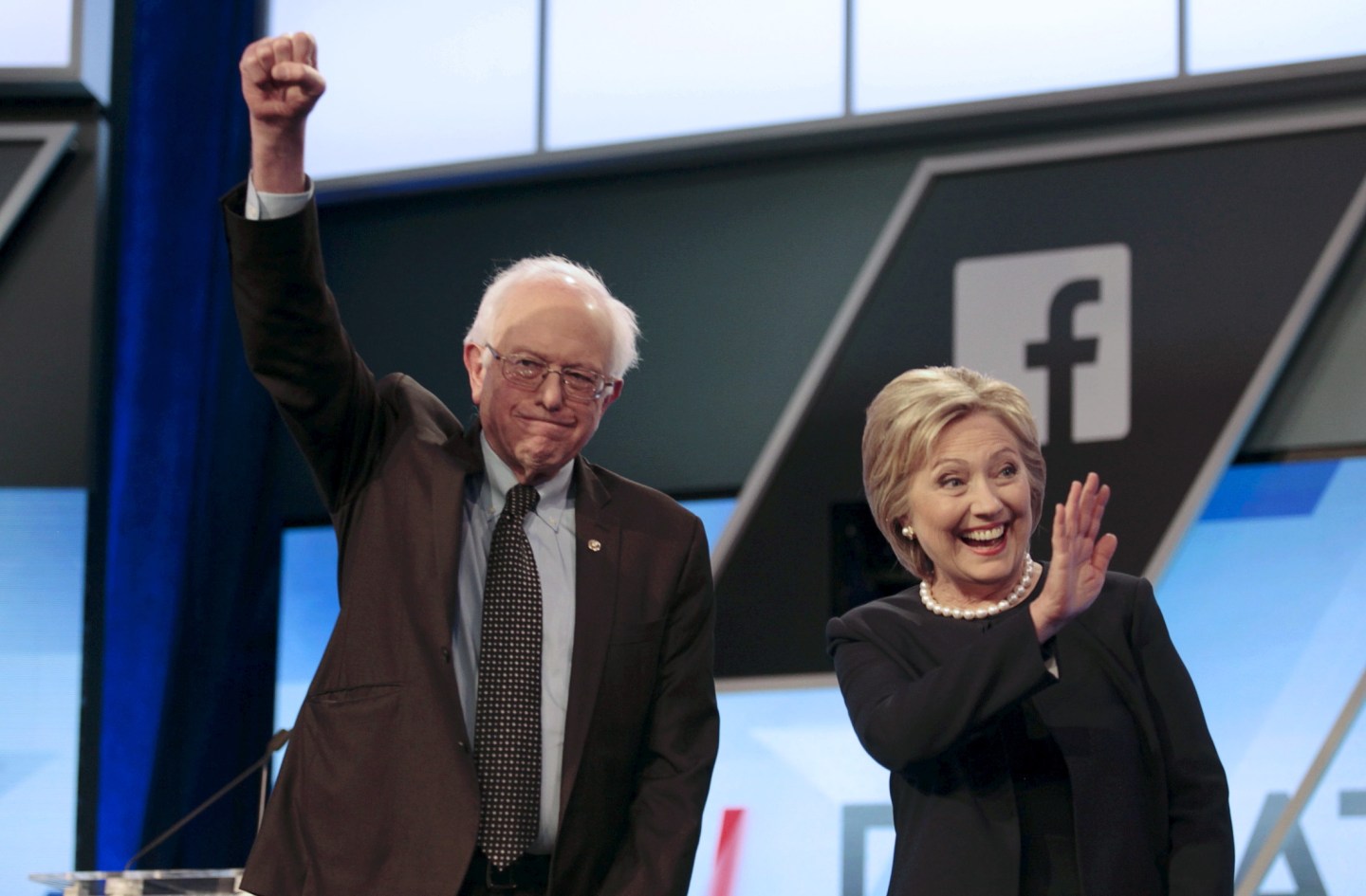 WASHINGTON, July 9 (Reuters) – Presumptive Democratic presidential nominee Hillary Clinton on Saturday announced a proposal to expand mandatory healthcare funding by $40 billion over the next 10 years, highlighting the influence that rival Democrat Bernie Sanders has had on her campaign.

“Clinton will also affirm her commitment to give Americans in every state the choice of a public-option insurance plan,” the campaign said in a statement, as well as allowing individuals below Medicare age, beginning at 55, to opt in to the program.

The latest revisions of Clinton’s healthcare plan come as pressures have mounted on Sanders to endorse Clinton for the Nov. 8 general election fight against the Republicans’ presumptive nominee Donald Trump.

Sanders, a U.S. senator from Vermont, is still in the running for the Democratic nomination, but Clinton has already secured the requisite delegates needed to clinch the nomination at the party’s July 25-28 convention in Philadelphia.

Sanders has indicated that he would hold off on endorsing Clinton until her proposals on issues like healthcare and an increased federal minimum wage more closely reflect the liberal policies he has touted during his own White House bid.

Saturday’s healthcare proposal, as well as the recently unveiled draft of the 2016 Democratic platform, point to a growing compromise between the candidates.

“I congratulate Secretary Clinton for this extremely important initiative,” Sanders said in a statement. “It is a significant step forward as we advance toward the goal of healthcare for all Americans.”

“The proposal brought forth today by Secretary Clinton, working with our campaign, is an important step forward in expanding healthcare in America – and expanding health insurance and healthcare access to tens of millions of Americans,” Sanders said.

An endorsement from Sanders, whose liberal policy proposals made him a champion of the progressive left, could court former supporters who may have been reluctant to support the more centrist Clinton.

The New York Times reported on Thursday that an endorsement is imminent, and Sanders is expected to officially throw his support behind Clinton, a former U.S. secretary of state, at a campaign stop in New Hampshire early next week.

Saturday’s healthcare announcement marks a significant step forward for the two camps as Sanders has made combating healthcare costs a rallying cry of his campaign. During the primary race, Clinton and Sanders differed on how to achieve their shared goal of universal healthcare coverage, leading to fiery discourse on the subject during televised debates.

Sanders has advocated replacing the Affordable Care Act with a single-payer “Medicare-for-all” system, while Clinton proposed building on the ACA through tax credits and expanded coverage for doctor visits.