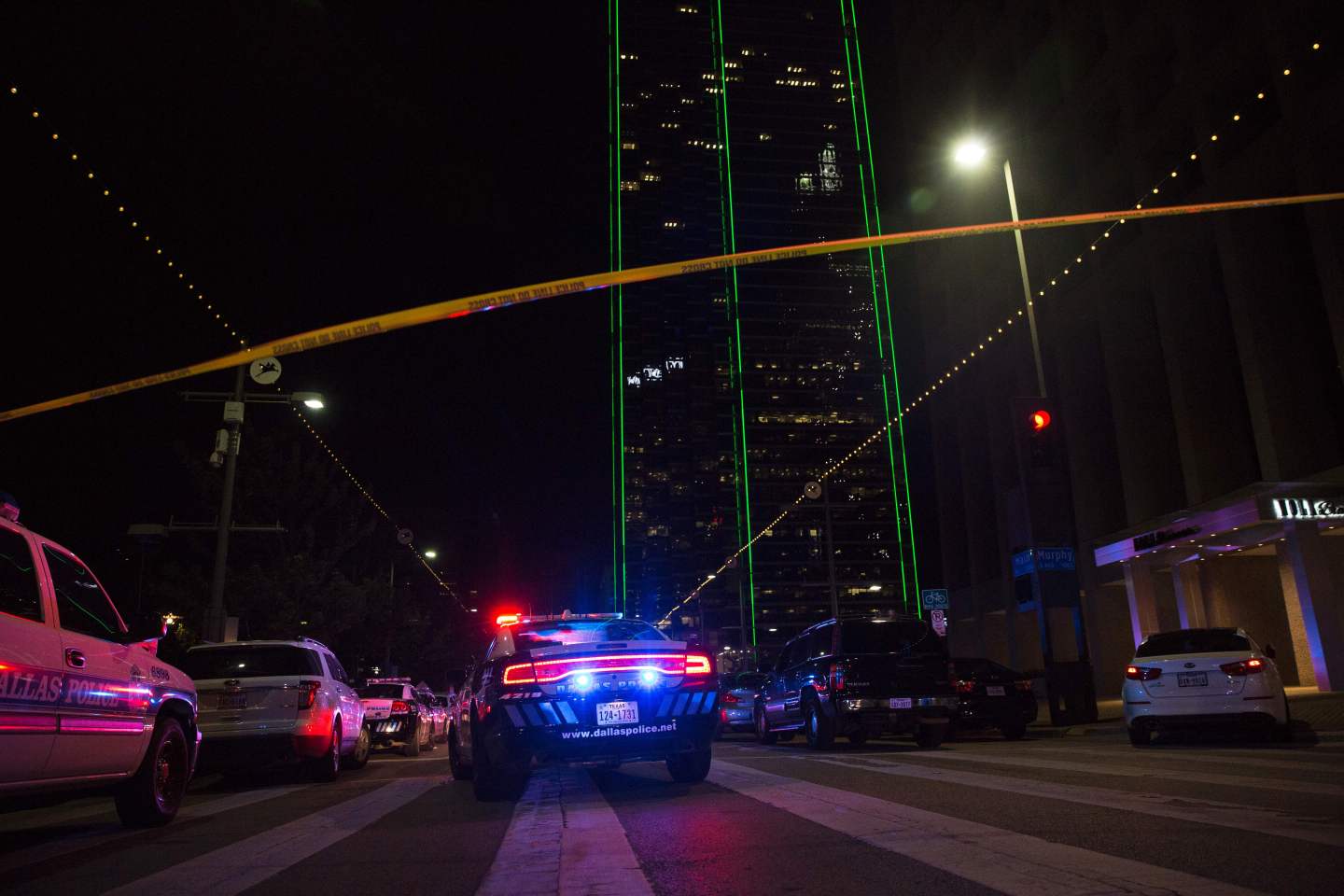 Police cars sit on Main Street in Dallas following the sniper shooting during a protest on July 7, 2016. A fourth police officer was killed and two suspected snipers were in custody after a protest late Thursday against police brutality in Dallas, authorities said. One suspect had turned himself in and another who was in a shootout with SWAT officers was also in custody, the Dallas Police Department tweeted. / AFP / Laura Buckman (Photo credit should read LAURA BUCKMAN/AFP/Getty Images)
Laura Buckman — AFP/Getty Images

A shooter opened fire on police in Dallas Thursday night following a Black Lives Matter protest, leading the group — formed in the wake of several high-profile shootings of black men by police in 2014 — to officially condemn the action.

Black Lives Matter released a statement on its website decrying the violence.

As we have done for decades, we marched and protested to highlight the urgent need to transform policing in America, to call for justice, transparency and accountability, and to demand that Black Lives Matter.

In Dallas, many gathered to do the same, joining in a day of action with friends, family, and co-workers. Their efforts were cut short when a lone gunman targeted and attacked 11 police officers, killing five. This is a tragedy–both for those who have been impacted by yesterday’s attack and for our democracy.

The group also made clear in its statement that the tragedy in Dallas should not lead to an end of the discussion of police violence against the black community.

Accounts of the protest Thursday night showed a peaceful crowd that worked with the police to ensure the safety of those involved. There were even pictures of protestors posing with the assembled officers.