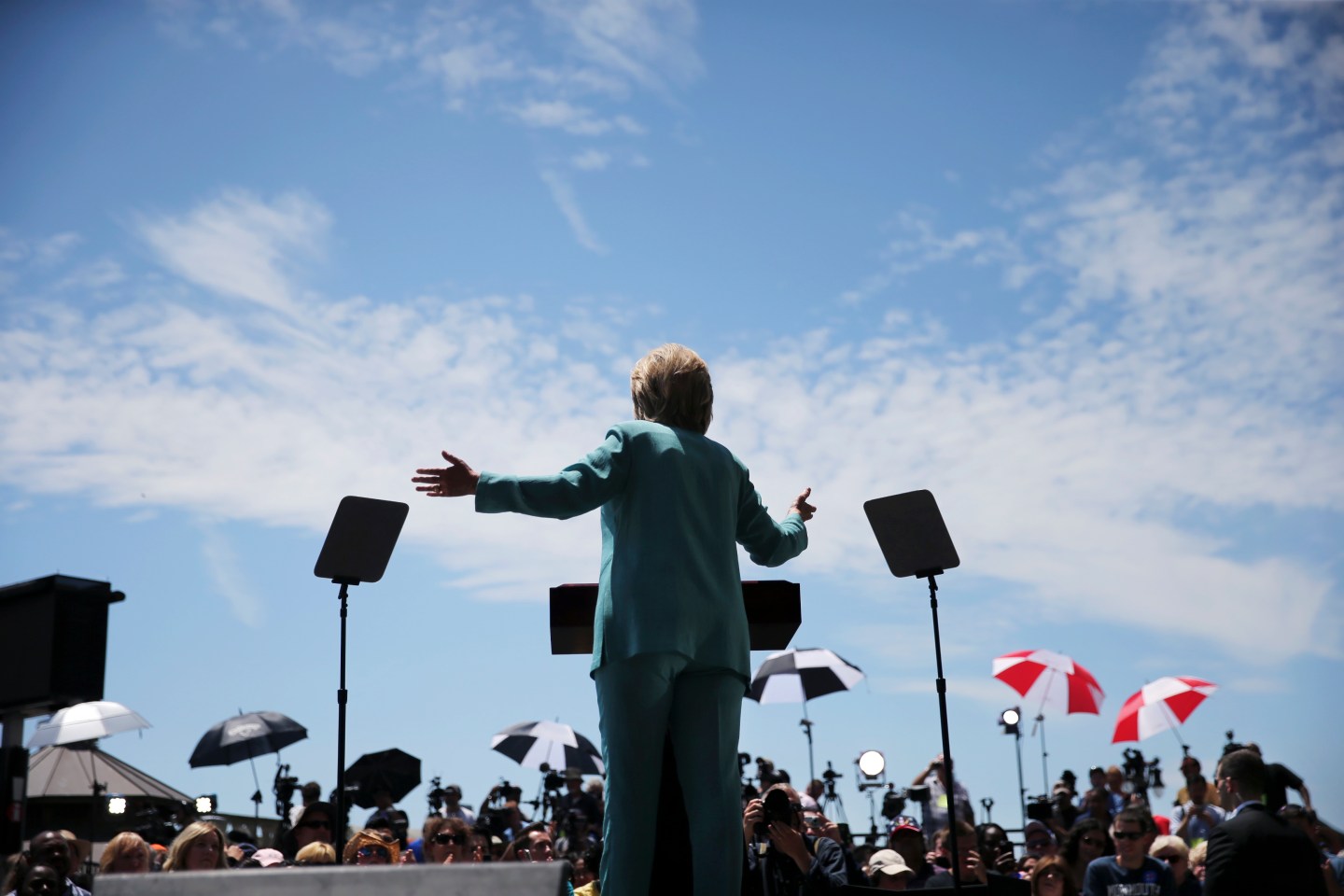 The decision had been expected and was largely a formality given FBI Director James Comey’s recommendation a day earlier against any prosecution. Even before Comey’s public statement, Lynch had said she intended to accept the recommendations of the FBI director and of her career prosecutors.

Even so, it officially closes out an FBI investigation that had dogged Clinton for the last year and proved a major distraction on the campaign trail as she emerged as the Democratic presidential front-runner.

Lynch said she met with Comey and prosecutors Wednesday and agreed that the investigation, which looked into the potential mishandling of classified information, should be concluded.

“I received and accepted their unanimous recommendation that the thorough, year-long investigation be closed and that no charges be brought against any individuals within the scope of the investigation,” Lynch said in a statement.

Comey, in an unusually detailed and public accounting of the investigation Tuesday, said “no reasonable prosecutor” would pursue a criminal case and said he was advising the Justice Department against bringing any charges.

But he also rebuked Clinton, who relied exclusively on a private email server as secretary of state, and her aides for being “extremely careless” with their handling of classified information.

“There is evidence to support a conclusion that any reasonable person in Secretary Clinton’s position … should have known that an unclassified system was no place” for sensitive conversations, Comey said.

Clinton’s likely general election opponent, Donald Trump, unleashed a methodical attack during a rally Wednesday in Cincinnati, contrasting her statements about the email server with what Comey said and labeling the former secretary of state “a dirty, rotten liar.”

Reading from a script, which he rarely does, Trump ticked off several of what he called Clinton’s “lies” about the servers, including that she only used one email device and that she did not have any emails marked as “classified” on the private server.

“She made so many false statements,” Trump said. “Is she going to be brought before Congress? Is something going to happen?”

The Justice Department’s decision seemed likely to inflame Republican anger, with Capitol Hill lawmakers pressing for answers about how Clinton could have avoided prosecution given Comey’s stinging characterization of her email setup.

Comey was scheduled to face questions about the decision in an appearance Thursday before the House Oversight and Government Reform Committee. Lynch herself is scheduled for an oversight hearing next week on Capitol Hill.

The Clinton campaign has tried to move forward.

FBI agents spent the last year investigating the matter following a referral from the intelligence community’s inspector general. As part of that investigation, investigators pored through tens of thousands of State Department emails and interviewed top Clinton aides — and finally, Clinton herself this past weekend.

Despite his critical assessment of Clinton’s email practices, Comey said there was no evidence that anyone intentionally or willfully mishandled classified information.

“No charges are appropriate in this case,” he said.

Lynch on Friday announced she was prepared to accept whatever findings and recommendations were presented to her by her investigative team.

Though she said she had already settled on that process, the announcement came just days after she had an unscheduled meeting with Bill Clinton aboard her plane in Phoenix. Lynch said the investigation was not discussed, but she acknowledged that the meeting had “cast a shadow” on the process and led to questions about the independence of the investigation.