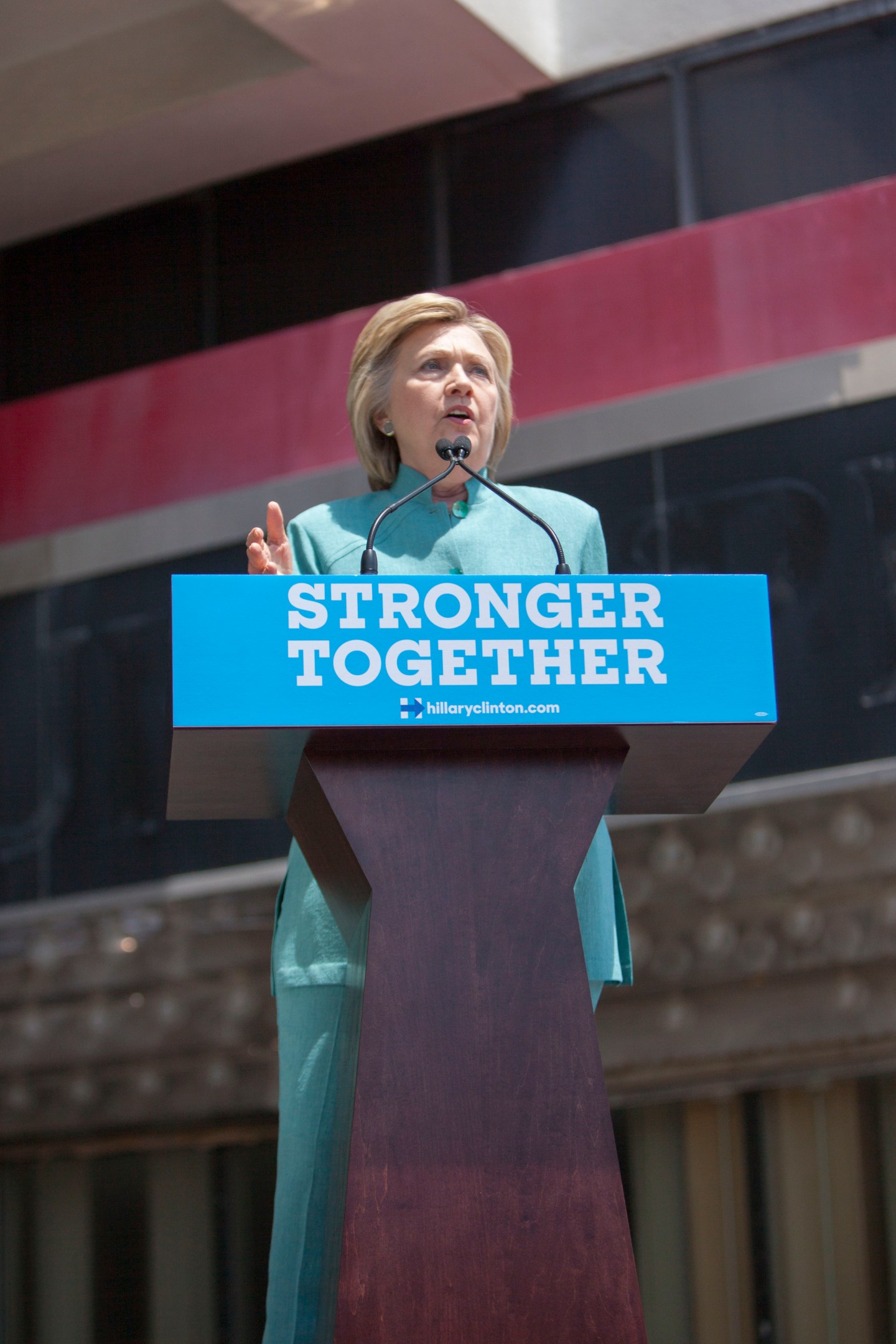 Hillary Clinton wants voters to think of Donald Trump as a corporate super-villain who destroys the livelihoods of working families to enrich himself.

The presumptive Democratic presidential nominee pressed that case on Wednesday in an appearance outside the shuttered Trump Plaza hotel and casino in Atlantic City, N.J. Pointing to Trump’s checkered history in the resort town — multiple bankruptcies, lawsuits from contractors who said they got stiffed, a legal fight with a widow over bulldozing her house to make way for a parking lot — Clinton said voters should be wary of her opponent’s promises.

“What he did for his businesses and his workers is nothing to brag about,” Clinton said. “In fact, it’s shameful, and every single voter in America needs to know about it so we don’t let him do to the country what he did to his businesses.”

The strategy aims a dagger at the heart of Trump’s argument: That as president, the billionaire could use his business acumen to spread prosperity. In that sense, Clinton hopes to repeat the jujitsu that President Obama performed in 2012 on Mitt Romney’s private equity experience, transforming that GOP nominee’s leading asset into a liability. But Trump, whom Clinton noted Wednesday has faced over 3,500 lawsuits in his business career, arguably offers even richer source material.

Trump issued a rapid reply, defending his business record and his use of bankruptcy laws. “Out of the hundreds of businesses I have owned over the decades, and hundreds of deals and transactions, I have used the chapter laws of our country in four instances, much as many of our country’s elite business people do (but nobody cares about),” Trump said in a statement. “It is an effective and commonly used practice in business to use bankruptcy proceedings to restructure a business and ultimately save jobs.”

But Clinton charged that Trump used bankruptcy laws to stick others, from banks to workers, with his bills while he collected on his own failing projects. “It’s not about what he can build; it’s about what he can take,” she said. A recent Fortune investigation offers some grist for that critique, laying out how excessive debt and weak management doomed Trump’s foray into Atlantic City.

Trump profited personally, however, from handsome management fees — a fact he’s happily acknowledged. Clinton in her Wednesday speech sought to turn that against him, more evidence Trump only cares about his own stake despite promising returns for everybody.

Clinton has her own personal vulnerabilities, highlighted anew on Tuesday by FBI Director James Comey’s devastating assessment of her recklessness in using a private email server while she was Secretary of State. Clinton will need to demonstrate to voters that Trump’s shortcomings overwhelm her own, and Wednesday’s speech will form the spine of that attack.