Hillary Clinton Is Spending $500,000 Per Day on TV Ads While Trump Spends Nothing 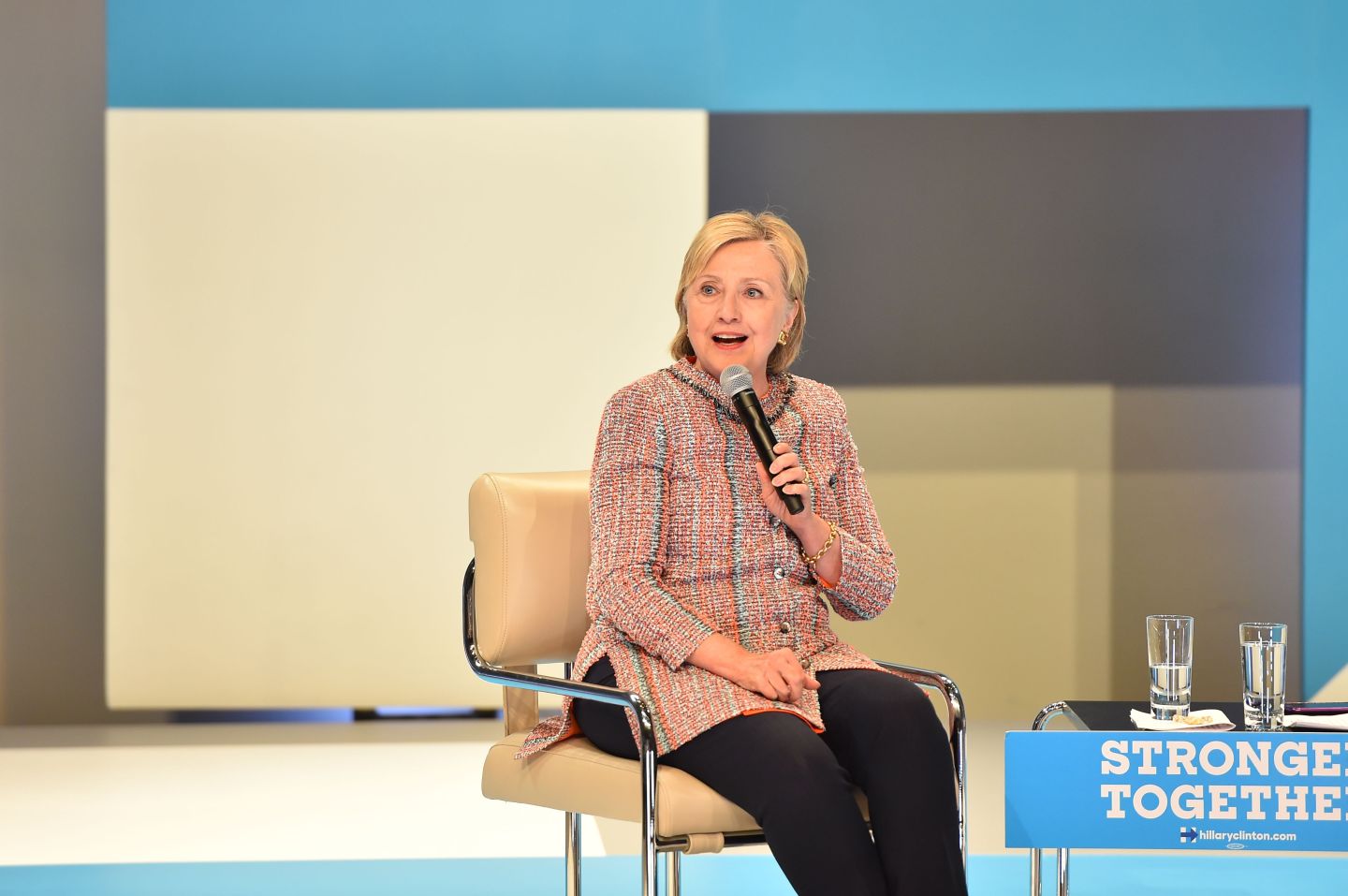 Hillary Clinton has an early lead in the polls, but she has an even larger advantage in the race to blanket television airwaves before November’s presidential election.

According to an analysis of Kantar Media/CMAG data by Bloomberg News, Hillary Clinton’s campaign spent roughly $6 million on 9,781 ads from June 15-27 in battleground states like Colorado, Florida, Iowa, Nevada, New Hampshire, North Carolina, Ohio, Pennsylvania, and Virginia. That comes to about $500,000 per day, with no signs of slowing up.

This stands in stark contrast to the Donald Trump campaign, which hasn’t bought any television ads yet, according to the study. The absence of Trump campaign ads possibly results from the fact that the presumptive GOP nominee has lagged behind in fundraising since securing the nomination, but also reflecting the candidate’s aversion to traditional campaign tactics.

“I don’t even need commercials, if you want to know the truth,” Trump said Wednesday at a campaign event in Maine.

While Trump was able to win the Republican nomination using a mix of large rallies and free media as news organizations (including Fortune) fell over themselves to feature the headline-grabbing magnate, the general election is turning out to be another matter altogether. Poll aggregators have consistently had Clinton leading by solid margins, with the latest reading showing Clinton up 4% nationally. To reach general election voters, who are more moderate and less politically aware than the Republican primary electorate, Trump may have to reconsider his aversion to spending big on television ads.