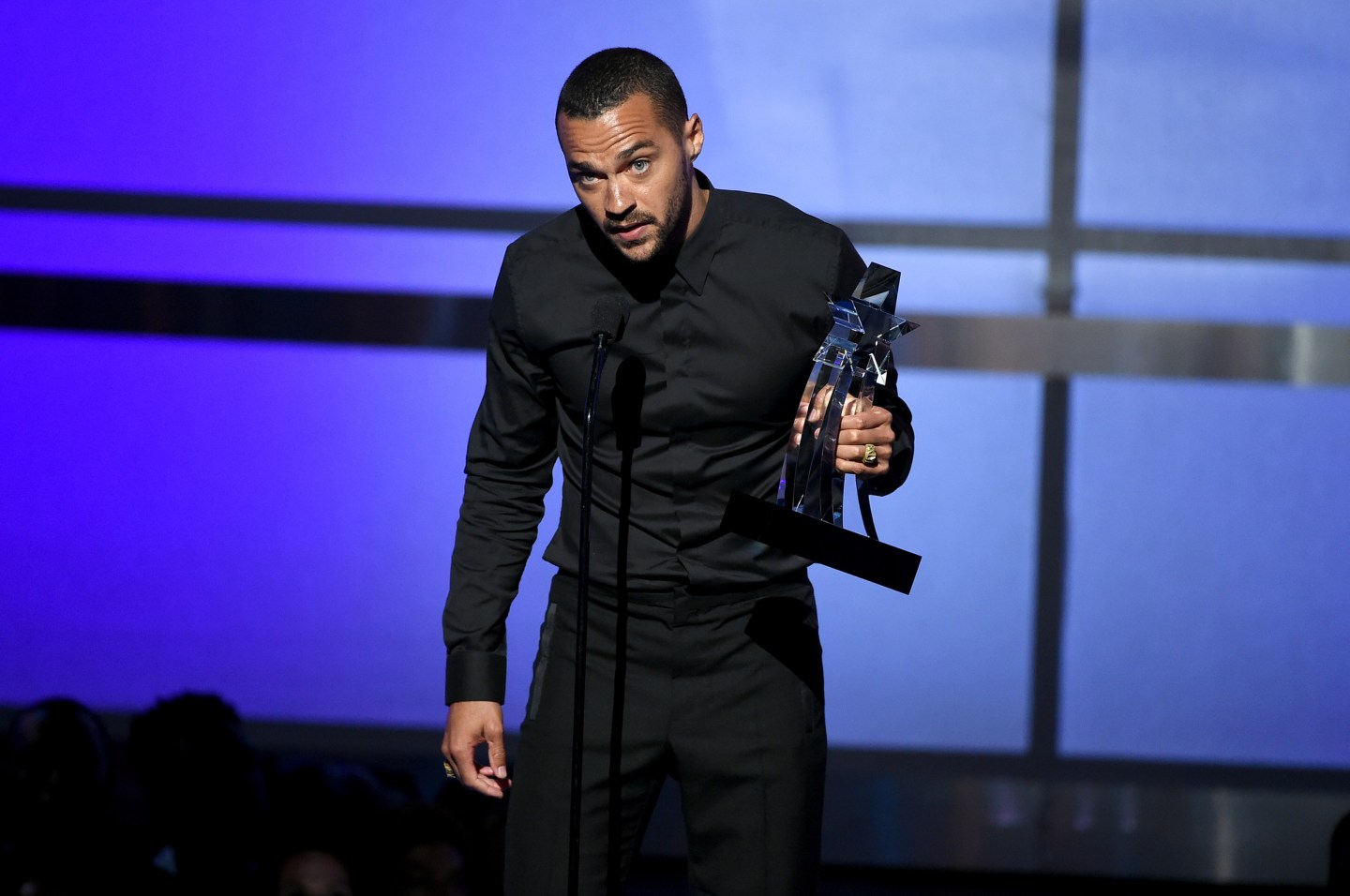 On Sunday night, Grey’s Anatomy actor and activist Jesse Williams won a humanitarian award at the BET Awards, and stole the show.

If you haven’t seen the video or read the transcript, you should. It was one of the most lucid and heartfelt critiques of systemic racism, institutional violence, cultural appropriation and exploitation, and a love letter to black women who have “spent their lifetimes dedicated to nurturing everyone before themselves. We can and will do better for you.”

“We’ve been floating this country on credit for centuries, yo. And we’re done watching, and waiting while this invention called whiteness uses and abuses us. Burying black people out of sight and out of mind, while extracting our culture, our dollars, our entertainment like oil — black gold. Ghettoizing and demeaning our creations then stealing them. Gentrifying our genius and then trying us on like costumes before discarding our bodies like rinds of strange fruit. The thing is, though, the thing is, that just because we’re magic doesn’t mean we’re not real.”

It was electrifying. He was calm, poised, focused, unflinching… and light-skinned.

Of the millions of conversations that happened online, in solidarity and in complaint, one that caught my own light-skinned eye was a heartfelt exchange about what’s called “colorism” and the easier time that people of lighter hues have in the world. Did Williams, a light-skinned man, have the credentials to speak this way?

The conversation about colorism is uncomfortable because it threatens to divide us. But our blackness HAS to contain multitudes. It must.

Eve Ewing, a sociologist who studies race, racism and inequality in the public schools, and who uses her Twitter feed to hold difficult conversations about race, took the opportunity to discuss colorism. “The conversation is uncomfortable because it threatens to divide us,” says Ewing, “even within families.” She posted data showing that darker skinned students fare worse in schools and are disproportionately punished than their light skinned peers.

Light-skinned people also get shorter prison sentences. “There is also some nascent data on colorism and how it may play out in hiring situations,” she says. Bottom line, we end up better educated, offered better jobs and yes, occasionally win awards.

These are the sorts of implicit biases that are so deeply ingrained that they are hard to surface. “But these difficult conversations help us remember that there is more than one type of black person,” she says.

The key is embracing the privilege openly, which is exactly what Jesse Williams has always done. “And it doesn’t undermine our ability to do justice work.”