The 2016 Presidential Election Could Have Two Spoiler Candidates 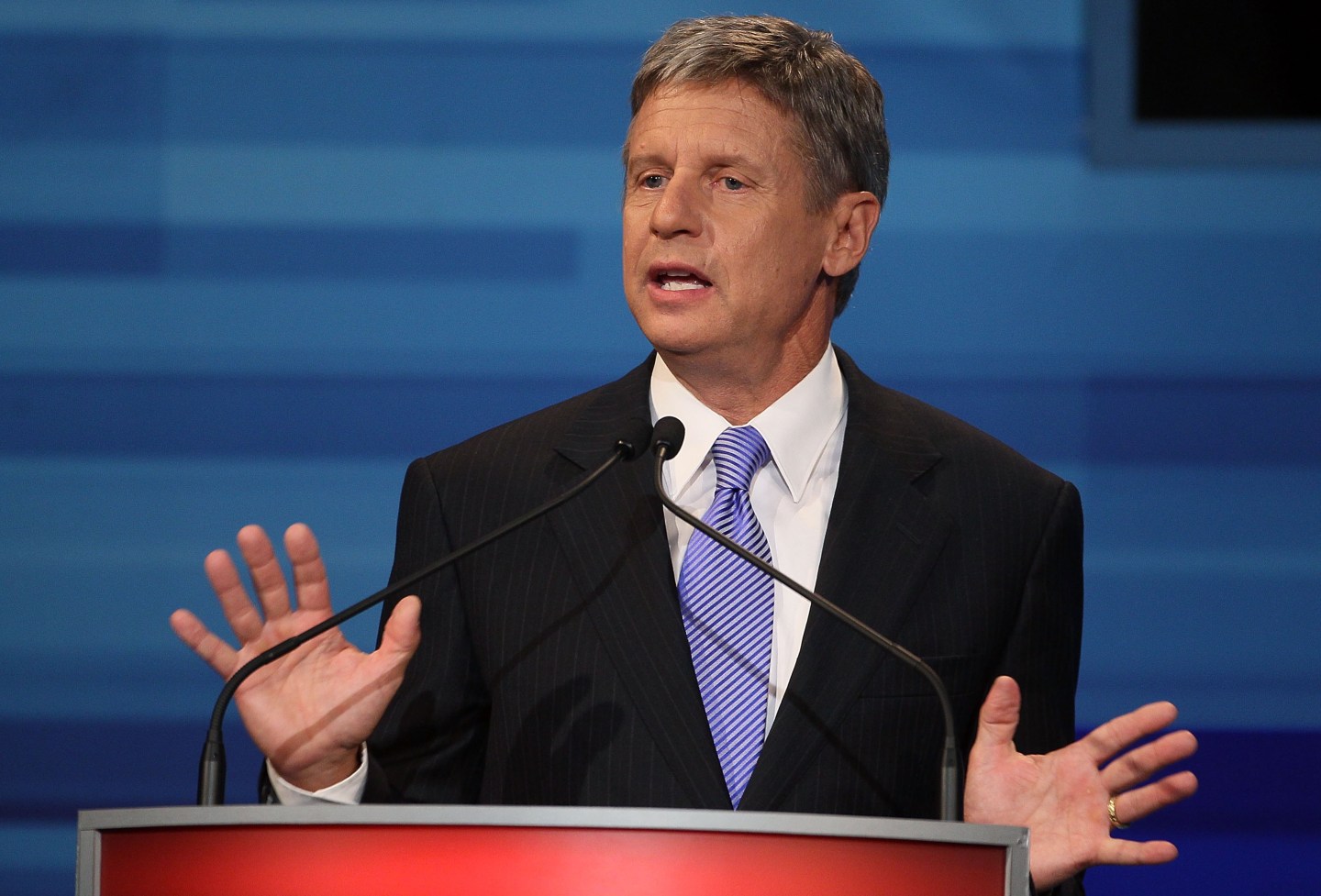 Last week, CNN hosted a Town Hall for Libertarian Presidential candidate Gary Johnson and his running mate William Weld —a level of attention the mainstream political press hasn’t paid to a third party candidate since Ross Perot was included in the presidential debates in 1992.

Johnson isn’t the only third party candidate who looks primed to make a dent in this year’s race. Jill Stein, who ran on the Green Party ticket in 2012 and looks likely to win the party’s nomination this year, is also polling better than expected.

In an NBC News/Wall Street Journal poll released this weekend, Hillary Clinton is leading the pack with 39% of likely voters committed to the candidate. Donald Trump came in second with 38%. Johnson took 10% of the vote and Stein received 6%.

Compare those figures with the 2012 election results, when Johnson received around 1% of the popular vote on the Libertarian ticket and Green got 0.36%.

Third party candidates are gaining traction this election season largely because the two major party candidates have historically high negatives. Both Clinton and Trump won highly contentious primaries — Trump alienated much of the GOP and many voters, and Clinton was challenged by Bernie Sanders from the left with much more vigor than she or just about anyone likely expected. In an election where the political establishment has been portrayed as the enemy by members of both major political parties, it would make sense that more voters than usual may be looking for alternative options.

Stein and Johnson are trying to win over voters in very different ways, though. Johnson has mostly opted to play the nice guy, praising both Hillary Clinton and Barack Obama and being relatively neutral towards Trump. When asked about the three individuals during CNN’s Town Hall, Johnson didn’t say anything negative about either of his opponents. Weld called Trump a “huckster,” but refrained from offering more serious criticisms of Trump’s policies.

Stein, on the other hand, has filled the role of lefty firebrand, speaking out frequently against both Clinton and Trump, often in very harsh language.

I'm glad that @HillaryClinton evolved on gay marriage, but we can't wait for her to evolve on #FightFor15, #Fracking, #TPP, #Palestine, etc.

.@realDonaldTrump's campaign is essentially an elaborate con – like his businesses. His paper candidacy frees you to vote your conscience.

Some of this is likely a matter of style — Johnson is a former Republican Party member and two-term governor of New Mexico, so running a more traditional campaign probably suits him. Stein, meanwhile, is more of a political outsider, having always run as member of the Green Party. Her only experience in elective office is as a member of the Town Meeting in Lexington, Mass.

Stein is also making more direct appeals to disenchanted voters than Johnson. Johnson has thus far refrained from making the case to Republicans that he is an alternative to Trump for those who supported other primary candidates. Stein, on the other hand, has vigorously courted Sanders supporters, even suggesting that she would step aside for Sanders if he wanted to run for president on the Green Party ticket.

Either way, Trump and Clinton may see some of their votes sucked up by a third party option. Stein and Johnson will need to break the 15% threshold to be included in the Presidential debates this fall, not an easy feat.