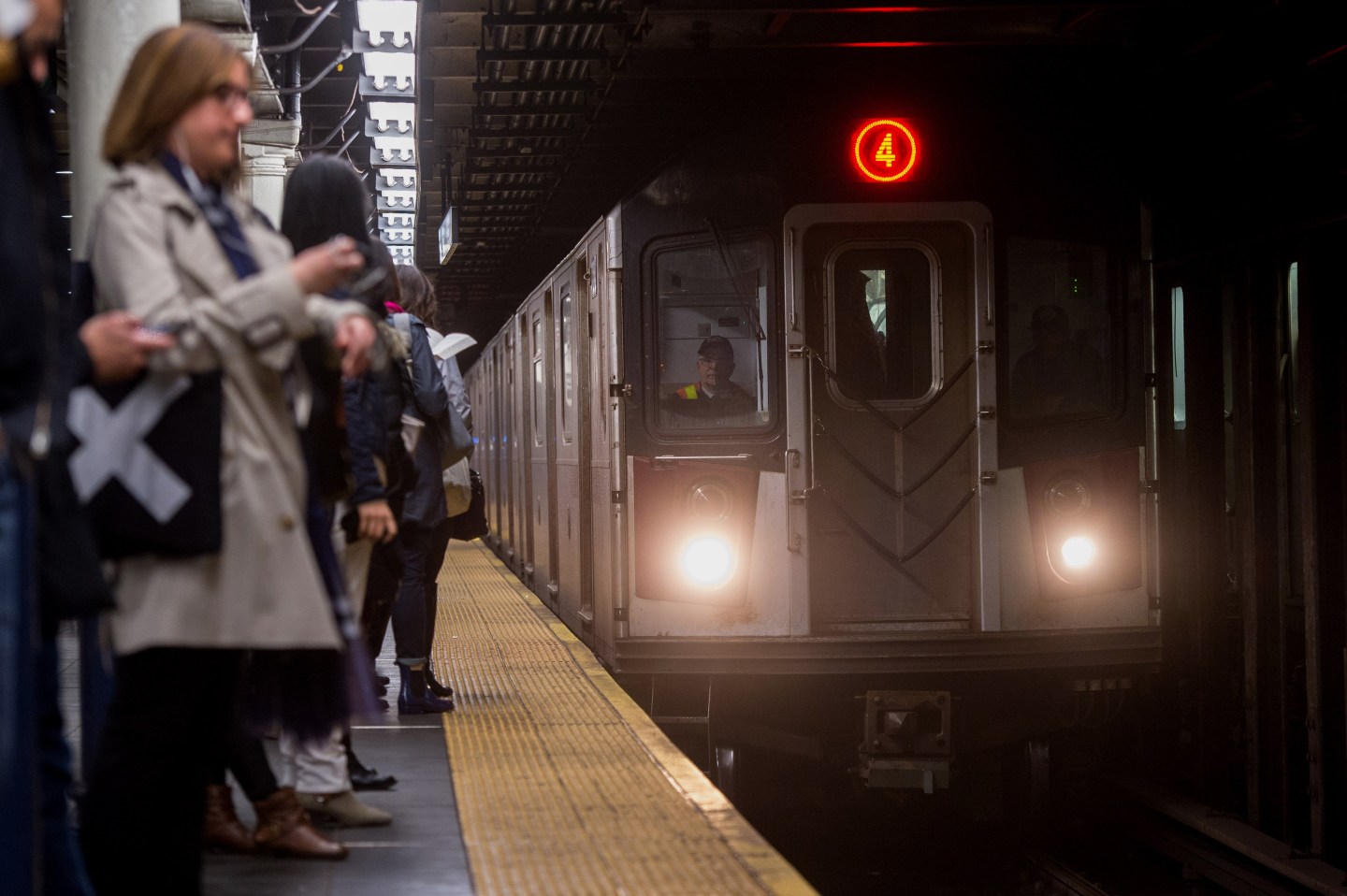 Commuters wait for a 4 train to arrive at the Fulton Street subway station in New York, U.S., on Thursday, March 26, 2015. It now costs $2.75 to ride the New York subway as of March 22, a 25-cent increase that will help fund the Metropolitan Transportation Authority's budget. Photographer: Craig Warga/Bloomberg via Getty Images
Photograph by Craig Warga — Bloomberg via Getty Images

The daily subway commute may be tiring and tedious, but it should never been dangerous.

On Monday, Joseph Fox, chief of transit for the New York Police Department, said that there have been 458 reported sex crimes in the subway so far this year, compared with 299 through the same period in 2015, according to the Wall Street Journal. That 53% increase includes unwanted touching, public lewdness, and the taking of unwanted or surreptitious video or photos. The numbers do not include rape; Fox said that the subway typically has one to two reported rapes annually.

The transit chief said he believes that the spike is the result of more sex crimes being reported rather than more incidents actually taking place, reports the WSJ. “Crimes that would previously go unreported because victims are embarrassed, intimidated or lacked the confidence that the case would be taken seriously are now being documented and fully investigated,” he said.

New York Gov. Andrew Cuomo responded to the stats on Tuesday, sending a blistering letter to MTA Chairman Thomas Prendergast. “This is completely unacceptable,” wrote Cuomo. “We cannot and will not allow these crimes to persist.”

The governor ordered the MTA to “take all steps available to strengthen patrols in the subway system, including the use of more plainclothes officers to crack down on this sort of depraved behavior, and to work directly with the NYPD’s Transit Bureau to reassure riders and enforce the rule of law in light of these disturbing statistics.”

Unfortunately, New York is not the only city that struggles with keeping women safe on public transport. Last year, a survey of 600 women living in Paris found that 100% of them said that they have been sexually harassed while riding the subway. In Germany, an operator made headlines earlier this year when it announced that it would start offering cars designated for “women and children only.” Women-only subway cars are common in a slew of cities, including Tokyo, Delhi, Dubai, and Rio de Janeiro, though there’s hearty debate over how much protection they actually provide.