This Is America’s New Favorite Candy 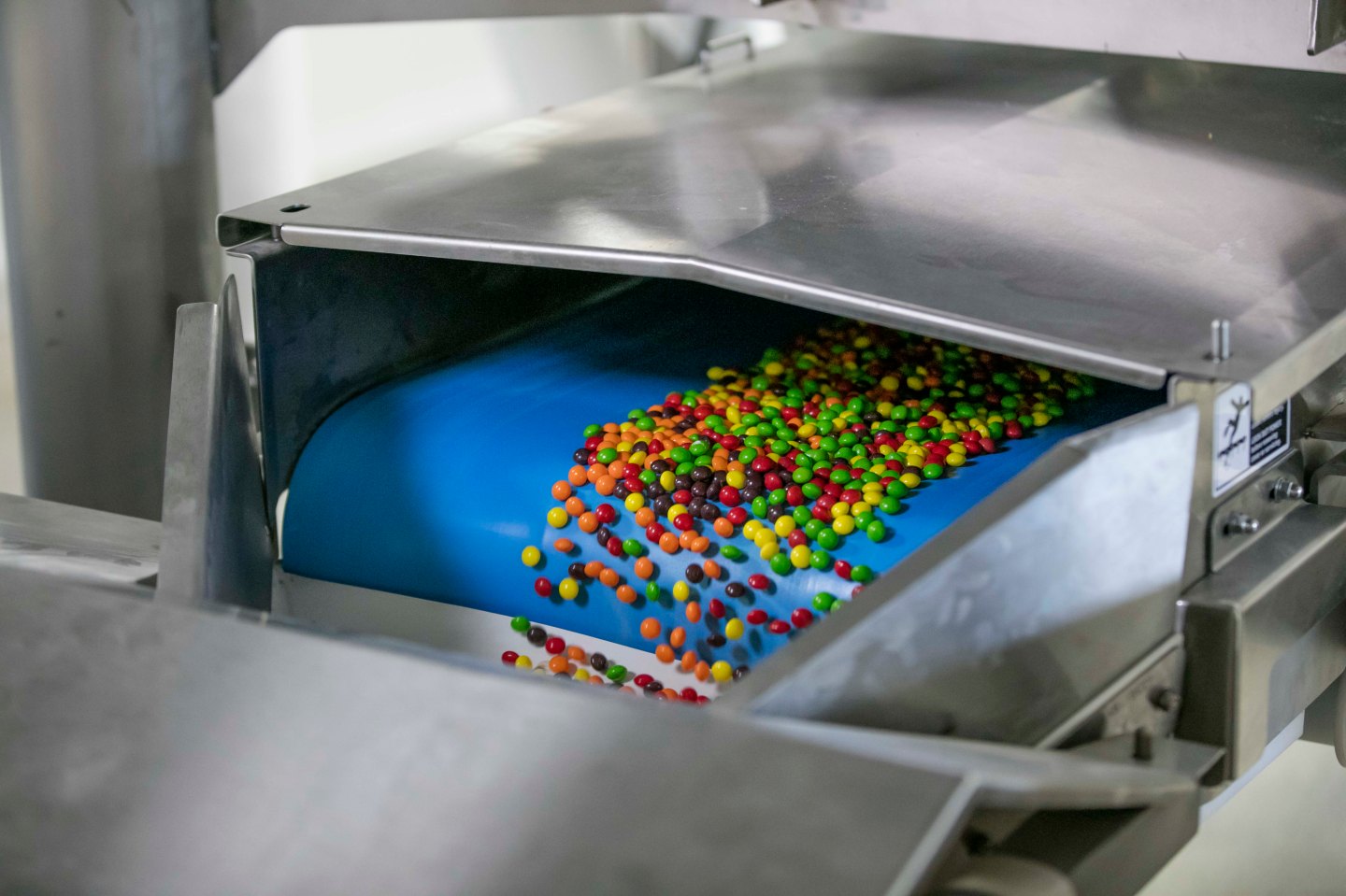 Mars is savoring the sweet taste of success.

The company’s Skittles brand is now the No. 1 non-chocolate candy by market share across all retail channels, followed by Lifesavers and Hershey’s Twizzlers, according to Nielsen. If you take out mints and seasonal items, Twizzlers takes the No. 2 spot.

Mars says Skittles moved into the top spot last year but kept silent about the brand’s dominance in order to make sure it maintained its lead.

Mars’ Wrigley Americas President Casey Keller says that Skittles’ edge has come from teaming up with organizations like the NFL (it advertised during the Super Bowl twice), the ongoing success of its Taste the Rainbow campaign, and new twists on a candy that’s had a presence in the U.S. for four decades. This summer, for example, Mars is rolling out a limited edition red, white, and blue “America Mix.”

To meet increasing Skittles demand, Mars has expanded its Wrigley plant in Yorkville, Ill. (Skittles is part of Mars’ Wrigley division, which the company acquired in 2008.) Previously all Skittles sold in the U.S. were made in Waco, Texas. Mars has spent about $1 billion on expanding its facilities in the U.S. over the past five years.

Dollar sales are growing across the entire candy category—both chocolate and non-chocolate—while the volume of sales has remained flat, according to Keller. That suggests that consumers are trading up, perhaps from generic brands to somewhat higher-priced candies like Skittles. “It’s a category that’s very fragmented and has a lot of brands and is slowly consolidating,” Keller notes.

Confections like Skittles have bucked the broader trend in the food industry, as consumers have shifted their dollars to healthier fare. As Fortune reported last year in “The War on Big Food,” chocolate and candy sales have held up because there was never any confusion over their status as an indulgence.

“Confections are a treat,” says Keller. “We’re not going to hide from that. They can be part of consumers’ lifestyle and diet but in moderation.”

Mars has been one of the industry leaders when it comes to health initiatives like food labeling. The company backed U.S. government efforts to include added sugars on nutritional labels and has supported health authorities’ recommendations to limit sugar consumption.

Skittles started in the U.K. as “Glees” in 1963 before entering the U.S. market in 1974 as Skittles. They were designed to be a non-chocolate alternative to M&Ms—a similar hard, melt resistant shell candy.