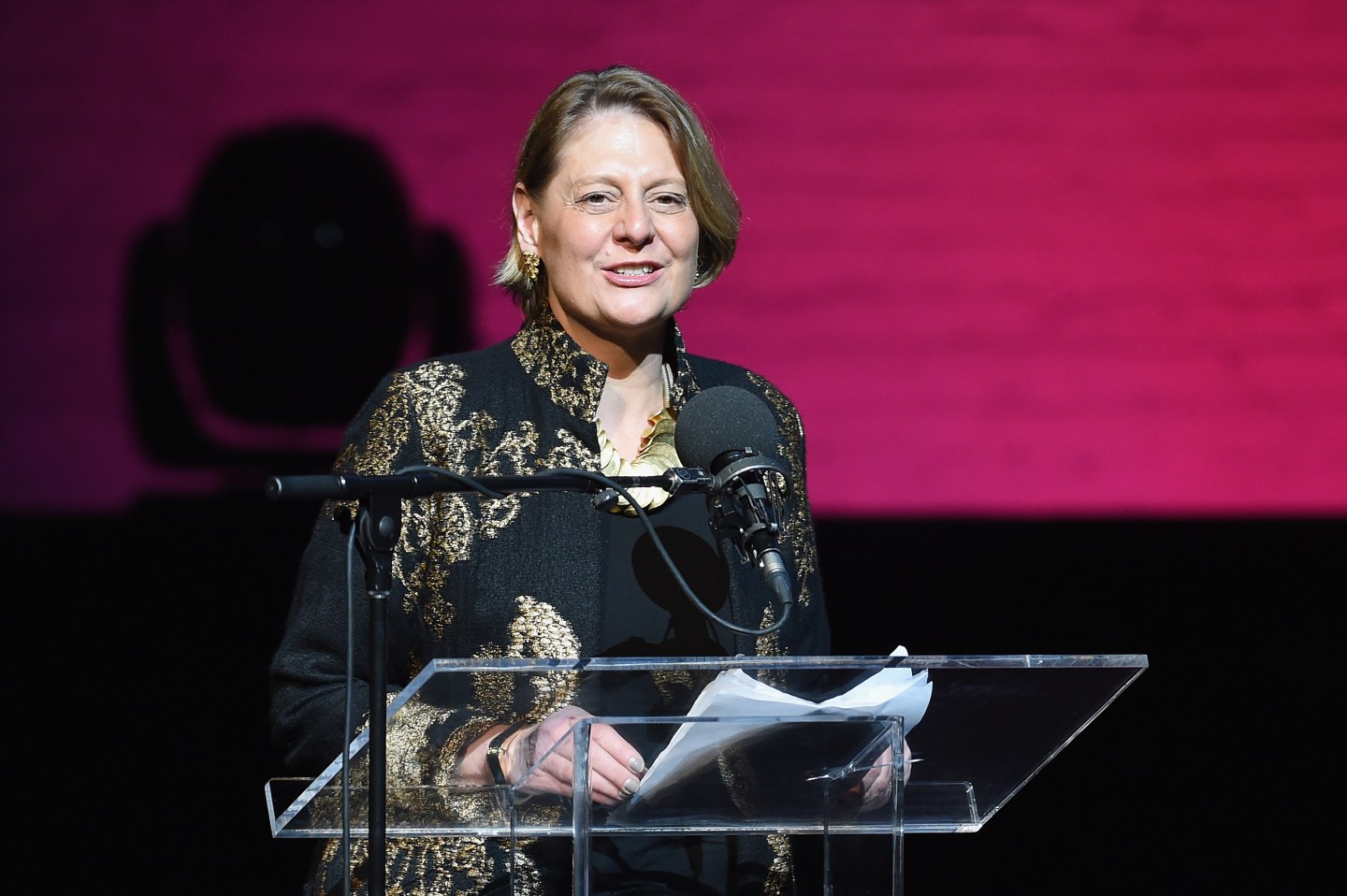 As the president and CEO of New York Public Radio, Laura Walker oversees seven major radio stations in the New York area, including WNYC, the organization behind popular podcasts Radiolab, The New Yorker Radio Hour, and Death, Sex & Money. Fortune sat down with Walker to talk about how she got her start in radio, what business school was like for women in the 80s, and why we need more women in podcasting.

Fortune: So, first and foremost, why radio?

It all goes back to my childhood—everything goes back to your childhood, isn’t it funny? My father was a musician and he listened to the radio all the time and I would hang out with him in the mornings and just listen to music. And we would talk a little bit about the music and what was going on. He was an avid listener of music and also really loved the news. After he died, I found this really fat file of little strips of paper where he would write down little remembrances of radio things. I like to think that he left them for me.

You started your career in print journalism at the Patriot Ledger before switching over to audio. How are the two different?

I started in print because it’s such a good training ground—to have to just go in and write every day. But I did want to be in radio, so I would call NPR every single day and apply to every single job and, you know, it was a time that this time reminds me of. It was a time when lots of new things were happening, it was like you walked in there and every single person was in their 20s. I truly, truly felt like, ‘I’m not going to give away this secret, because I got to do something I loved and get paid for it.’

So you’re in this dream job, but then about three years into it you leave to go to business school. Tell me about that decision and what business school was like for you as a woman at that time (the 1980s).

NPR had a major, major financial crisis. I don’t know how bad it was, but it was really bad. They had to lay off maybe 50% of the staff. And so that was when I decided I was going to go to business school. I only applied to Yale because it had this focus on the non-profit sector. It had been founded with this kind of mission of educating leaders, and it was actually pretty equal [in terms of gender]. Business schools were pretty equal until the [financial market] crash of 1987. When I went back later for an anniversary I found out it was only 30% women and I was like, ‘What?’ My understanding is that after the crash, a lot of women decided that it just wasn’t worth it.

Interesting. And you’ve come full circle back to radio—except now you’re running the show. How is the management side different from the editorial/creative side?

I actually didn’t realize how creative management could be. I did feel in my gut that people had a hard time managing creative people and there wasn’t a lot of thought about it. But I think there’s a lot of creativity in the numbers and in growing a business.

Tell me about Werk It, WNYC’s annual festival for women in podcasting. What sparked the idea for it?

It came about because there had been a study published in 2013 that looked at the top 100 podcasts and looked at how many are hosted by women and how many are hosted by men. Eighty percent were hosted by all men and 10% were men and women, and 10% were only women. I thought: ‘This is just not right, we need to do something about it.’ And so I told that story to [Patricia Harrison] the head of the Corporation for Public Broadcasting, and I said, ‘What are we going to do about this? We’ve got to do something.’ So we came up with a proposal for Werk It, and they agreed to help fund it.

So what is Werk It all about?

It’s about the notion that women need to have their own voices and that this should be the medium that gets to 50/50 the fastest.

And how are we going to get there?

What are the women-led podcasts that you’re listening to?

Is there a different approach that women take?

I think that many women are natural storytellers and aren’t fearful of mixing the personal and the factual. If you listen to Only Human, Mary Harris does a really great job of telling the story of why certain people are having trouble hearing by mixing the story with the science. I think also women often can ask tough personal questions like Anna [Sale] does after creating a bond of trust. And they aren’t afraid to explore at deeper emotional levels.

But most importantly I think it’s just that we need everyone’s voice. The thing about podcasting versus print is that you know right away whether it’s a woman or a man, so you’re very aware and you sometimes can tell where they might be from or what perspective they have. It’s such an intimate medium.