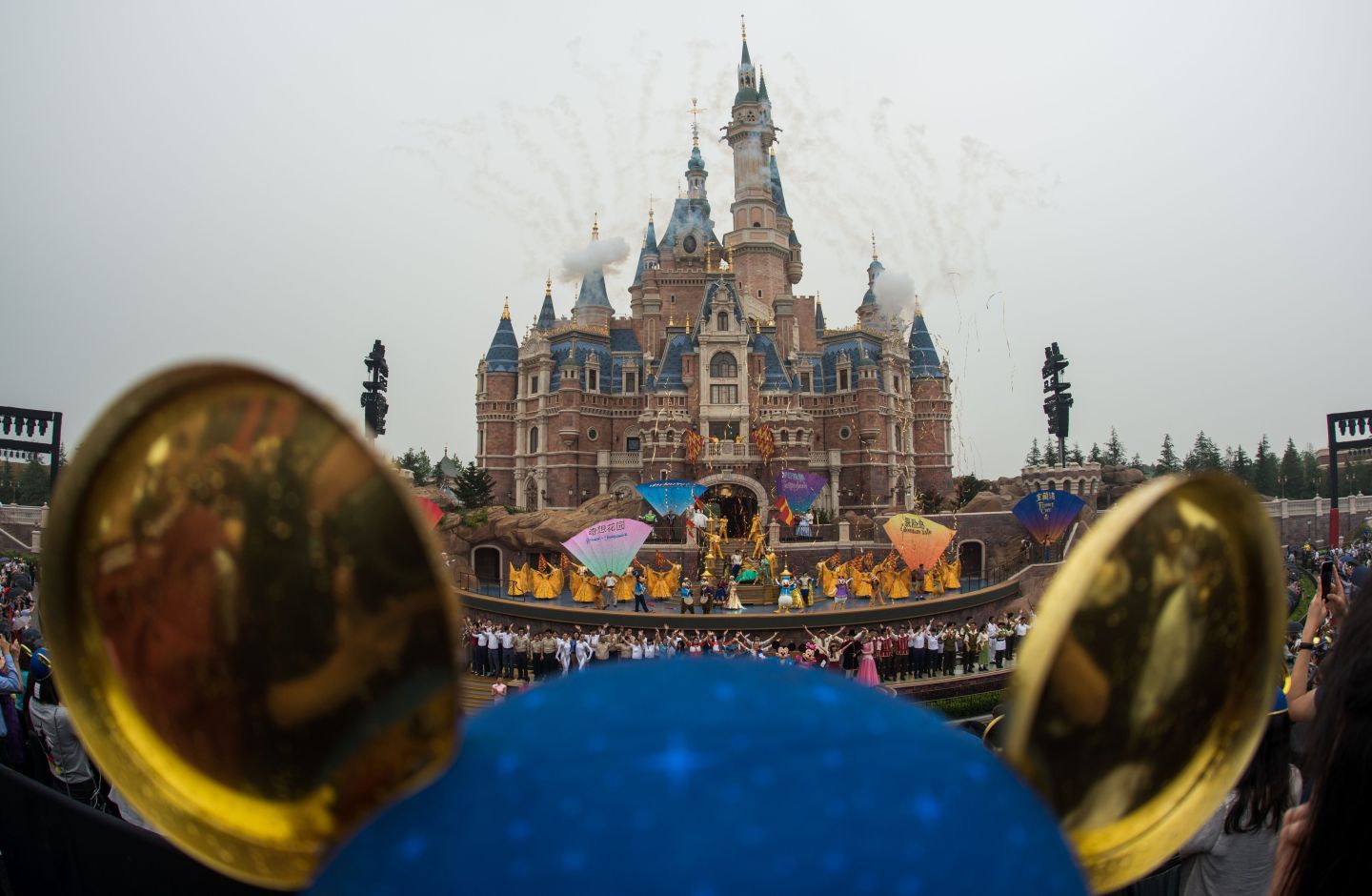 On Thursday, Disney opened its sixth theme park location worldwide, in Shanghai, China. The park and resort cost about $5.5 billion to build and span an area more than 11 times the size of the original Disneyland, in Anaheim, Calif. Visitors can choose from six themed zones, such as Fantasyland and Tomorrowland, plus two hotels and a shopping area. In addition to traditional favorite attractions like Dumbo the Elephant, it also features new rides including Tron, a futuristic roller-coaster based on science fiction films of the same name.

Visiting the most magical place on Earth—whichever location on Earth you choose to frequent—isn’t a cheap outing. So we decided to rank Disney’s parks by cost of admission (not including the other things you will no doubt be shelling out for, like food, drink, souvenirs, and FastPasses to cut the line). For the purposes of simplicity, let’s assume you’re visiting the theme park with a family of four: two adults and two kids, one of whom is a teenager and the other under the age of 10. Of course, if you’re planning a multi-day trip, the per-day cost of your visit will almost certainly drop.

If you’re planning a visit to the City of Light, be sure to stop at Disneyland Paris–if only because it offers the best bargain in the global Magic Kingdom. Europe’s only Disney location, opened in 1992, features two parks: Disneyland Park and Walt Disney Studios Park. Both have French-themed attractions like Le Carrousel de Lancelot and Les Tapis Volants (flying magic carpets, for all you Aladdin fans), as well as traditional favorites like Indiana Jones and the Temple of Peril.

Read next: 17 Secrets for Saving at Disneyland

Presuming you’re flexible on which day you can visit the park, let’s calculate the total cost using the lowest entry fees. That amounts to a $40 cost for three members of your family and $33 for the youngest—for a total of $153 for a day of fun.

Disney’s newest park is also among its most affordable. Trying to avoid the low visitor numbers faced by its Chinese counterpart in Hong Kong, it has developed a pricing system based on when it predicts the park will be busiest.

Read next: 15 Fun (and Cheaper) Disneyland Alternatives for the Summer

Assuming your family visits during an off-peak time, and both your kids are below 1.4 meters, your total cost for a day at the park comes in at just under $200.

Disneyland Tokyo, which opened in 1983, was the first Disney park built in Asia. It features classic rides like Splash Mountain and It’s a Small World, as well as Star Tours, a 3D Star Wars-themed attraction that immerses riders in a galaxy far, far away with their favorite characters.

A one-day pass there will run adults (those over 18) 7,400 yen, or about $70 in American currency. For juniors, classified as kids between 12 and 18, the cost of spending a day in the most magical place in Japan is about $60, while kids between ages 4 and 11 will cost their parents about $45. Children under 3 can frolic for free.

Ticket prices are the same regardless of when you visit. A one-day ticket costs HK $539, or about USD $70, for customers between the ages of 12 and 64. Children, meanwhile, are charged about USD $50.

The original Disneyland theme park, built in 1955, features traditional attractions like Space Mountain and the Mark Twain riverboat, as well as a theatrical rendition of the 2014 hit Disney movie Frozen. It’s also among Disney’s priciest theme park locations. Adult ticket prices range from $95 to $119 for guests over the age of 10, depending on when you visit. Assuming your visit is timed with one of the park’s least popular times of year, the three adult members of your party will pay $95 a ticket, while your youngest family member will pay $89.

The Orlando, Fla., amusement park—which features attractions like Epcot Center and Disney’s Animal Kingdom—tops out as the most expensive Disney destination. Originally opened in 1971 to supplement Disneyland in California, it quickly grew into a monumental park of its own, with 27 surrounding resorts and four separate theme parks. (Unfortunately, the park also made recent headlines when an alligator dragged away a young child in a nearby resort).

You’ll pay heavily for the privilege of visiting this larger-than-life amusement park complex. Admission prices for adults at Disney World range from $97 to $114 if you’re looking to see all four theme parks on the campus. Again, let’s assume you’re able to visit when costs are cheapest. In off-peak times, members of your party over the age of 10 will pay $97 for a one-day “Value Pass” to all four theme parks, while children will be charged $99 each to explore the park for a day.