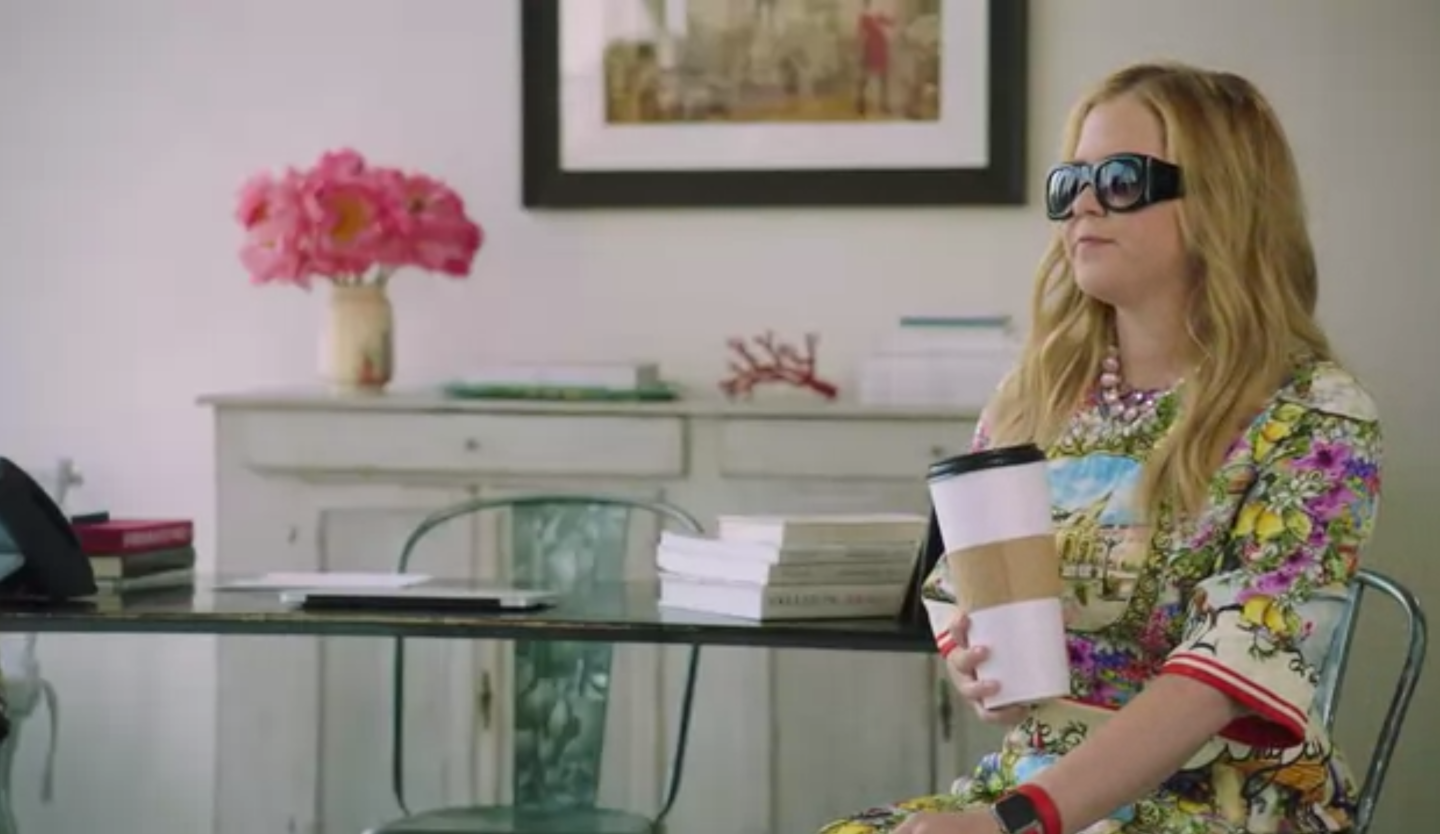 Amy Schumer may be famous for mocking the ridiculous beauty standards our society thrusts on women, but that didn’t stop her from claiming the most coveted perch in fashion: the cover of Vogue.

Here she is on the July cover:

In the accompanying feature, Schumer talks about her disinterest in playing the Hollywood game (“I want to redefine it”), her deep connection to fellow comedian Joan Rivers, and her support for Hillary Clinton. She also weighs in on fashion, saying, “I don’t think it’s stupid…It’s just not my thing.” As for her appearance in Vogue: “I think that there’s a misconception in fashion that everybody wants in. I am very happy to remain out.”

As if to prove just how out she is, Schumer also wrote a sketch in which she and Vogue editor Anna Wintour swap jobs for a day. I don’t think it’s too much of spoiler to say that the comedian doesn’t seem to know a ruche from a ruffle—though she looks great in a Wintour-esque dress-and-sunglasses ensemble. Watch the full video below:


Watch this on The Scene.