This Is What Happens When Men Try to Take Paternity Leave 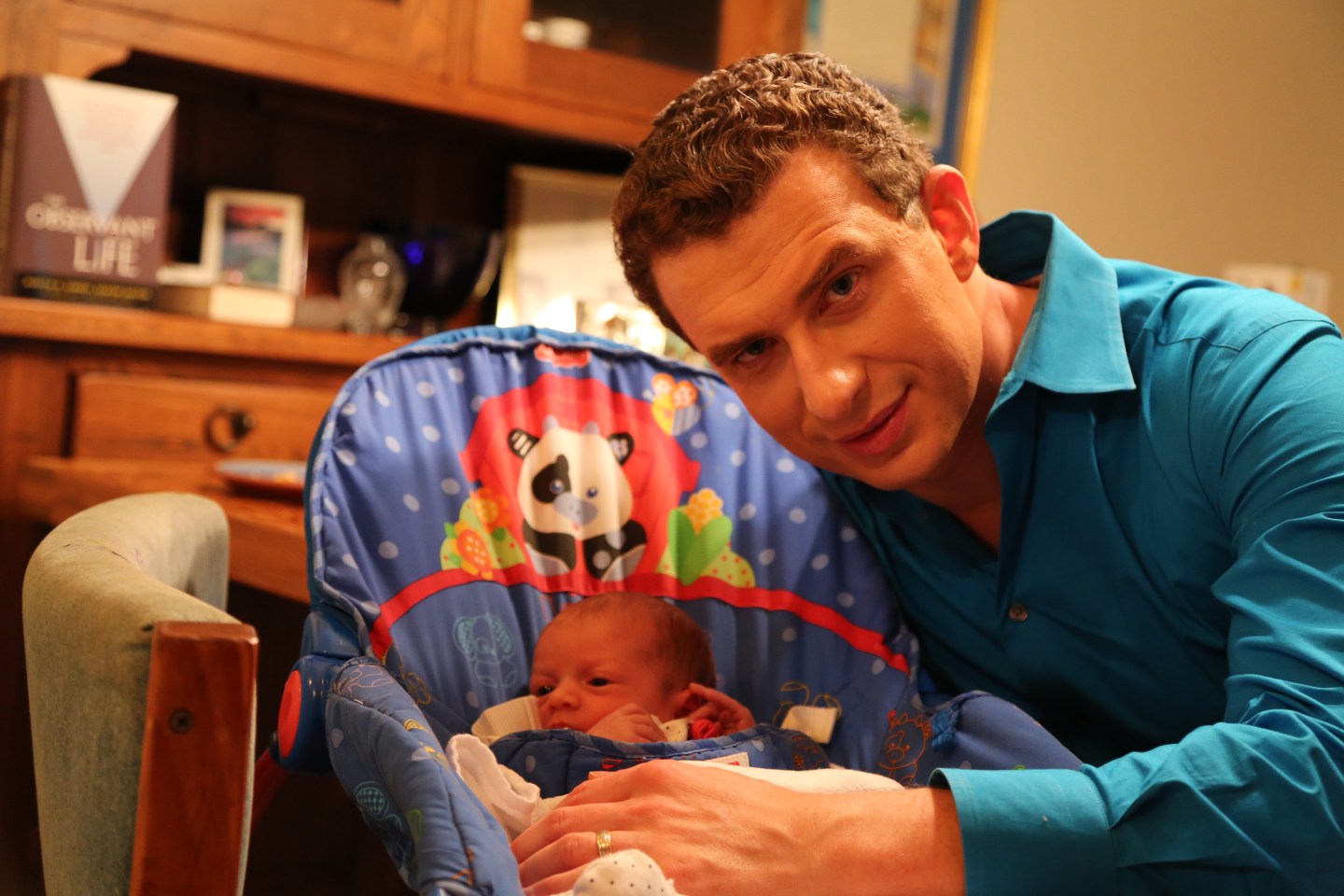 Josh Levs, with his daughter, in 2013.
Courtesy of Jim Gilson

Ariel Ayanna was a beloved attorney at his law firm when he faced a devastating personal crisis. His pregnant wife attempted suicide.

Ayanna took time off to care for her, the baby, and their older child. When he came back to work, his attorneys say, the firm wouldn’t give him back his clients. Co-workers openly derided him for being a caregiver, which broke from the “macho” environment, according to the attorneys. A few months later the firm fired him, citing his alleged low billings. (The case was eventually settled.)

His story is one of many that I researched while writing a book about how fathers are penalized by our work-first culture. Across the country, men face negative repercussions in the workplace for being caregivers at home. And increasingly, they’re taking legal action. Men now file 28% of childcare cases against their employers, a 2016 study by Center for WorkLife Law found.

My battle against my employer, CNN/Time Warner, opened my eyes to the prevalence of this problem. (Time Inc., which owns Fortune, previously was part of Time Warner.) When my wife was pregnant with our third child, we determined that I’d be needed at home for caregiving after the birth. The policies allowed ten paid weeks for parents to care for a new child — except biological fathers. Adoptive parents and mothers were covered by the ten-week policy, but biological dads were only entitled to two weeks.

The company refused my request for the ten weeks, even when my daughter was born prematurely and my wife was ill. When I took legal action, the support that came in from so many quarters was stunning. And ultimately, the company decided to change its policy and make it more equitable.

One disturbing example I found in my research: a truck driver who cared for his 87-year-old mother. His co-workers allegedly posted graphic, disturbing drawings of him questioning his sexuality and gender identity. When he took leave to care for his mother, he was fired, his attorneys say.

The core problem behind all this can be summarized in two words: Mad Men. The modern workplace was designed with simple gender expectations: men work, women stay at home with kids.

This is why so incredibly few big companies have on-site childcare. It’s also why the United States stands alone as the only developed nation with no paid maternity leave system. The thinking is: “She’s supposed to stay home with the kids while the men make all the money.”

When businesses offer paternity leave and flexible schedules for both men and women, they attract and retain high quality, loyal employees. American men are even more likely than women to switch jobs or careers to in order to work somewhere that supports family time, EY found. Also, giving men the option of caregiving means giving women the option to come back to work sooner — and that gives businesses the chance to hold onto their best employees regardless of gender.

Over the past year, more and more companies have announced new policies to create or expand leave. Still, less than one in five businesses offers paternity leave, according to the Families and Work Institute.

And even when it is offered, stigmas prevent men from using it. Jeff Porzio worked for a big advertising firm in Massachusetts when his child was born. He took off one week, even though the company technically offered two. “It felt like a PR benefit, not a real benefit,” he told me. Porzio left for a smaller firm that supports him as a dad.

Afraid to speak out

Unfortunately, men haven’t generally been outspoken about this. As I travel speaking to businesses, men often tell me they have never before opened up about work-life conflict. And their female colleagues say they had no idea the men were struggling as well. When we get these conversations going, work cultures and policies start to change.

The American family has come a long way. Today’s dads are very different from those of previous generations. This Father’s Day, let’s all resolve to help the American workplace catch up to this new reality.

Josh Levs is author of All In: How Our Work-First Culture Fails Dads, Families and Businesses — And How We Can Fix It Together. A father of three and U.N. global gender champion, he works with numerous businesses and is a partner of the Dove Men+Care brand.