The Author of ‘Fight Club’ Is Releasing His Own Coloring Book 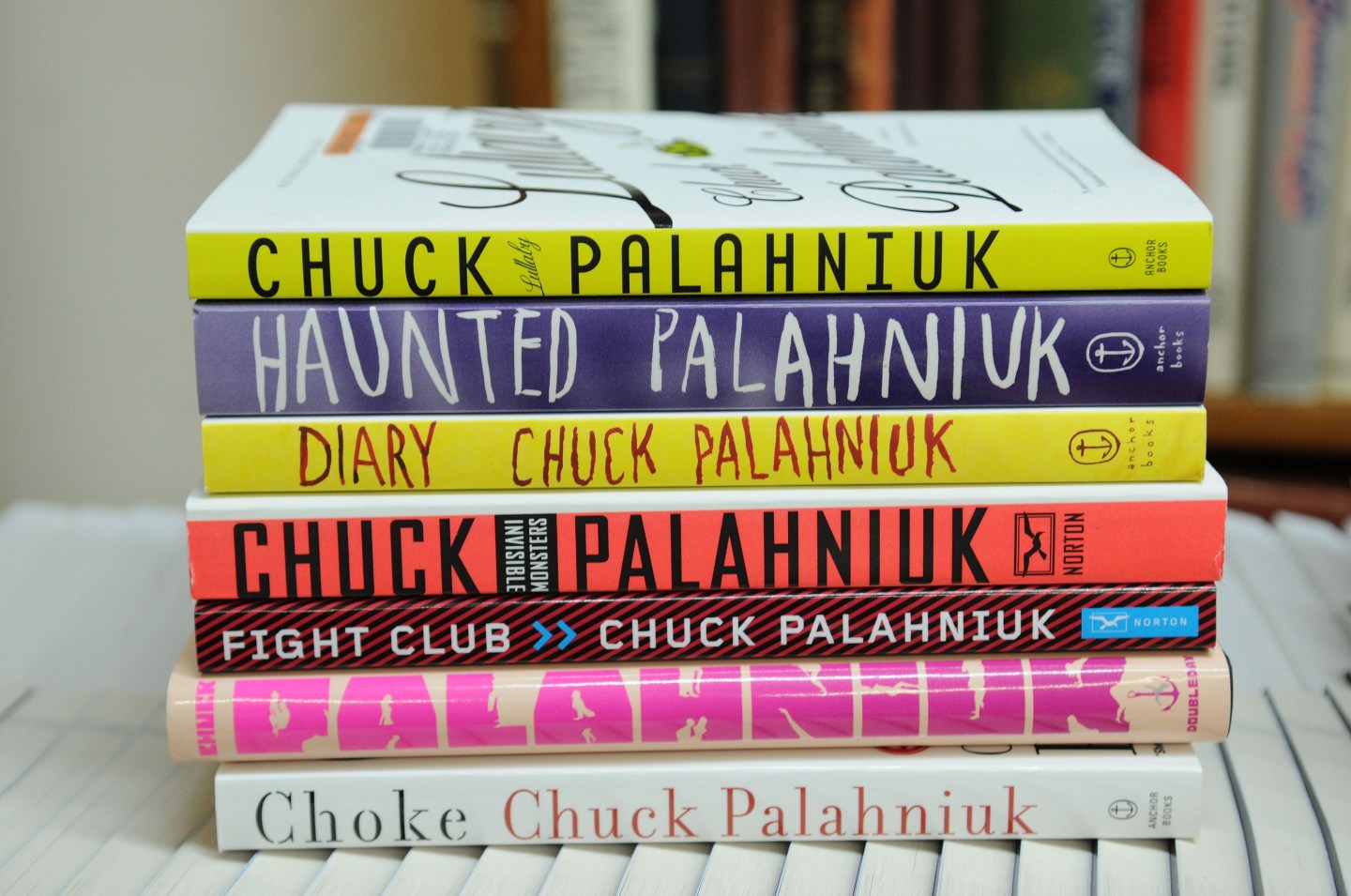 An unlikely character is getting into the adult coloring book craze.

About 20 years after he released his award-winning novel Fight Club, author Chuck Palahniuk is coming out with his own coloring book, which is being published by Dark Horse. According to a press release obtained by Comic Book Resources, it will be called Bait: Off-Color Stories For You to Color and it is scheduled to be released this fall, on October 26.

This is Palahniuk’s second big project with Dark Horse. The company is also publishing Fight Club 2, which is set to debut this month. It was originally published as a comic book miniseries, but the 10 separate issues are now being consolidated into a single graphic novel.

Bait is a collection of eight bizarre short stories written by Palahniuk and illustrated by eight different artists including Duncan Fegredo, known for Hellboy, and Lee Bermejo, whose art can be seen in Mad Max: Fury Road and several Batman comics. The coloring book will contain close to 50 illustrations.

“Maybe between your colors, the artists’ designs, and my stories we can create something that endures,” Palahniuk said in the press release. “Something worth keeping. Let’s create a well-bound book that can sit on any shelf and be available for a new generation to discover and enjoy.”