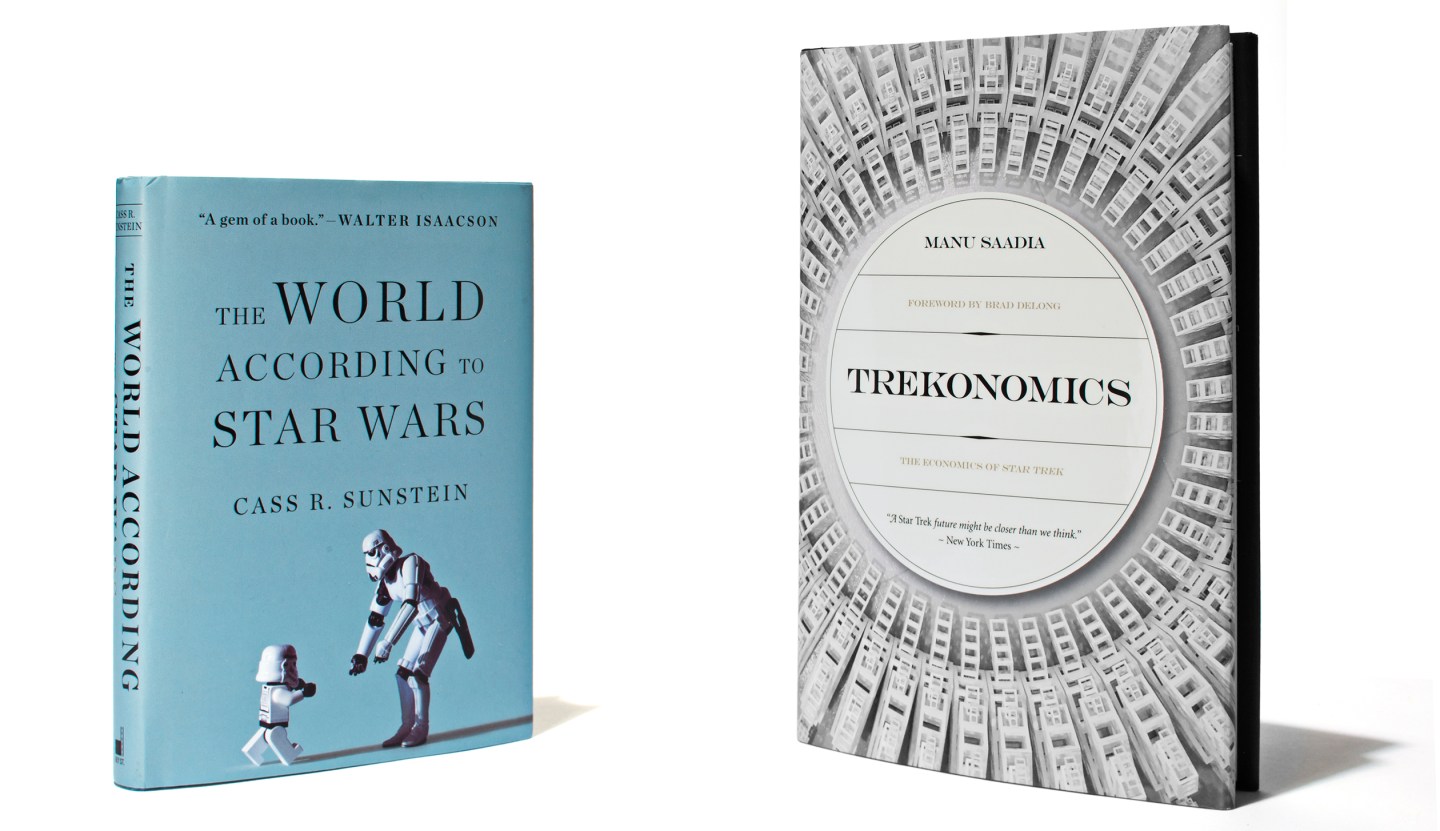 The World According to Star Wars
By Cass R. Sunstein

Cass Sunstein makes it clear upfront that he is nothing short of a Star Wars fanatic. In his latest book, the Harvard law professor flaunts virtuosic command of all seven Star Wars movies, making a strong case that the canon contains real insights into the way we think about religion, work, and family. For example, he argues that a good parent should draw equally from the compassion of Obi-Wan Kenobi and the firmness of Darth Vader and that Luke and Rey’s hesitance to join the resistance illustrates the dangers of inertia as described by behavioral economics.

If you don’t know a Wookiee from an Ewok, you might miss some of Sunstein’s finer points. But the book’s takeaways are universal—if there’s one lesson George Lucas drives home, it’s that making decisions in committee is always a mistake.

Trekonomics: The Economics of Star Trek
By Manu Saadia

Trekonomics is a fanciful romp through the economic theories that underpin Final Frontier life in the mid-22nd through late-24th centuries—as seen through the eyes of an erudite, if occasionally fawning, fan. But the book is also a serious and informative economic discourse, complete with a forward by Berkeley professor Brad DeLong. In the unusually utopian world of Star Trek, automation is ubiquitous, resources are abundant, and finance is virtually obsolete. The Federation’s interstellar society is characterized by a kind of genial, goods- aplenty socialism that enables its inhabitants to live long and, well, prosper. The author’s exploration of this more perfect world and how we might make it a reality is, of course, just one devotee’s interpretation. Because, as Dr. McCoy might say, this is fiction, damn it, not science!

A version of this article appears in the June 15, 2016 issue of Fortune with the headline “Star Wars vs. Star Trek.”