Sanders Under Mounting Pressure to Quit as Democrats Look to Unite 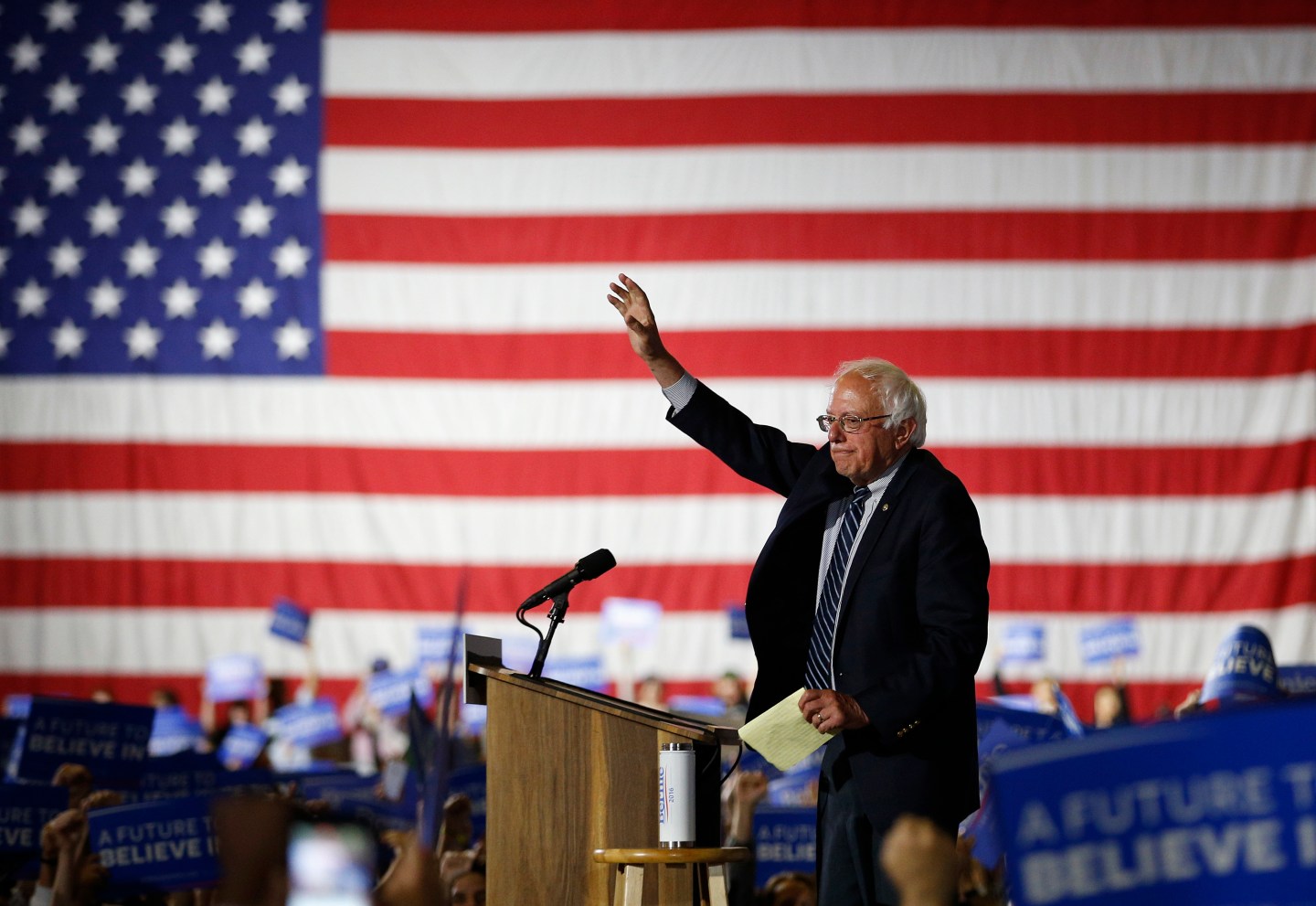 WASHINGTON (AP) — Under mounting pressure from Democratic leaders to abandon his presidential campaign, Bernie Sanders returned home to Vermont on Wednesday following dispiriting losses to Hillary Clinton. He vowed to fight on for a political revolution but showed signs he would bow to the inevitable and bring his insurgent effort to a close.

For Sanders, as his remarkable White House bid runs out of next stops, the only question is when. Just as important for Sanders is how to keep his campaign alive in some form, by converting his newfound political currency into policies to change the Democratic Party, the Senate or even the country itself, on issues including income inequality and campaign finance reform.

To that end the senator was to travel to Washington on Thursday to meet with President Barack Obama and Senate Minority Leader Harry Reid and speak at a rally. Obama is expected to endorse Clinton as soon as Thursday after his meeting with Sanders, and Reid is prepared to discuss with Sanders how the self-described democratic socialist might advance his goals back in the Senate.

Neither Clinton nor Republican Donald Trump had public events Wednesday, both preparing for the next big hurdle between themselves and the White House — a five-month head-to-head race to November.

Clinton herself did tell The Associated Press in an interview: “I think it’s time that we move forward and unite the party and determine how we are going to defeat Donald Trump, which is our highest and most pressing challenge right now.”

She said of Sanders: “He has said that he’s certainly going to do everything he can to defeat Trump. I’m very much looking forward to working with him to do that.”

Ahead of Thursday’s meetings, Sanders’ Democratic colleagues were growing increasingly outspoken in nudging him to wind down his campaign and throw his support behind Clinton. However, most stopped short of calling on him to drop out right away.

“Let him make that decision. Give him time,” Vice President Joe Biden said when asked if it was time for Sanders to halt his effort. Biden was arranging calls with both Sanders and Clinton to discuss the race before making a public endorsement of his own.

Sanders promised to continue his campaign to the last primary contest, in the District of Columbia next Tuesday. But about half his campaign staff is being laid off, two people familiar with the plans said Wednesday. They spoke on condition of anonymity because they weren’t authorized to speak publicly about the layoffs.

Sen. Bob Casey of Pennsylvania said it was time for the party to unite, “the sooner the better,” and Sen. Bill Nelson of Florida said Sanders should “stand down.”

Even Sen. Jeff Merkley of Oregon, the one Senate Democrat to endorse Sanders, said in an interview Wednesday: “We have a nominee, that nominee is Hillary Clinton, congratulations to her for winning the Democratic primary.”

Of Sanders, he said, “I think he’s laying the groundwork to make sure that we have a unified party at the convention and go into the November battle shoulder to shoulder.”

Some Democrats were disappointed that Sanders hadn’t acknowledged Clinton’s “milestone,” as she described it, in becoming the first woman to be the presumptive presidential nominee of a major party. In his speech following Tuesday’s primaries in California and New Jersey, which Clinton won easily, Sanders merely mentioned that they had shared a “very gracious call,” and that that brought boos from the crowd.

The task of persuading Sanders’ supporters to fall in line falls in part to Obama, still one of its most popular figures.

Though the White House has signaled for days that a presidential endorsement is imminent, Obama has sought to give Sanders the space to exit the race on his own terms. He has promised to campaign full-throttle for the Democratic nominee.

One big campaign question is whether the voters who helped elect Obama — young people, minorities and women — can be counted on to show up for someone else. To that end, aides said Obama planned to place a particular emphasis on young voters who have formed the core of Sanders’ support.

That effort was to start Wednesday evening, when Obama was taping an appearance with “The Tonight Show Starring Jimmy Fallon,” a favorite among younger viewers.

On Tuesday Sanders ended his final California rally with three simple words — “The struggle continues” — but his brief address in a Santa Monica airport hangar felt at times like a valedictory as he thanked supporters for “being part of the political revolution.”

As the Democratic race was wrapping up, Republicans were unraveling anew. Despite handily winning GOP contests in California, New Jersey, New Mexico, South Dakota and Montana on Tuesday, Trump was in damage control mode over his ethnicity-based attacks on a Hispanic judge that had party leaders in fits. After one senator rescinded his endorsement and House Speaker Paul Ryan called the comments “racist,” Trump sought to calm worries with a rare, scripted speech in which he insisted to voters he “will never, ever let you down.”

Despite Ryan’s concerns about Trump’s remarks, the speaker reaffirmed his support in a closed-door meeting with fellow GOP lawmakers Wednesday.