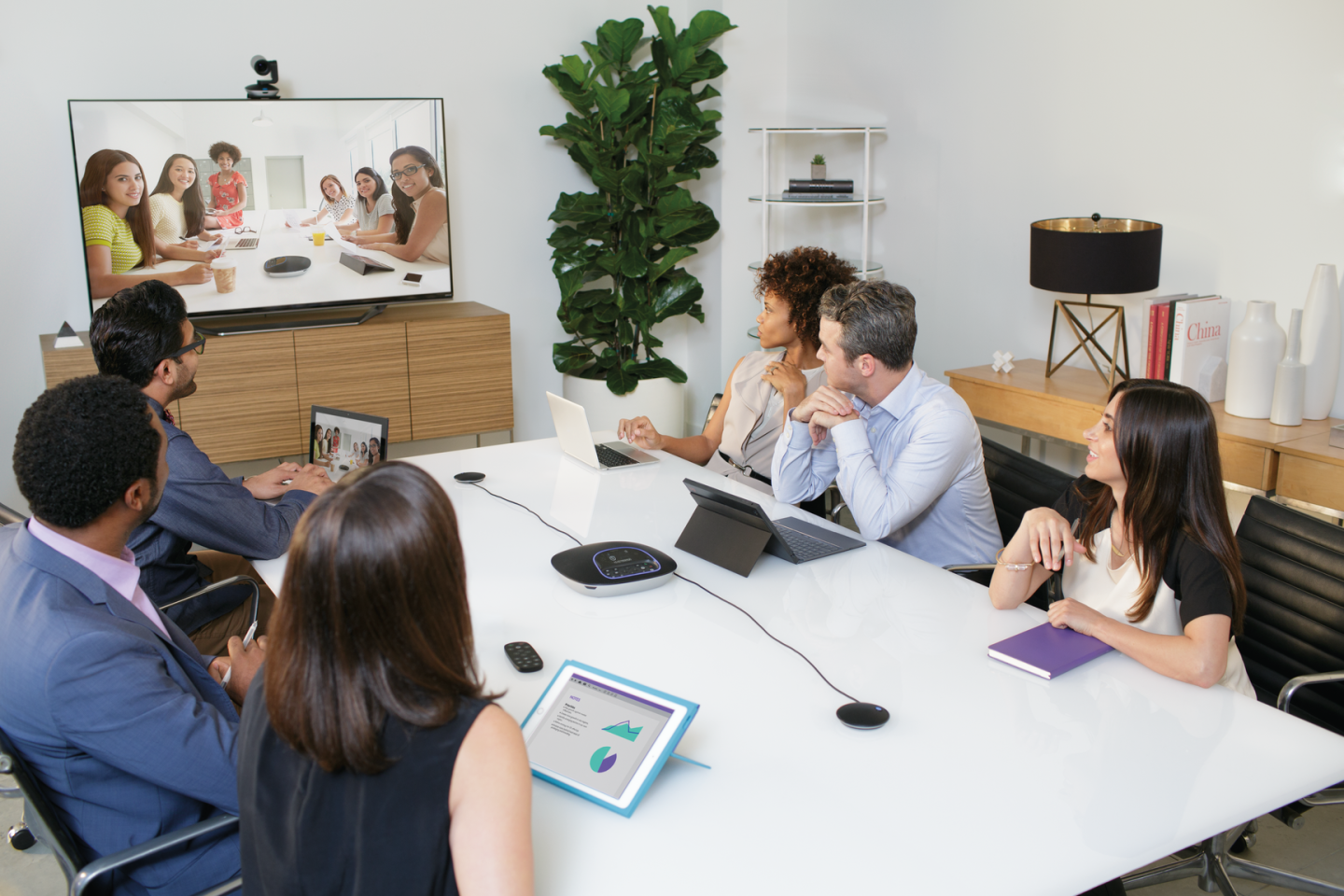 But Logitech CEO Bracken Darrell says his company should be on that list. He says his company’s cameras and speakerphones are used in more meeting rooms than many people realize. To be clear, this is still a modest business for Logitech (LOGI), relatively speaking. So-called “video collaboration” technologies accounted for only about $89 million of the company’s $1.9 billion in overall revenue in fiscal 2016. (Logitech tracks revenue for its personal computer webcam business separately.)

But Darrell says three factors favor Logitech’s bid for more name recognition in this space: the rise of video meeting services including Microsoft Skype for Business; the emergence of more informal corporate “huddle rooms,” places where teams that sit in open workplaces can go to conduct private meetings; and growing resistance to the cost of complicated, high-end videoconferencing systems.

“It’s a very different alternative,” Darrell said, adding: “It’s a way to enable all the rooms in the world.”

How farfetched is that vision? For perspective, Wainhouse Research figures there are between 30 million and 50 million informal meeting rooms globally, many of which are potential venues for the technologies Logitech sells, according to senior analyst Andrew Davis. That compares with approximately 1.5 million to 2 million locations that are specifically dedicated to video conferencing.

Logitech’s business video conferencing products are marketed under the ConferenceCam brand, which is priced starting at around $250 for a pretty simple camera, to $1,000 to $1,250 for kits for bigger groups of people. Logitech’s team is pitching the simplicity of setting up its products, not to mention starting up a videoconference—remember, this is the company that made its reputation selling keyboards and mice to the masses.

The division’s general manager, Scott Wharton, is also leaning heavily on partnerships to sell to businesses rather than consumers. That means Logitech’s gear is compatible with services from BlueJeans, Lifesize, Vidyo, and Zoom—and others—so teams don’t need to go find a special technical expert to start a call. The company is adding additional partners this week.

Wainhouse Research’s data suggests that sales of high-end video conferencing have peaked, Davis said. During the first quarter of 2016, the top five vendors—of which Cisco was by far the largest with almost half the share—generated around $481 million in hardware revenue for the category, according to Wainhouse Research.

Logitech has experience in the high-end segment. In 2009, it paid $405 million for videoconferencing pioneer LifeSize, which sells both equipment and video conferencing services to businesses. It spun out the division in mid-January because the company’s sales strategy ran counter to Logitech’s traditional model, Darrell said. Logitech still retains a 37.5% stake in the company.

The shifting market dynamics have emboldened the usual suspects along with hardware vendors such as Logitech’s former division, Lifesize, Highfive, Huawei, and ZTE. All of them are seeking to outfit smaller meeting rooms.

On the low end, Logitech could face resistance from companies that are content to run video conferences using notebook and desktop computers outfitted with low-end cameras and services that cost next to nothing, such as Skype or Google Hangouts.

That approach might work well for a person-to-person meeting, but it’s harder to manage when an entire group wants to converse from one location, Davis said. That because it’s difficult to position a notebook computer in such a way that more than two or three people are within range of the camera.

While that option might have sufficed in the past, more businesses are willing to invest in equipment to improve the group experience, especially if it doesn’t cost $10,000 to $15,000 per room, he said. “When some goes into the conference room, they just want to find a video system that is simple,” Davis said. “They don’t want to look silly trying to launch a call.”