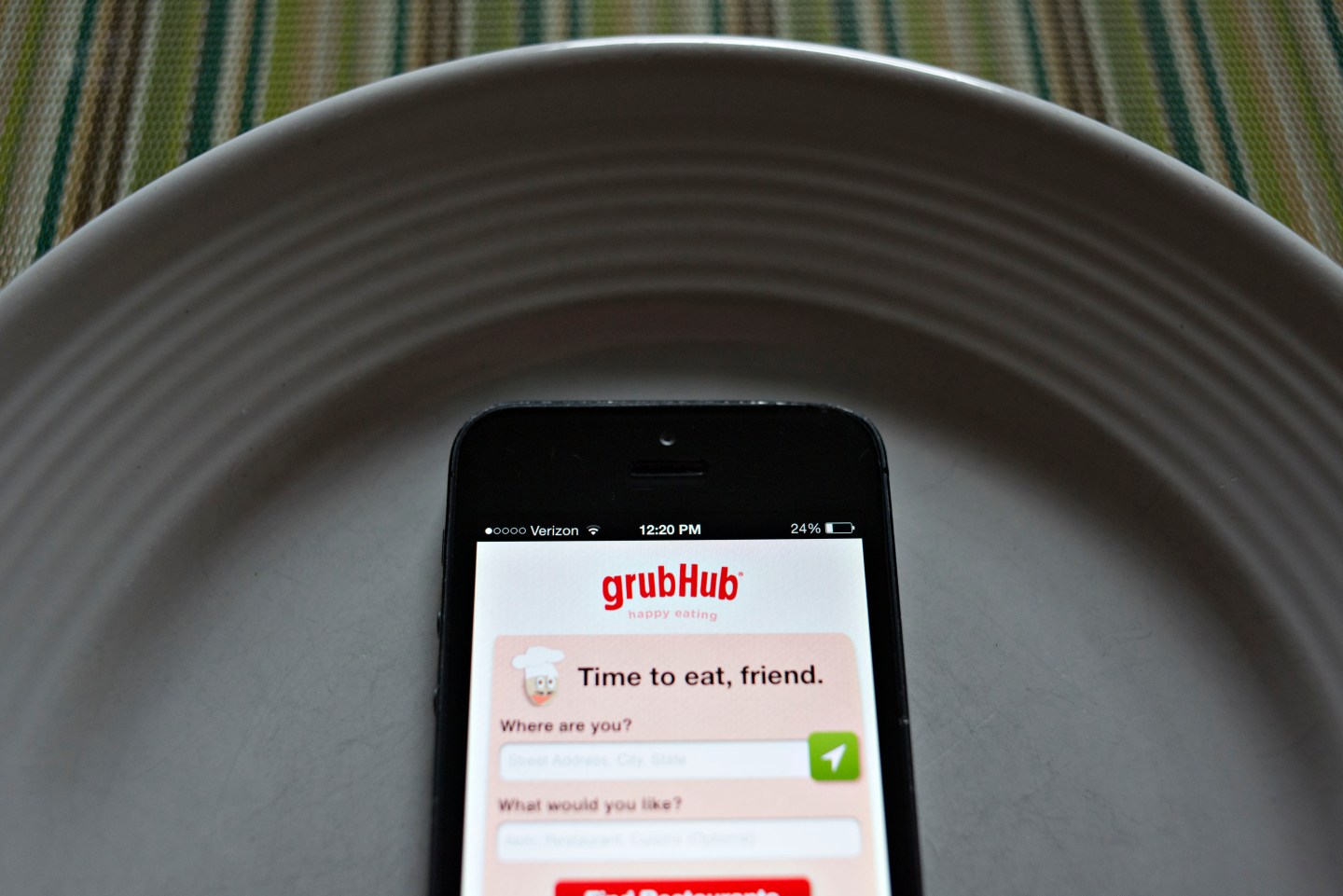 GrubHub is the latest food delivery company to add Apple’s mobile payments service to its mobile apps, following in the footsteps of rivals Caviar, Door Dash, and Postmates.

GrubHub, which was founded in 2004, originally launched as website where customers could browse and order from local restaurants that deliver. The company eventually went public after merging with another popular service, Seamless, and now the combined company offers its own delivery service for restaurants that don’t do it themselves.

GrubHub and Seamless have stiff competition in food delivery from the startups mentioned above as well as Uber and Amazon, who both launched their own respective food delivery services in the past year. But GrubHub still generates a large amount of sales for restaurants.

In 2015, the company processed $2.4 billion in sales from its ordering and delivery platform for restaurants. And 60% of its orders are generated through mobile phones.

With the addition of Apple Pay, GrubHub and Seamless iOS users will be able to pay for their food within the app through Apple’s mobile wallet. Introduced in 2014, Apple Pay lets iPhone and iPad users upload credit and debit card information to a “mobile wallet” that they can then use within thousands of apps, including Best Buy, Etsy, Sephora, Staples, Starbucks, Instacart, OpenTable, and Target.

Although it has enlisted a number of big retailers to adopt its payments service, Apple hasn’t released much information about how many people use Apple Pay. The company did release some details to Fortune, however, that show that Apple Pay is gaining momentum.

The service is getting one million new users each week, Apple said. However, the company failed to disclose the number of overall users, making it difficult to know if the users it does add remain loyal.

Apple also said that transaction volume through Apple Pay is five times the amount from a year ago. Again, without a baseline, it’s impossible know whether the current volume is significant.

The only hint Apple gave was saying that consumers have spent billions of dollars through Apple Pay. It also said that payment volume within apps more than doubled in the second half of 2015 as compared to the first half of the year.

According to a report from Crone Consulting, Apple Pay has 12 million people users while rival services like Google’s Android Pay and Samsung Pay are tied for second place with 5 million users.

For now, GrubHub doesn’t have plans to integrate Android Pay, said Tammi Harrison, vice president of product marketing at GrubHub. But she said that the company will evaluate additional payment services in the future.