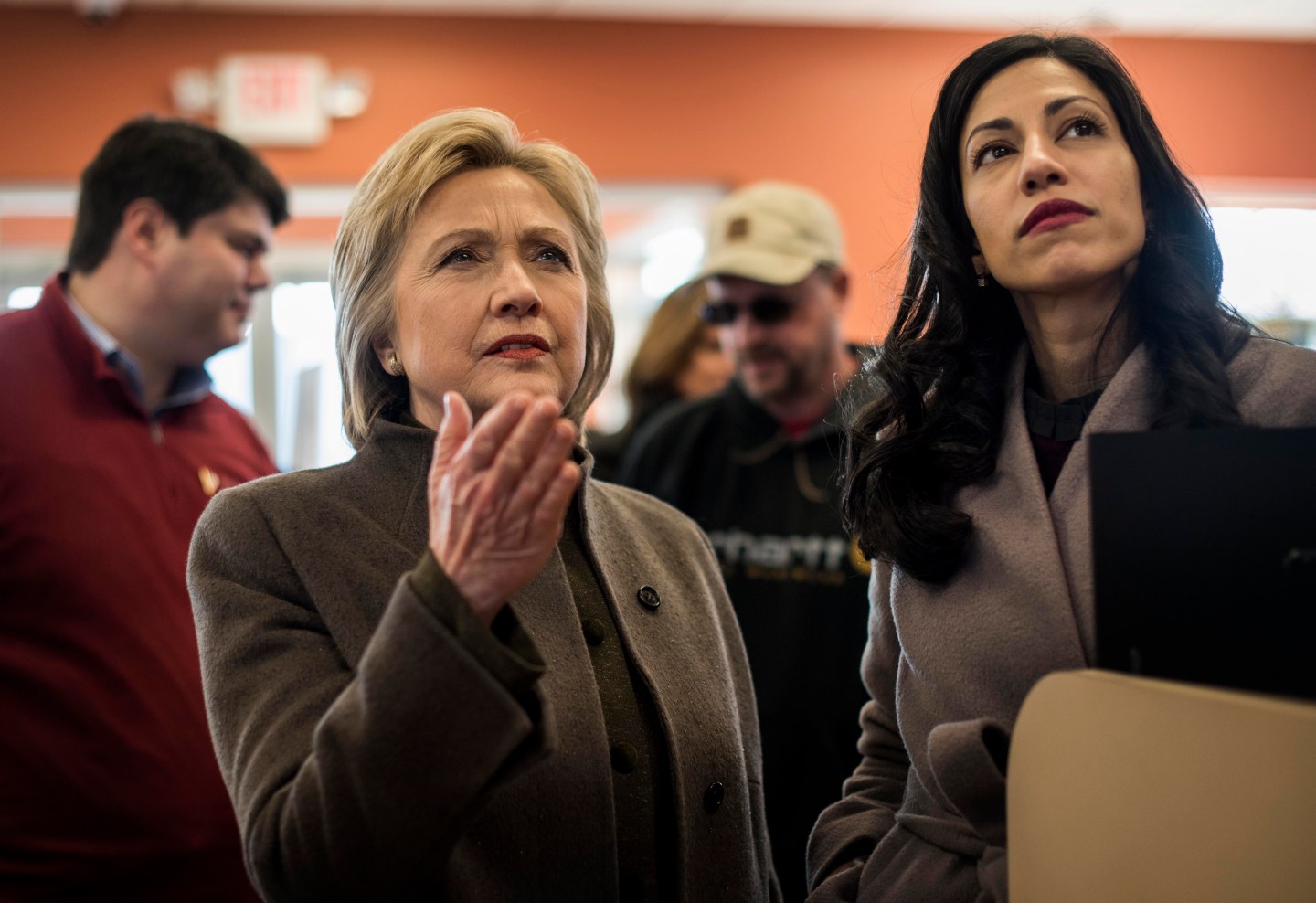 Since her use of a private email server was made public last year, Democratic presidential candidate Hillary Clinton has insisted she turned over all work-related emails to the State Department to be released to the public.

But after 14 months of public scrutiny and the release of tens of thousands of emails, an agency watchdog’s discovery of at least three previously undisclosed emails has renewed concerns that Clinton was not completely forthcoming when she turned over a trove of 55,000 pages of emails. And the revelation has spawned fresh criticism from presumptive Republican presidential nominee Donald Trump.

The three messages—which appear to have been found among electronic files of four former top Clinton State Department aides—included Clinton’s own explanation of why she wanted her emails kept private. In a November 2010, email, Clinton worried that her personal messages could become accessible to outsiders.

Two other messages a year later divulged possible security weaknesses in the home email system she used while secretary of state. The Clinton campaign has previously denied that her home server was compromised.

“I have provided all of my work-related emails, and I’ve asked that they be made public, and I think that demonstrates that I wanted to make sure that this information was part of the official records,” Clinton said, according to an interview transcript provided by ABC News.

Most of Clinton’s emails have been made public by the State Department over the past year due to both a court order and Clinton’s willingness to turn them over. But hundreds were censored for national security reasons and 22 emails were completely withheld because the agency said they contained top secret material—a matter now under investigation by the FBI.

Clinton said in March 2015 that she would turn over all work-related emails to the State Department after removing private messages that contained personal and family material. “No one wants their personal emails made public and I think most people understand that and respect their privacy,” she said after her exclusive use of private emails to conduct State Department business was confirmed by media reports.

Senate investigators have asked for numerous emails about Clinton’s server as part of their own inquiry into Clinton’s email practices in recent months, but they didn’t get copies of key messages made public by the State Department’s own watchdog this week, a senior Republican senator said Thursday.

“It is disturbing that the State Department knew it had emails like this and turned them over to the inspector general, but not to Congress,” said Iowa Senator Charles Grassley, the chair of the Senate judiciary committee that’s been probing Clinton’s use of a private server.

The emails appear to contain work-related passages, raising questions about why they were not turned over to the State Department last year. The inspector general noted that Clinton’s production of work-related emails was “incomplete,” missing not only the three emails but numerous others covering Clinton’s first four months in office.

The inspector general also found Clinton’s email set up violated agency policies and could have left sensitive government information vulnerable. It also complicated federal archiving of her emails, in turn making it more difficult to obtain them under the Freedom of Information Act.

On Thursday, Clinton told ABC News her use of the personal email was “allowed,” saying that “the rules have been clarified since I left.” In a later interview Thursday with CNN, Clinton said she “believed it was allowed.”

A spokesman for the Clinton campaign did not respond to emailed questions Thursday. An inspector general’s spokesman declined to discuss the report.

The report said the inspector general was able to reconstruct some of Clinton’s missing emails by searching the email files of four former Clinton aides who had turned over thousands of pages of communications in 2015 at the request of the State Department, which is defending itself in multiple public records lawsuits, including one filed by The Associated Press. The four aides who turned over those files, according to the report, were Clinton’s former chief of staff, Cheryl Mills, and top aides Huma Abedin, Jake Sullivan and Philippe Reines.

Abedin was the aide who authored the key email in November 2010 that provoked Clinton’s concerns about outsiders obtaining her personal emails. After the State Department’s computer spam filters apparently prevented Clinton from sending a message to all department employees from her private server, Abedin suggested that she either open an official agency email or make her private address available to the agency.

Clinton told Abedin she was open to getting a separate email address but didn’t want “any risk of the personal being accessible.” Clinton never used an official State Department address, only using several private addresses to communicate. Abedin, Mills, Sullivan and Reines all also used private email addresses to conduct business, along with their government accounts.

Two other emails sent to Abedin were cited in the inspector general’s report, but also did not turn up among the emails released by Clinton. Those messages to Abedin contained warnings in January 2011 from an unidentified aide to former President Bill Clinton who said he had to shut down Hillary Clinton’s New York-based server because of suspected hacking attacks.

In response, Abedin warned Mills and Sullivan not to email Clinton “anything sensitive” and said she would “explain more in person.”