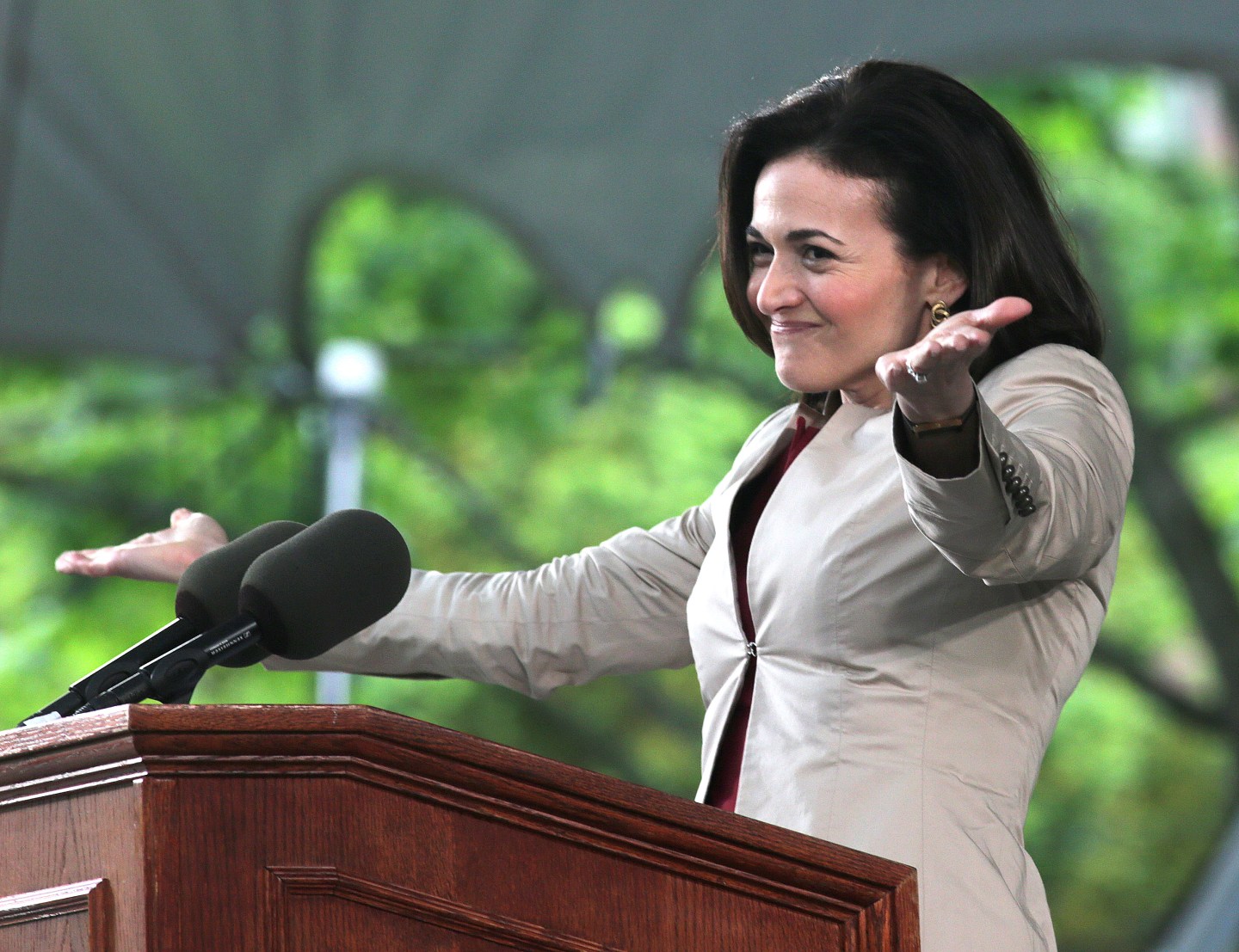 Givens the thousands of commencement speeches that are given each year, it doesn’t seem possible that there can be anything left to say to the Class of 2016.

Yet somehow this year’s graduation speeches have been among the most inspired—and inspiring—in recent memory. And some of the most stirring advice has come from women leaders. From Facebook COO Sheryl Sandberg’s deeply personal testament to the power of resilience, to Senator Elizabeth Warren’s (D-MA) rallying cry to fight for what you believe in, you couldn’t ask for better words to launch grads into the next stage of their lives.

Below, eight of our favorite speeches of the 2016 graduation season:

Speaker: Sheryl Sandberg, COO of Facebook and Lean In Author

Theme: The value of perseverance and resilience.

Quote: “Dave’s death changed me in very profound ways. I learned about the depths of sadness and the brutality of loss, but I also learned that when life sucks you under, you can kick against the bottom, find the surface and breathe again.”

Theme: The importance of knowing yourself

Best quote: “Knowing who you are will help you when it’s time to fight. Fight for the job you want, fight for the people who mean the most to you and fight for the kind of world you want to live in. It will help when people say that’s impossible or you can’t do that. Look, if you take the unexpected opportunities when they come up, if you know yourself, and if you fight for what you believe in, I can promise that you will live a life that is rich with meaning.”

Theme: The importance of searching for truth and honesty

Quote: “Truth can be a blunt instrument and at times a dangerous one… truth is a complex topic, but for an educated person it’s an inescapable quest.”

Theme: The value of hard work and a positive attitude

Quote: “Everyone has voices in their heads that tell them that everyone else is more capable. I even have a name for the place where those voices live—I call it my Bat Cave. Call it what you want, everyone’s got one. A healthy dose of self-doubt is a good thing—it is the sister of humility. The trick is not letting the voices that live in your Bat Cave hold you back from pursuing your path.”

Speaker: Sonia Sotomayor, Associate Justice of the Supreme Court of the United States

Quote: “The ‘uh-oh’ moments are worth cherishing just as much as ‘ah-ha’ moments: Mistakes, failures, embarrassments and disappointments are a necessary component of growing wise.”

Theme: Service and acting as a champion for others

Quote: “Often, we do not know where our choices will take us. This is why the best choices are often made based not on what they can bring to us, but what they will allow us to bring to others.”

Theme: The value of sleep

Quote: “Mood swings, fogged memories, regurgitation of incomprehensible pablum and the occasional re-tweeting of Mussolini, these are all symptoms of chronic sleep deprivation, according to the American Academy of Sleep, except the re-tweeting Mussolini part—that’s just pure Donald Trump.”

Theme: Unwavering optimism, finding your passion and the value of education