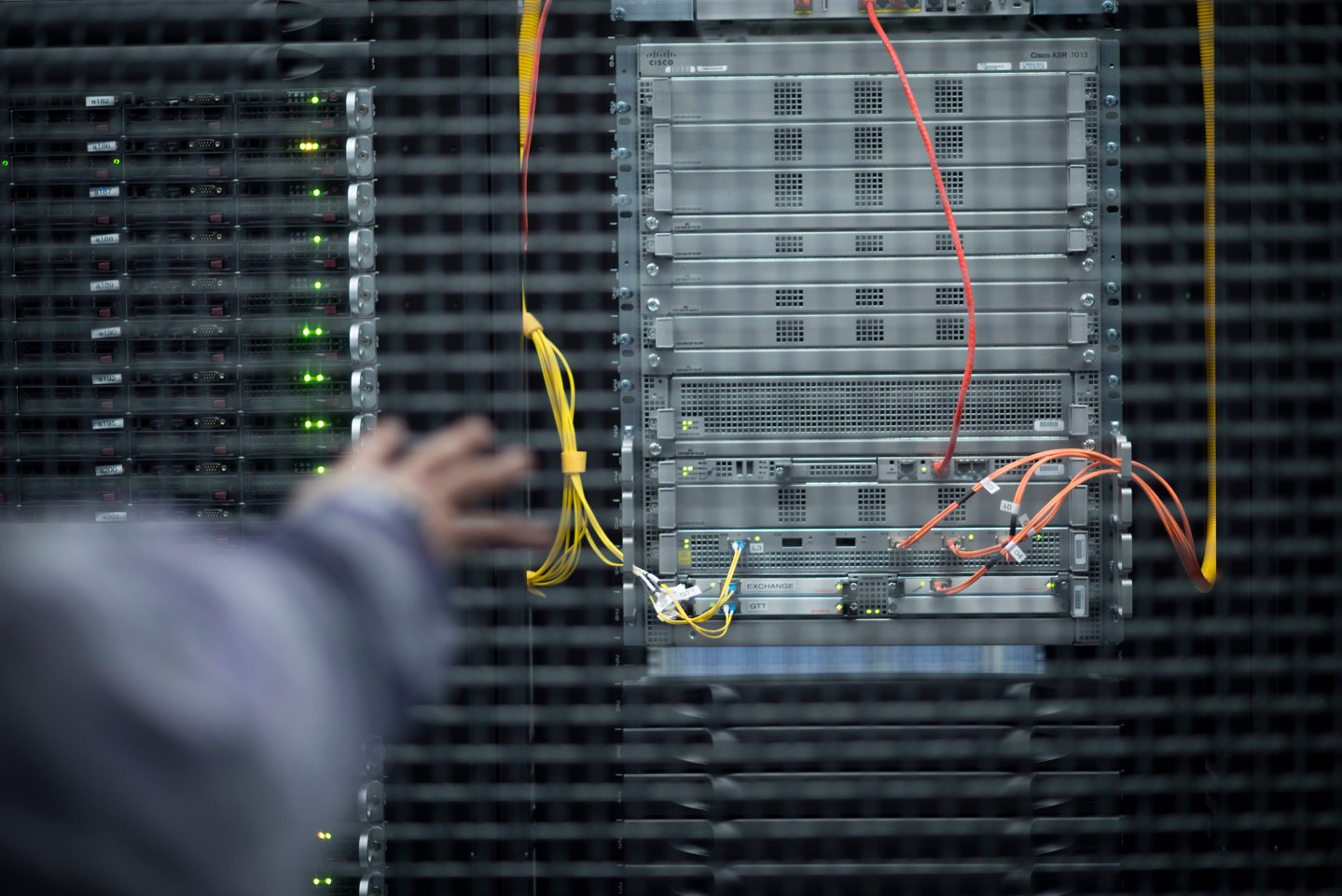 vArmour, a data center security startup based in Mountain View, Calif., said Tuesday it has raised $41 million in Series D funding, bringing its total sum raised to $83 million to date.

Tim Eades, chief executive officer at vArmour, dropped by Fortune’s office to discuss recent shifts in the funding and exit environments for cybersecurity startups. He noted that firms which are burning through cash are going to have tough time staying afloat as investors’ purse strings tighten.

Once enamored with growth, venture capitalists have lately begun to favor a different darling metric: cash flow positivity—or at least very well thought out plans to achieve it. The attitude adjustment for investors is particularly pronounced in the cybersecurity market, where data breach-fueled hysteria led to a flurry of deals over the past couple of years.

Eades said one reason he was interested in raising money now was because of the uncertainty surrounding the upcoming Brexit decision in the UK, which could have negative repercussions on the global economy. (Eades is British himself.) The best time to raise funds, he noted, is when you can, rather than when you need to.

vArmour recently achieved cash flow positivity, Eades told Fortune, and the company has a roadmap to achieve it again after ramping up its sales and marketing efforts around the globe. (The choice of international investors was purposeful, he said.) Eades added that the company has go-to market partnerships with Amazon (AMZN) Web Services, Cisco (CSCO), Hewlett Packard Enterprise (HPE), VMware (VMW), and others.

Founded in 2011, vArmour secures computer networks by “wrapping” workloads in computer servers with virtual shields. The security software allows IT pros to protect their systems from malicious hackers by setting controls and policies, and by segmenting portions of their networks. The firm competes with the likes of Illumio and CloudPassage, startups that offer products with similar end goals.

Eades formerly served as the CEO of Silver Tail Systems, a web fraud detection firm picked up by EMC’s (EMC) RSA in 2012, as well as CEO of Everyone.net, an email hosting service purchased by the email security company Proofpoint (PFPT) in 2009. He told Fortune that cybersecurity startups that are unable to pull off an about-face maneuver to profitability are going to be in trouble. Expect to see tuck-in acquisitions in the near future, and failures, he said.

As these startups scale up and aim to achieve escape velocity, “eventually they’ll need to turn left or turn right,” Eades said. “It’s going to be ugly.”