Donald Trump: ‘Who The Hell Cares About a Trade War?’ 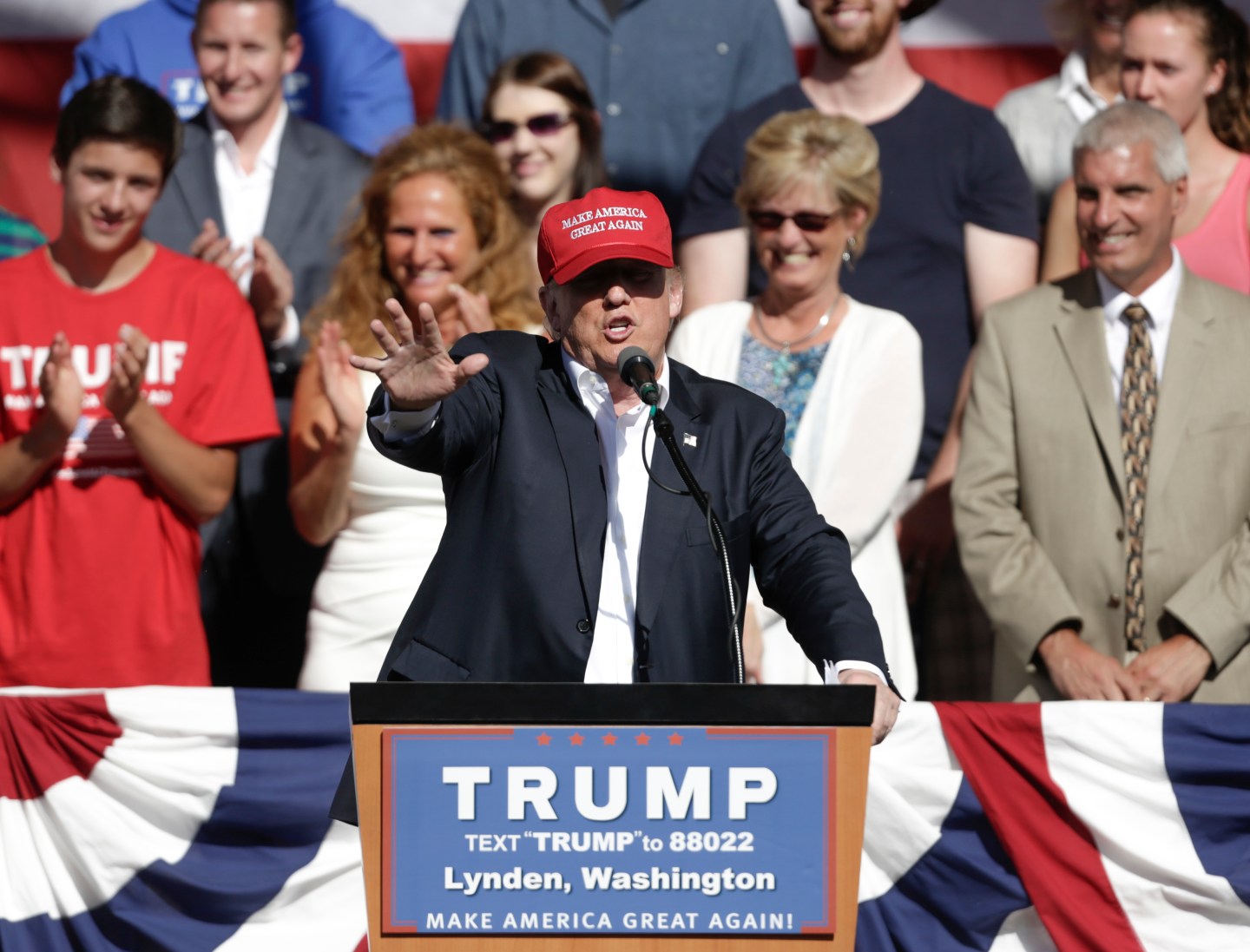 At his first rally in nearly two weeks, Trump struck a defiant tone as he promised to bring back American jobs. “We’re losing $500 billion to China,” he said at a fundraiser for endorser New Jersey Gov. Chris Christie. “Who the hell cares about a trade war?”

“We’re like a big, big sloppy bully who gets punched in the face and gets knocked down,” Trump said of the United States, saying he would make “great deals” for the country. “My trade deal is very simple, I am going to make great deals for our country,” he added, “It might be free, it might not be free.”

Trump’s proposals include a 35% tariff on the import of goods produced overseas by American companies and the repeal North American Free Trade Agreement, signed by former President Bill Clinton.

Trump addressed the criticism of his plans from “these very conservative ideologues,” referencing the GOP platform’s call for free trade policies, saying “I’m a free trader, but I’m only a free trader if we make good deals.”

Speaking to a crowd of hundreds at the $200-a-head event, Trump predicted he would benefit from the support of some Bernie Sanders supporters once he drops out of the race.

“I believe that his people, a large percentage of his people, vote for Trump,” he said of Sanders. “The one thing he’s right on is trade.”