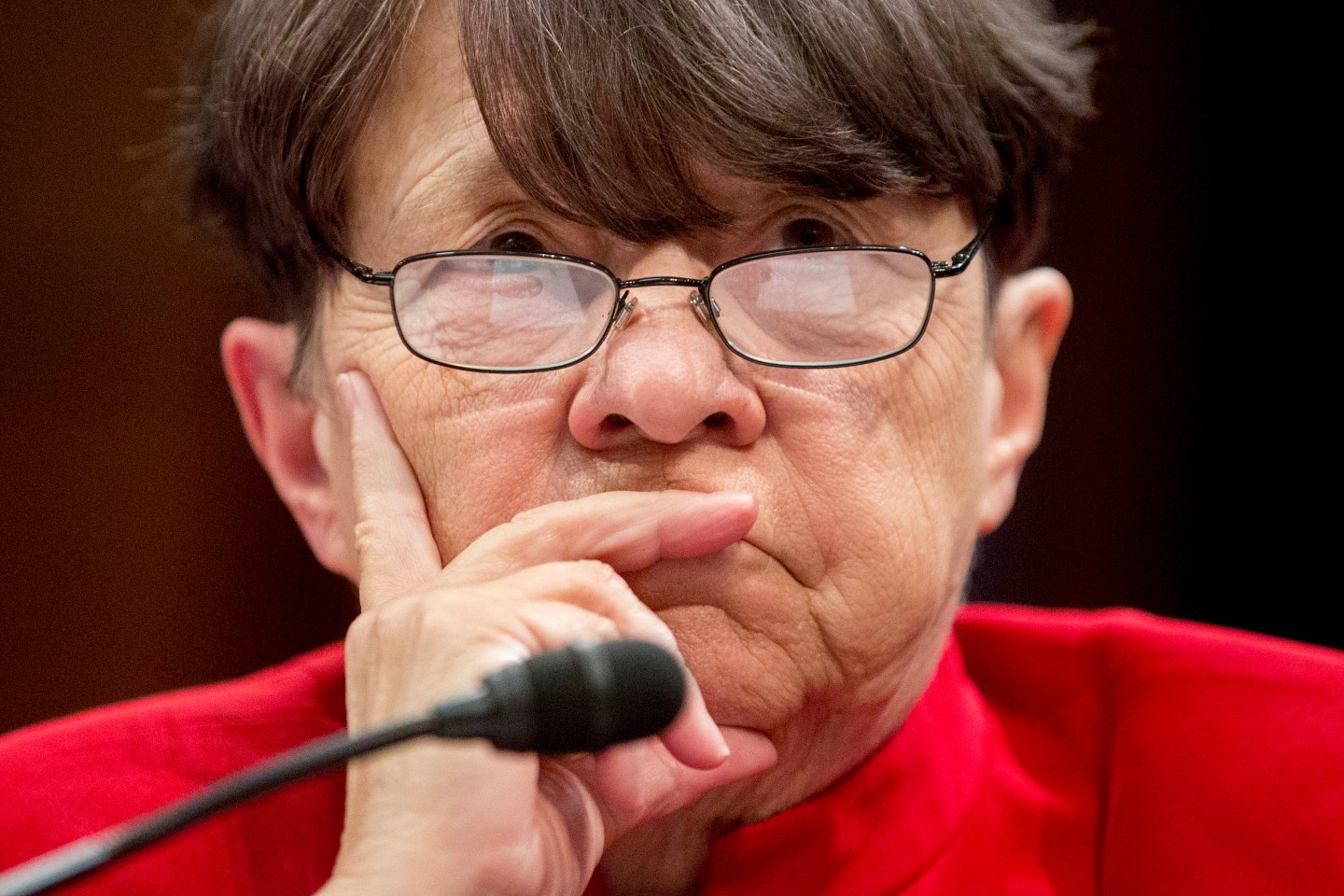 SEC chair Mary Jo White: She has enough on her plate without having to be America's income-inequality cop.
Photograph by Andrew Harrer — Getty Images

The worldwide financial system faces many threats, but there is one in particular that has Securities and Exchange Commission (SEC) chair Mary Jo White especially concerned.

Speaking at the Reuters Financial Regulation Summit on Tuesday, White said that the biggest threat facing financial systems both in the U.S. and abroad is cybersecurity. She noted that while major stock exchanges and clearing houses, among other financial entities, tend to be aware of the risks they face, they generally have “policies and procedures (that) are not tailored to their particular risks,” White said, according to Reuters.

But White wasn’t done sounding the alarm. She said that her agency is actively working with brokers and other members of the financial world to address issues, but “we can’t do enough in this sector.” Ultimately, the investment banks and other segments of the market must move forward with cybersecurity in mind or face the possibility of massive issues, she argued.

Indeed, the financial system has been targeted quite often over the last several years, and there are no signs of hackers slowing down.

Earlier this month, the Bank of Greece was hacked for “a few minutes.” While the hackers, who claimed to be members of the hacking collective Anonymous, didn’t appear to steal any information, it was part of a broader, 30-day campaign Anonymous has launched against banks around the world. In a video posted to YouTube, members of the collective said that it would launch attacks on “central bank sites across the world” as part of an extension of Operation Icarus, a campaign the group previously launched against Wall Street.

“This is a call to arms, brothers, who for too long have stood for nothing but have criticized everything,” Anonymous says in the video. “Stand now, behind the banner of free men against the tyrannical matrix of institutions that oppose us. Take your weapons and aim them at the Global Banking Cartel. This is the operation to end all others. In the beginning, some people may stand to lose something from this, but the powers that be stand to lose much more. Bring the rain, brothers!”

In February, a report surfaced, saying that Russian hackers were able to use a virus to attack Russia-based Energobank in February 2015. The effort helped the hackers briefly alter the value of the ruble against the dollar. The hackers were then able to buy more than $500 million “at non-market rates,” but ultimately didn’t sell the currency, according to the report. Instead, the hack was viewed as a proof-of-concept—a sign of potentially more trouble to come.

That was not the case earlier this year when hackers stole $81 million from the Bangladesh central bank.

So, the threat to the financial system is real. If Smith’s public comments on the matter say anything, it’s that banks, financial institutions, and just about every other company that might handle money better watch out. The hackers are coming—and they are good at what they do.