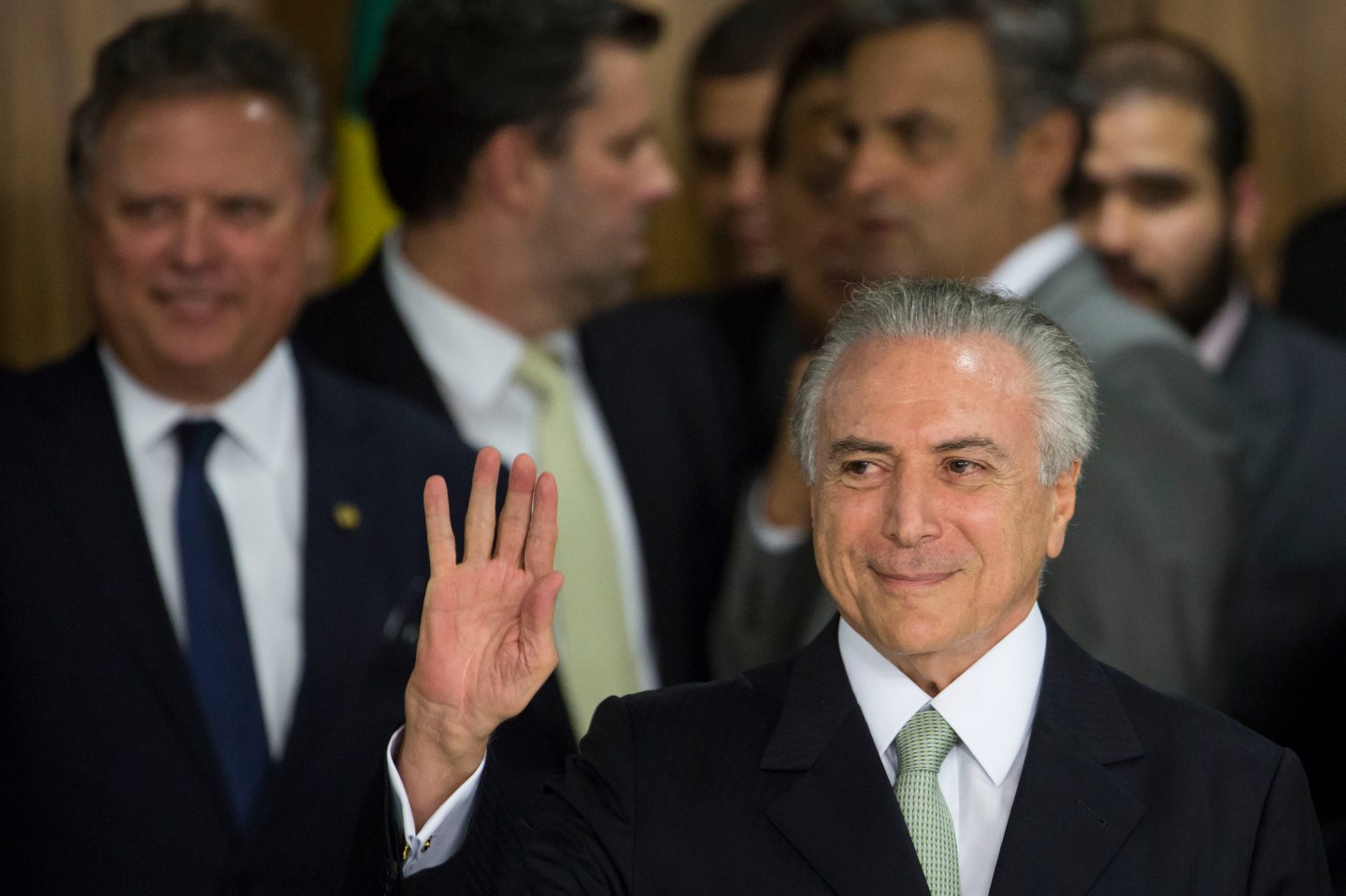 Brazil’s government is considering selling stakes in state-controlled assets including its postal company as well as holdings in transport, power and insurance firms in a bid to raise capital and streamline the public sector, a newspaper reported on Sunday.

Interim President Michel Temer’s government is working with a list of companies and sectors that would be the first targets of any move back toward sales of state-controlled holdings, the Rio de Janeiro daily O Globo said, citing anonymous members of Temer’s economic team.

That practice was pursued in the 1990s and early 2000s but largely scaled back by the leftist Workers Party during its 13 years in power under former president Luiz Inacio Lula da Silva and his successor, Dilma Rousseff.

Rousseff was suspended as president last week after Brazil’s Senate voted to try her on charges of budget irregularities. She was immediately replaced by Temer, a centrist from Brazil’s largest political party.

Brazil is mired in a deep economic recession marked by rising unemployment, near double-digit inflation and shaky consumer and business confidence. The government is running a hefty deficit.

It may also revive efforts to sell stakes in the insurance unit of Caixa Economica Federal, a big public lender, and various port operators across Brazil in which the federal government has holdings, the newspaper said.

Other privatizations being considered, according to the report, include the partial sale of Infraero, the national airport operator, electricity holdings in more than 200 small companies controlled by Eletrobras, the state-run power company, and various assets held through BNDESPar, the investment arm of national development bank, BNDES.

A spokeswoman at Brazil’s finance ministry declined to comment on the report, saying Finance Minister Henrique Meirelles would give more details about the government’s economic plans in the coming days.

The newspaper did not give a time frame for any of the privatizations being considered, but said that sales would depend on the operational and financial conditions of each holding, in addition to regulatory and market conditions.