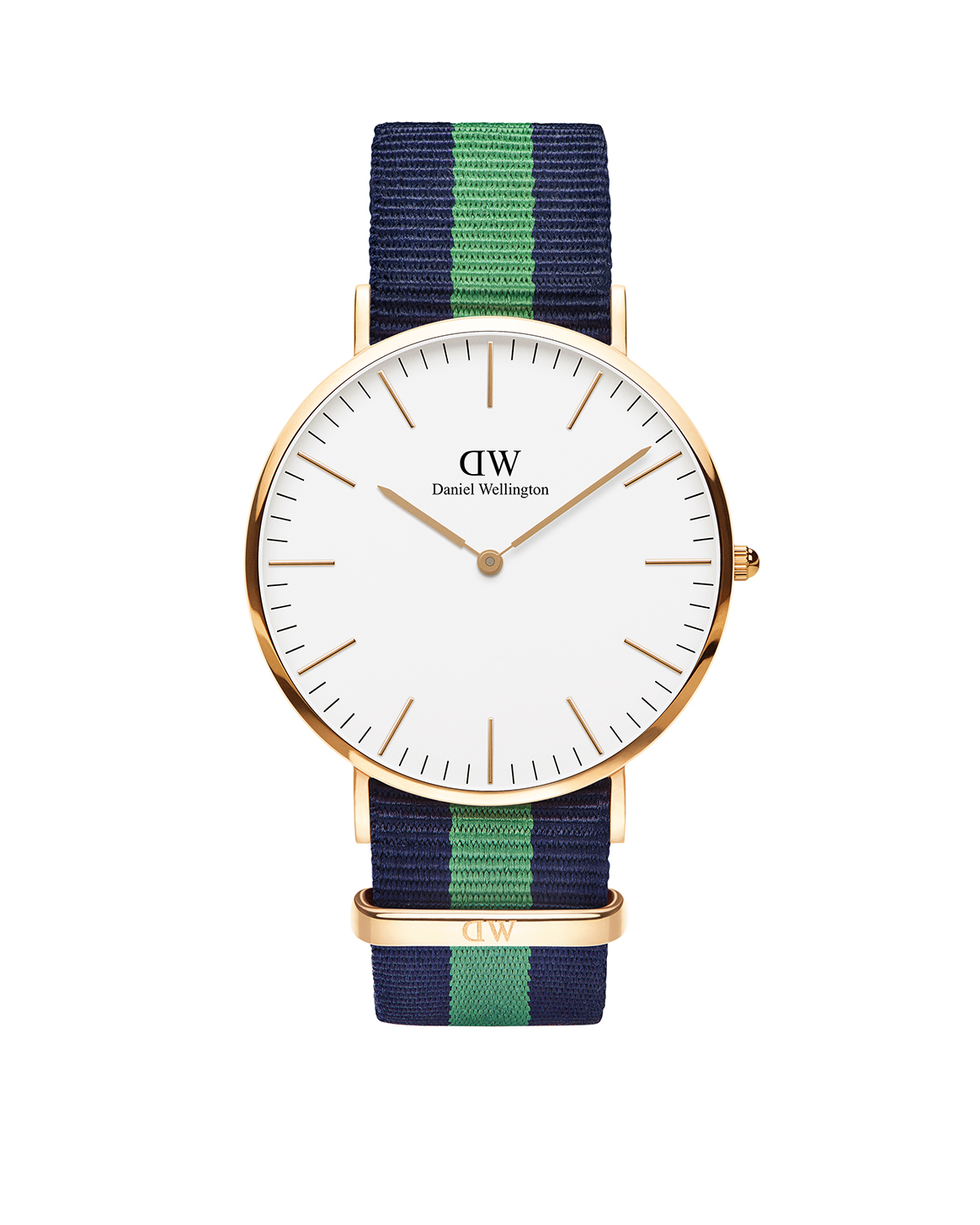 Every modern brand phenom has a well-crafted backstory. The birth of the affordable luxury watch is no different. In 2006, while visiting Australia, Filip Tysander became fixated on the hefty Rolex Submariner lashed to a simple striped band (a.k.a. the NATO strap) that a Brit was wearing. At the time, Tysander was selling neckties and plastic made-in-China Rolex ­knockoffs online, back in his native Sweden.

Inspired by his fellow traveler’s style, not to mention his elegant-sounding name (Daniel Wellington), Tysander tapped his Chinese connections, plunked down $15,000, and launched a line of simple, classic timepieces. In the process he hatched a new market for fashionable, affordable, and direct-to-consumer watches.

Launched in 2011 and priced between $139 and $299, DW, as the brand is commonly known, immediately appealed to the fashion-forward set. In 2014, DW says, it sold more than 1 million watches, generating $70 million in revenue; last year sales reportedly jumped to $220 million—with more than 4 million timepieces snapped up so far. DW’s watches are now sold at Bloomingdale’s and over 8,000 global retail partners.

For more on luxury, watch this Fortune video:

Inevitably, a swarm of fast-fashion horologists popped up. Many have turned to crowdfunding for financing. A random search on Kickstarter turned up 38 different campaigns under the “affordable, minimalist” watch category. Railing against the bloat of traditional retail, they’re also exposing the process of making a watch that sells for $500 but costs only $75 to produce. Says Emrah Yüceer, founder of the startup Greyhours: “We are branding luxury to be able to tell the truth and say that [our] watches are assembled in China, and [they’re] beautiful.” Truth has a value.

Below are three companies that are helping redefine the market. (All revenue is self-reported.)

Tagline: “Is it really a bad idea to sell at fair prices?”

Backstory: Ready for a big change after living through the Tokyo earthquake in 2011, Henrik Torp, 29, quit his banking job. Pooling $40,000 with two friends, Torp spent two years scouring Chinese factories before setting up shop. The brand’s name comes from 17th-century poet Richard Brathwaite, who wrote The English Gentleman. In April 2014, Brathwait launched online with two versions: a classic slim model and an automatic. Currently in the process of bringing new investors on board, Torp says he expects to reach $5 million in sales this year.

Distinguishing feature: Brathwait provides a complete explanation of the supply chain, illustrating how a similar timepiece bought at retail costs nearly six times as much.

Backstory: High school friends Jeffrey Leung and Christopher Chon, both 30, saw a business opportunity when they looked to buy watches for themselves after grad school. They tapped friends’ Hong Kong manufacturing contacts, invested $10,000, and spent a year working on designs. Before going to market, they launched a Kickstarter campaign. “We wanted to see if there was a demand,” says Leung. “If it didn’t work, we could just move on.” With a goal of $75,000, they raised $420,270 in about 30 days. In September 2015, Leonard & Church launched online.

Backstory: French-born Emrah Yüceer, 30, spent 10 years with various brands manufacturing everything from robots to furniture in China before deciding to launch Greyhours in 2012. Yüceer and his three co-­founders invested $200,000 and cut out the middlemen, selling online only. In April 2014 they introduced two sleek timepieces: one black, one white. Committed to the direct-to-consumer e-tail model, Yüceer says, Greyhours is considering opening nonsale showrooms so customers can see and try on the product.

A version of this article appears in the June 1, 2016 issue of Fortune with the headline “New Wave Watches.”

Correction: An earlier version of this story said Leonard & Church tapped manufacturing contacts in China. The watches are manufactured in Hong Kong. Fortune regrets the error.