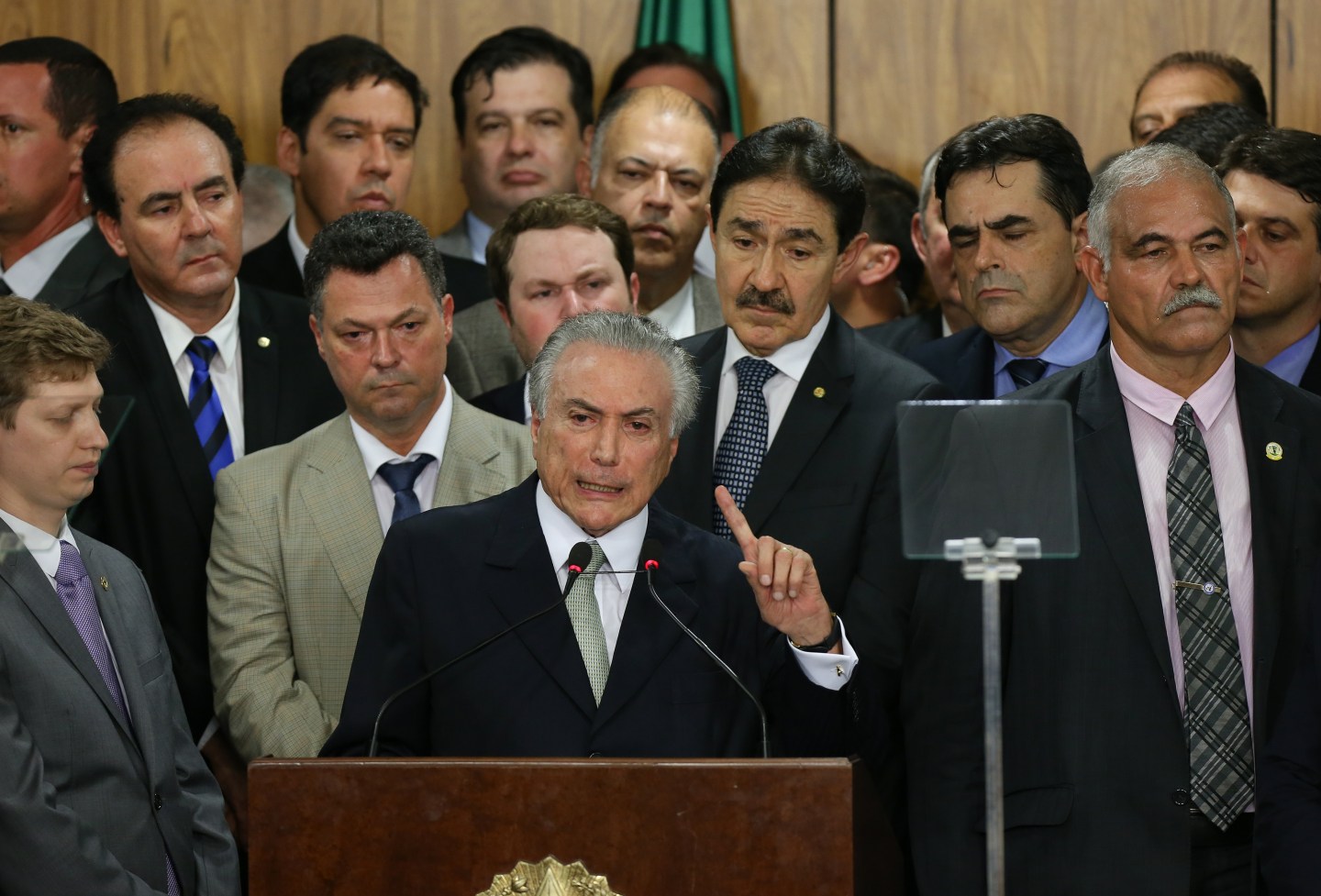 Brazil’s interim President Michel Temer has vowed to unite the country and restore the nation’s flailing economy as he fills in for disgraced and recently suspended Dilma Rousseff. Diversity, it seems, is not part of his plan.

Temer announced his new cabinet on Thursday and he selected all men—none of whom are black—to help him run one of the world’s most diverse countries.

The 75-year-old had served as vice president to Rousseff, Brazil’s first female president, who was suspended from office Thursday to face an impeachment trial for her alleged mishandling of the federal budget. She’s accused of relying on accounting tricks to hide surging deficits and prop up her embattled government.

In addition to selecting all men, Temer cut the number of cabinet positions from 31 to 22 and eliminated the ministry of women, racial equality, and human rights, which he rolled into the ministry of justice. He attributed the consolidation to budget concerns. He’s promised to cut spending and privatize many sectors that are currently controlled by the state.

The lack of diversity in the upper echelon of the nation’s new government has already sparked controversy with critics calling Temer’s selections a step backwards in terms of gender equality. The nation’s population of about 200 million is made up almost evenly of men and women.

Temer’s new administration stands in stark contract to Rousseff’s. As the nation’s first female leader, she championed the nation’s female citizens and gave about a quarter of her cabinet seats to women. Of her 31 ministers, 7 were women. She was also known for citing Brazilian women in public speeches and referred to herself as “presidenta” instead of the gender neutral “presidente.” She said she was proud to be the country’s first female president but also claimed that accolade had worked against her, blaming sexism in the male-dominated Congress for the impeachment efforts.

The homogeneity of Temer’s cabinet also doesn’t reflect the nation’s racial make-up, which is one of the world’s most varied with non-whites—those identifying as black, mixed, Asian, or indigenous—constituting the majority of Brazil’s population.

Beyond the demographics of Temer’s cabinet, there are concerns about the integrity and expertise of the men who will serve as his ministers. His new health minister Ricardo Barros, for instance, has no background in medicine but will be in charge of the ministry responsible for combating the ongoing Zika epidemic. Other cabinet picks raise more blatant red flags for their alleged ethics violations. Six proposed members face charges by prosecutors investigating the corruption scandal at Petrobras, the state oil company, according to the Guardian. Those accusations mattered little to Temer, apparently, and with good reason. The interim president himself has been named in testimony collected as part of the investigation.