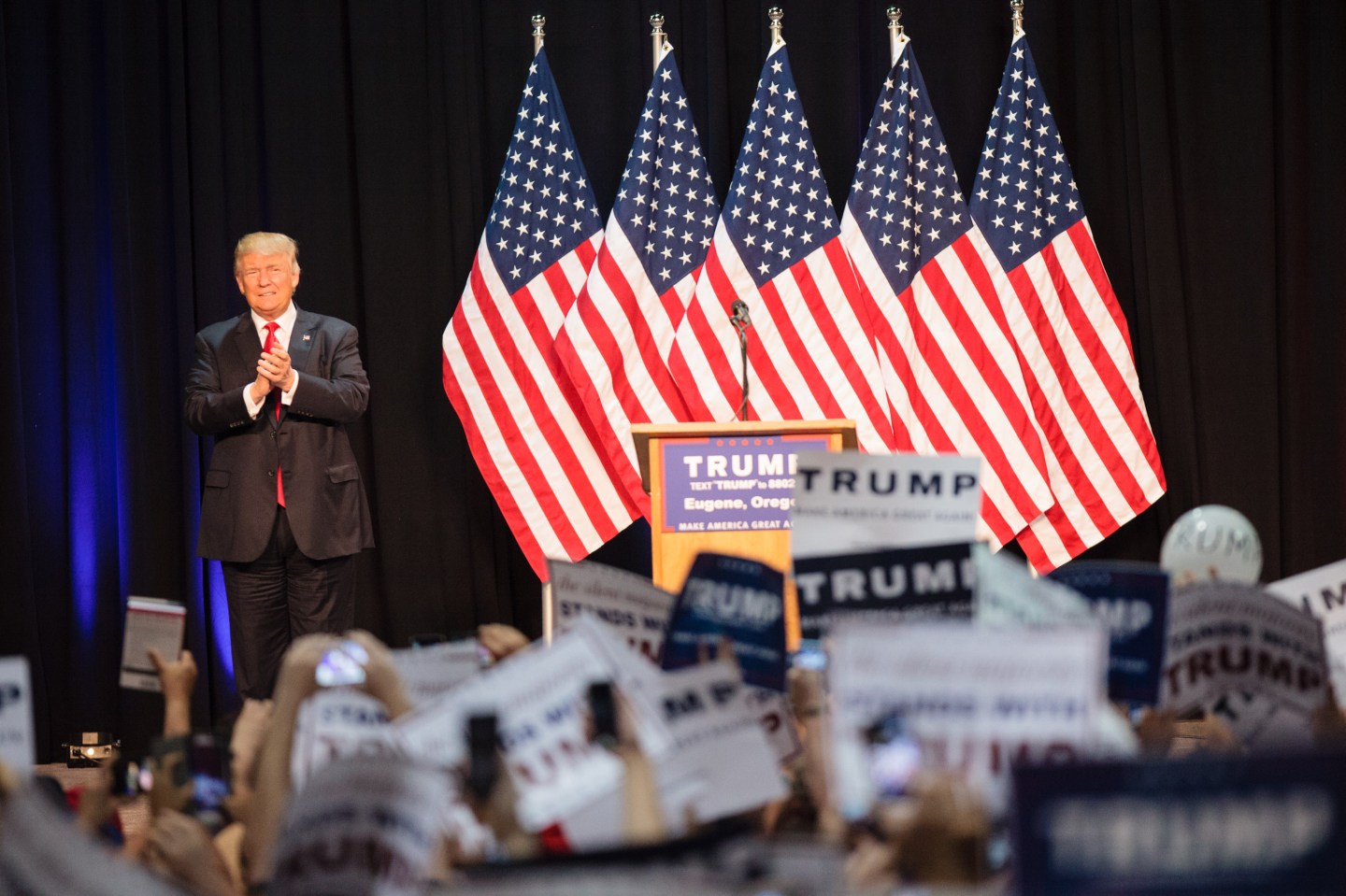 With a growing number of prominent Republicans refusing to fall in line, Donald Trump is standing firm in his assertion that the Republican Party doesn’t have to be unified because he will gain Democratic votes to win in the fall.

“I think it would be better if it were unified, I think it would be — there would be something good about it,” Trump said in an interview with ABC’s “This Week” airing Sunday. “But I don’t think it actually has to be unified in the traditional sense.”

George H.W. Bush and his son, George W. Bush, the only former Republican presidents still living, said they would not back Trump’s candidacy. Two former Trump rivals for the nomination, Florida Gov. Jeb Bush and South Carolina Sen. Lindsey Graham, are among those who have also said they don’t plan to back Trump.

Trump played down his problems unifying the GOP as he continued to assail Democratic front-runner Hillary Clinton, whom he’s dubbed “Crooked Hillary.”

Trump is once again raising former President Bill Clinton’s marital infidelities, a preview of how the billionaire businessman is likely to respond to general-election attacks from Hillary Clinton and her allies about his treatment of women.

“She’s married to a man who was the worst abuser of women in the history of politics,” Trump said of Clinton on Saturday as he addressed supporters at the Spokane Convention Center just days after becoming the presumptive Republican nominee.

Trump appeared to be responding to news that Priorities USA, the lead super PAC backing Clinton, has already reserved $91 million in television advertising that will start next month. Much of the negative advertising against Trump is expected to focus on belittling statements he’s made about women in the past.

But Trump declared Saturday, “Two can play that game.”

Deriding a culture of political correctness in which, he says, men are “petrified to speak to women anymore,” Trump also defended himself as a great supporter of women and sought to downplay past comments he’s made about women in venues like the Howard Stern radio show in the days before he was a politician.

He said some were made in the name of entertainment, while others, like his criticism of actress and talk show host Rosie O’Donnell, were warranted.

“Who the hell wouldn’t speak badly about Rosie O’Donnell? She’s terrible,” he said.