Ikea Is Still Selling a Dresser Cited in the Deaths of Three Toddlers. Here’s Why. 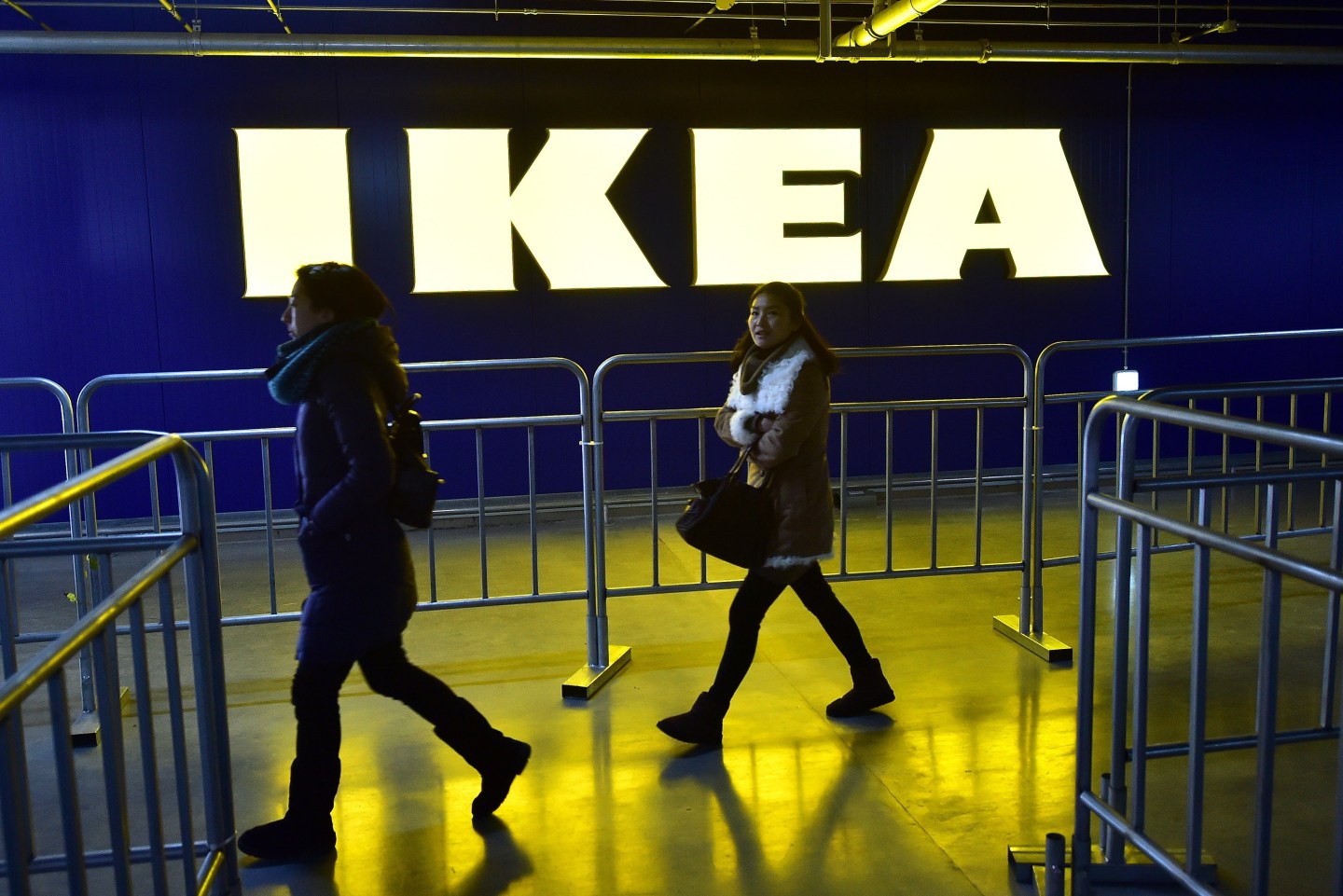 Ikea has a big problem with one of its most recognizable items. Its Malm dresser, a mainstay in starter homes and cramped city apartments, has been cited in the deaths of three toddlers in the United States since February 2014.

Consumer safety groups are outraged at the company not just for the design of the Malm, but also for its reaction to the product’s safety risks. The criticism is a rare blemish on Ikea’s otherwise sparkling corporate reputation—one it has earned by diligently conducting consumer research, paying a higher-than-average minimum wage to its workers in the U.S., and treating its employees in an egalitarian manner.

None of that has spared Ikea from the worst kind of allegation—that it played a role in the death of three children. But its size and deep pockets might have factored into how it was allowed to notify customers of the danger—an opaque process that takes place outside of public view.

The first incident occurred in early 2014 when a two-year-old named Curren Collas in West Chester, Penn. died after a six-drawer Malm chest toppled over. Curren’s parents had placed the Malm dresser in his bedroom to store his clothes after he was born in September 2011. On the morning of February 25, 2014, his mother went to call Curren to breakfast and found him laying face up, pinned between his bed and the Malm chest, which had fallen on top of him, according to a lawsuit the family filed in May 2015. After shoving the dresser off of her son, Jaquelyn Collas performed CPR on Curren and called 911, but the toddler was pronounced dead later that day at a nearby hospital. The cause of death was listed as compression of the chest.

Four months later, another toddler, 23-month-old Camden Ellis from Snohomish, Washington, died after a three-drawer version of the Malm fell and trapped him.

For decades, Ikea has included wall restraints with its chests of drawers. “Wall attachment is an integral part of the assembly instructions,” spokesperson Mona Liss told Fortune in a statement. In both toddler deaths, the Malm was freestanding. “We have expressed our sincerest condolences to the families. We were deeply saddened by what happened, and we hope that our efforts to raise awareness of the risks of tip-over will prevent further tragedies.”

Following the deaths, Ikea launched a campaign called “Secure It!” in March 2015 to more publicly promote the need for wall restraints. It sent emails to millions of customers, ran paid advertisements in parenting magazines, and posted notices on the Ikea website and on Facebook and Twitter. By the company’s own count, it has distributed the message some 100 million times since last spring.

A few months later, the U.S. Consumer Product Safety Commission, in cooperation with Ikea, issued a “repair” notice for the Malm, telling customers they must attach the chest to a wall and that they could request a free restraint from the company. The repair—technically, a type of recall—applied to some 7 million Malm chests and 20 million other Ikea items in the U.S. Ikea has sold 65 million units from the Malm series worldwide.

Neither the message from Ikea nor the notice from the CPSC reached the McGee household in Minnesota. The mother of 22-month-old Theodore McGee said she put her son down for a nap on February 14. She was checking on him every 20 minutes until she saw his bed was empty. She assumed he was hiding, but instead found him crushed to death under a Malm dresser that wasn’t attached to the wall.

The product recall process in the United States is difficult. The CPSC issues recalls with press releases, through its website and social media channels, and with an email blast to hundreds of thousands of consumers. It also relies on media interviews and third-party organizations that might post about a recall through an app or blog. But ultimately, the CPSC’s reach is limited. The response rate to a recall is 15-30%, according to spokesman Scott Wolfson. He admits that’s low. It’s “an issue that CPSC has worked on for decades and is continuing to work on.”

That process has received extra scrutiny in the case of the Malm tip-overs. The laws governing the CPSC say that companies that manufacture faulty products have a say in the language the CPSC uses to communicate a recall. Ikea seems to have leaned heavily on that rule in this instance, since the word “recall” is missing from the CPSC’s release—a rare, if not unprecedented, oversight.

The July 22, 2015 release announced the repair program: “The U.S. Consumer Product Safety Commission, in cooperation with Ikea North America, of Conshohocken, Pa, is announcing a repair program that includes a free wall anchoring kit, for their Malm 3- and 4-drawer chests and two styles of Malm 6- drawer chests, and other chests and dressers.” The notice said that in addition to the two toddler deaths, Ikea and the CPSC knew of 14 other incidents in which the Malm tipped over, with four resulting in injuries.

Compare that language to the repair notice the CPSC sent out in 2013 for a dresser from a different manufacturer—the Natart Chelsea Dresser by Gemme Juvenile—that presented a similar tip-over risk and needed a similar wall restraint repair. That notice said, “The U.S. Consumer Product Safety Commission, in cooperation with Gemme Juvenile … is announcing a recall to retrofit 300 children’s three-drawer dressers.”

The differences in wording are subtle, but consumer safety groups argue that Ikea’s choice of language matters a great deal. In a letter sent to CPSC chairman Elliot Kaye last week, representatives from the Consumer Federation of America, Kids In Danger, the Consumers Union, and the National Center for Health Research, say they “have worked to educate and encourage consumers to recognize the need for action when they hear about a recall.” Calling it something else, they say, “reduces the impact of all of that hard work on behalf of safety.”

Ikea told Fortune that it sent out 300,000 free wall attachment kits to consumers in the U.S. through April 3, 2016. The repair notice covered 27 million units. “This is in addition to the restraints provided at time of purchase,” the company says.

Consumer safety groups have also said that it’s “strange” that Ikea was allowed “to promote only consumer action with anchoring devices” instead of formally recalling “noncompliant” products. Their letter says the Malm doesn’t meet the voluntary industry standards that require each drawer of a dresser to withstand 50 pounds of weight and they should stop being sold.

Wolfson of the CPSC hinted that Ikea had received special treatment. He told Fortune that after the CPSC sent out its Ikea repair release in July, the agency’s chairman, in a round-table discussion, told the legal community that the way it dealt with the Malm incidents was a unique situation and did not reflect a new norm.

When asked why the Malm case might have been some sort of exception, Wolfson declined to comment. The CPSC is subject to a federal law that prohibits it from discussing a company outside of previously agreed-upon communication.

Nancy Cowles, executive director of Kids in Danger and a signatory of the letter to Kaye, says that large corporations like Ikea have a leg-up in negotiating the terms of a recall with the CSPC. The recalls issued by the CSPC are almost always done in partnership with the manufacturer, but the agency can bring administrative action against a company if it doesn’t cooperate. However, that’s a lengthy process that often delays recall notices. Companies that have plenty of resources can assume the risk of entering those proceedings and use it as leverage to tailor a recall notice to their liking. “Maybe the CPSC just felt that doing something was better than continuing to fight with [Ikea] in secret,” Cowles says.

Then again, says Rachel Weintraub, legislative director and general counsel at the Consumer Federation of American, a company with deep pockets should have “the ability to do a good recall.”

Ikea did not respond when asked about the safety groups’ letter, but it said that it’s working to “further increase stability” through product development and testing. When asked for more specifics, Ikea said that the developments are “in an innovation phase,” so the company “cannot share any details at this point in time.”

The CPSC, for its part, is “looking into” the third tip-over fatality in Minnesota, Wolfson says.

In the meantime, Ikea faces two wrongful death lawsuits by the families of Curren Collas and Camden Ellis that accuse the company of knowingly selling unstable dressers that “presented an unreasonable tip-over hazard.” The lawsuits also claim that Ikea did not include adequate hardware to securely anchor the dresser to many or most wall surfaces.

The litigation raises questions about who’s liable—the manufacturer or the consumer—when furniture that requires self-assembly fails. Paul Rosenlund, a lawyer with the Duane Morris firm who’s not involved with any Ikea litigation, says it’s up to companies that sell DIY goods to “design and produce products that are capable of being assembled by their target customers.”

Alan Feldman, who represents the families and whose firm launched a website aimed at identifying more potential plaintiffs, says that in the case of the Malm tip-overs, Ikea is to blame. The brackets included with some Malm versions are “not that easy to attach to a wall,” he says, “You need a drill.” A baseboard or heater sometimes prevents wall access, and customers who rent their homes may be prohibited from making holes in the wall.

“The point is that there is a way to design and build safety into the furniture, instead of optional add ons,” Feldman says. If you buy a Malm dresser today, he says, “it will present the very same danger” that’s at issue in the toddlers’ deaths.