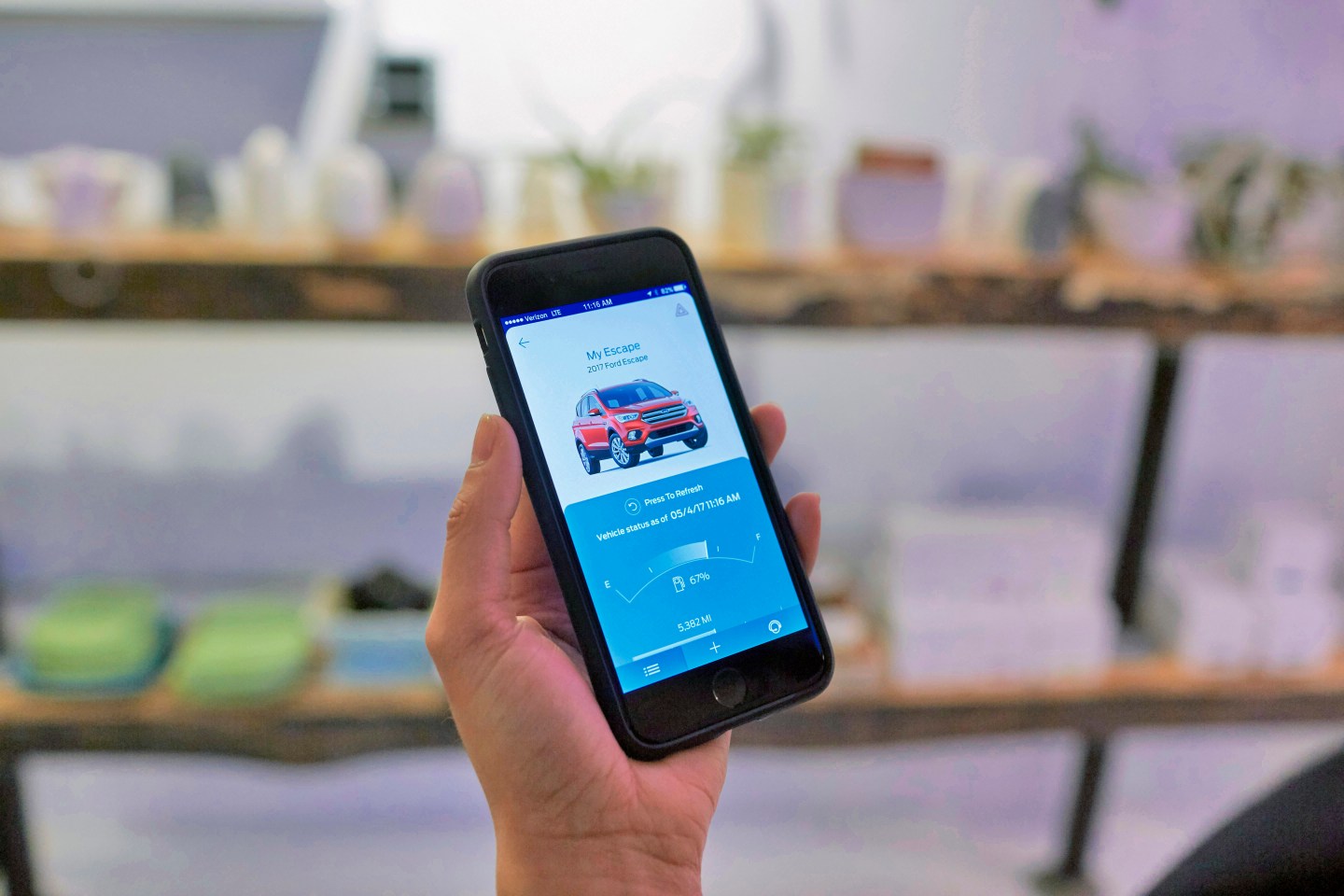 FordPass® enables 2017 Ford Escape owners to use available SYNC® Connect to stay in contact with their vehicle.
Ford Motor Company

Software development specialist Pivotal has $253 million in new funding in a new round led by Ford Motor Co., with additional contributions from another big name in Microsoft. Previous backers EMC, VMware, and General Electric also contributed.

Sources said this new Series C funding round brings valuation of the company to $2.8 billion.

“It’s been three years since the launch of the company in April 2013, and represents a milestone in our growth—we now have recurring revenue topping $115 million,” Bill Cook, Pivotal president, told Fortune. EMC (EMC) and VMware (VMW) spun out Pivotal three years ago.

Ford chief information officer Marcy Klevorn, reiterated that. “From our perspective, we have a rich history as a 113-year-old company that changed the world once and want to do that again,” she said.

Ford and other traditional car makers also face an existential threat from new-kid-on-the-block Tesla and its software-driven autos.

Clearly the notion of connected cars, the scenario in which people can get maintenance alerts from the car company and the car company can get remote diagnostics from the car, supports that scenario. Mobility apps like FordPass can also offer drivers deals from affiliate partners.

Klevorn also noted that Cloud Foundry’s ability to run on multiple clouds, Amazon (AMZN) Web Services, and Microsoft (MSFT) Azure, as well as on company’s internal resources is a major selling point. “It’s hard for a large company to standardize on one cloud solution…they need to be able to change providers,” she said. Pivotal CF helps you with a layer of extraction that keeps you more agnostic to make those moves possible.”

For more on Ford, watch:

Ford said its portion of the new round is $182.2 million. Like GE (GE), Ford is investing in a supplier: The giant automaker has been working with Pivotal’s Cloud Foundry software development platform for a few years and used it to build its recently announced FordPass, a smartphone app that will help drivers of new Ford vehicles get remote access to their car, find and pay for parking through partnerships with Parkopedia and Parkwhiz, and facilitate car sharing.

Paul Maritz Is Stepping Down as CEO of Pivotal

The company claims its Pivotal Cloud Foundry and Big Data Suite businesses have surpassed the $200 million and $100 million annual run-rate in booking, respectively.

It’s hard to assess profitability here. Pivotal is a big operation with more than 2,000 employees, spread across 17 offices. It’s also hard to tell how much of its business comes from investing companies like GE and Ford, although it claims three of the top five car companies and seven of the 10 largest banks as customers.