Ted Cruz Doubles Down on Indiana as Campaign Struggles 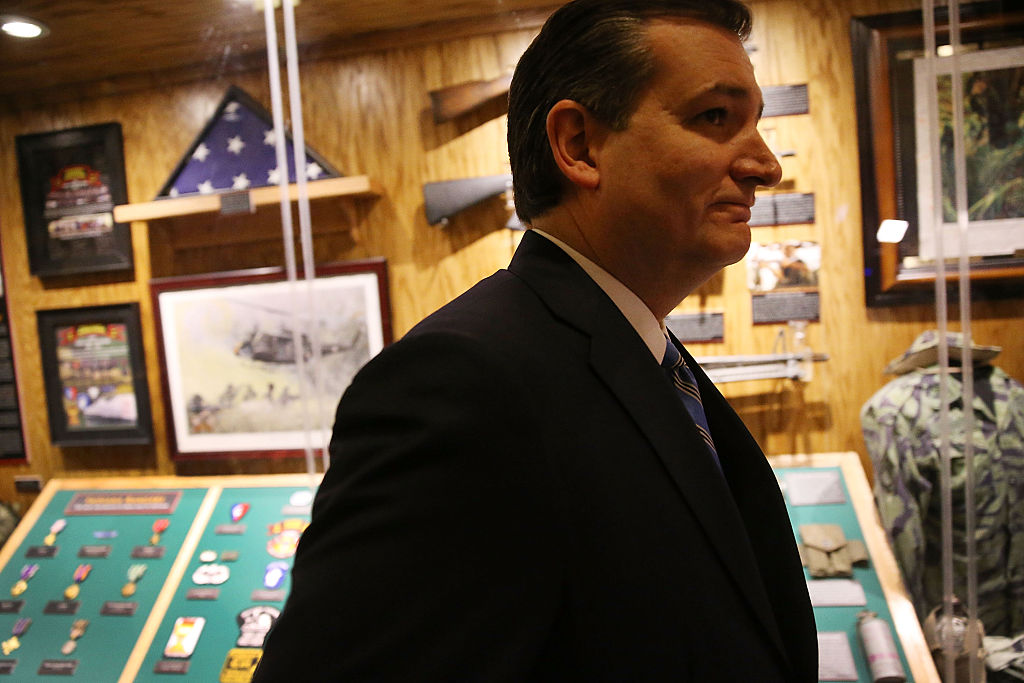 A rowdy voice rose up from the crowd. “You suck,” the young man shouted at Republican White House hopeful Ted Cruz as he was making the case for a one-page tax return during a late Sunday evening rally in northern Indiana.

Cruz shook his head and briefly deviated from his polished campaign speech while local police found the protester and escorted from him La Porte’s city auditorium, a grand 1930s venue that teemed with supporters of the Texas Republican.

“Apparently, the young man is having some problems,” the Senator said. “I appreciate you sharing your views. Hopefully someone has told you is that children should actually speak with respect,” Cruz said at his fourth campaign event of his Sunday. His voice was scratchy from yet another long day trying to catch a break.

As the police officers shuffled the dissenter from the rally, Cruz compared the interloper to the man who is leading the race to become the Republican Party’s presidential nominee. “Imagine what a different world this would be if someone had told Donald Trump that years ago,” Cruz said. “You know, in my household, when a child behaves that way, they get a spanking.”

If polls are correct, Cruz is on the verge of his own spanking that might force him from the race. An NBC News/Wall Street Journal released earlier Sunday found Cruz chasing Trump in Indiana by 15 percentage points. (Cruz aides dispute those figures, but acknowledge their own polling shows the Texan trailing in Indiana, especially after a five-state route in the Northeast on April 19.)

Cruz, at this moment, is not ready to give up. “This entire political process has conspired to put the state of Indiana in the position to stand up and speak the voice of sanity,” Cruz said. “It is a fundamental choice: Do we get behind a campaign that is based on yelling and screaming and cursing and insults, or do we unify behind a positive, optimistic, forward-looking, conservative campaign (that is) based on real solution to the problems we are facing?”

Indiana has become perhaps the last chance for Cruz. His allies had long thought Indiana fertile ground for his efforts if the nomination was still undecided this late. Evangelicals and Christian conservatives have tremendous sway, especially in the Southern part of the state. Seven of the eight members of the state’s Republican delegation to the House won their election during the 2010 Tea Party wave or after, suggesting Cruz’s brand of politics would find favor. And the state’s GOP Establishment has never been welcoming to the New Yorker.

“This is going to be decided in the Heartland,” Cruz ally Glenn Beck told voters as he campaigned in Indiana for his friend. “You are the heart of America.” He then inadvertently insulted the Hoosier State: “Tell me another time in our nation’s history that we’ve lived in where Indiana matters.”

Meanwhile, one anti-Trump group, the Club for Growth’s political committee, has spent at least $1.7 million on ads against the billionaire, and another, Our Principles PAC, has spent more than $1 million more. (Cruz and his super PAC pals have added another $2 million to the mix.) Trump, who has spent relatively little on paid media, made a late, $1 million ad buy in Indiana for counter-programming.

The loosely-organized Never Trump leaders, however, have spent months trying to disqualify Trump over his previous statements. Yet things about Trump that would end others only wins him stronger support from an electorate that wants a figure who will burn the Establishment to the ground, someone who will shout “you suck” at a serious White House contender.

There is a begrudging acceptance that the anti-Trump work may have been futile all along, and that continuing their objections to Trump’s nomination may only serve to help Hillary Clinton win the White House. “Sometimes, you have to know when to stop fighting, even if you’re right,” one Never Trump leader said on Friday.

Cruz’s path the nomination is increasingly narrow, and he does little to inspire the GOP Establishment’s loyalty. It is mathematically impossible for Cruz to the win when the delegates cast their first ballots at the GOP convention in Cleveland. Cruz’s strategy is to now also block Trump from reaching the required 1,237 delegates, which would send the voting to second ballots or beyond. Then, in Cruz’s approach, the delegates would turn to him, either due to of long-cultivated relationships or sheer anti-Trump venom. It’s a long shot, for sure, but Cruz’s lone option if he wants to remain in the hunt for the nomination.

A Tuesday loss here would make a continuing Cruz campaign difficult to justify. Cruz and his affiliated super PACs have cash to keep up the fight. His most recent campaign finance report showed the campaign had almost $9 million banked through March 31, after spending $70 million. But Cruz allies say he won’t stay in the race if it’s impossible for him to win. Cruz’s top advisers, including his wife Heidi, do not want their friend embarrassed by a campaign that goes on too long.

Part of Cruz’s challenge is, quite simply, few Republicans actually like him. Last week, former House Speaker John Boehner called Cruz “Lucifer in the flesh.” They might hate Trump, but Cruz is no darling and his outside allies are more a marriage of convenience than conviction.

Cruz, weary from a primary that has stretched far longer than his advisers had anticipated, has tried to use Indiana’s primary to show signs of continued viability. He announced that former rival Carly Fiorina would be his running mate during an Indianapolis rally. He picked up the endorsement of Indiana Gov. Mike Pence, a shrewd operator whose backing was seen as sign Cruz was likely to win the Hoosier State. And his top aides convinced Ohio Gov. John Kasich—who stands an even more improbable route to the nomination than Cruz—to cede the state entirely.

“Senator Cruz has spent two full weeks here in Indiana,” said Indiana Family Institute President Curt Smith, a Cruz adviser. “We can do this. We can turn this around.”

It’s clear Indiana has become a win-or-eye-an-exit moment for Cruz’s campaign. That helps to explain why Cruz’s schedule on Monday includes five events—including two organized and funded through a nominally independent super PAC—and Fiorina appearing at five of her own.

It’s a frenetic pace that has left Cruz exhausted. “Eyes are fixed on the state of Indiana. The people of this good state, the people of the country are depending on you to pull us back from the brink,” he said at a late Sunday night rally in a city of just 22,000 residents. “Bring common sense and good judgment.”

Cruz is looking for votes in every pocket he can find to help him justify his candidacy. He was set to start his Monday in a café in Osceola, population 2,500.