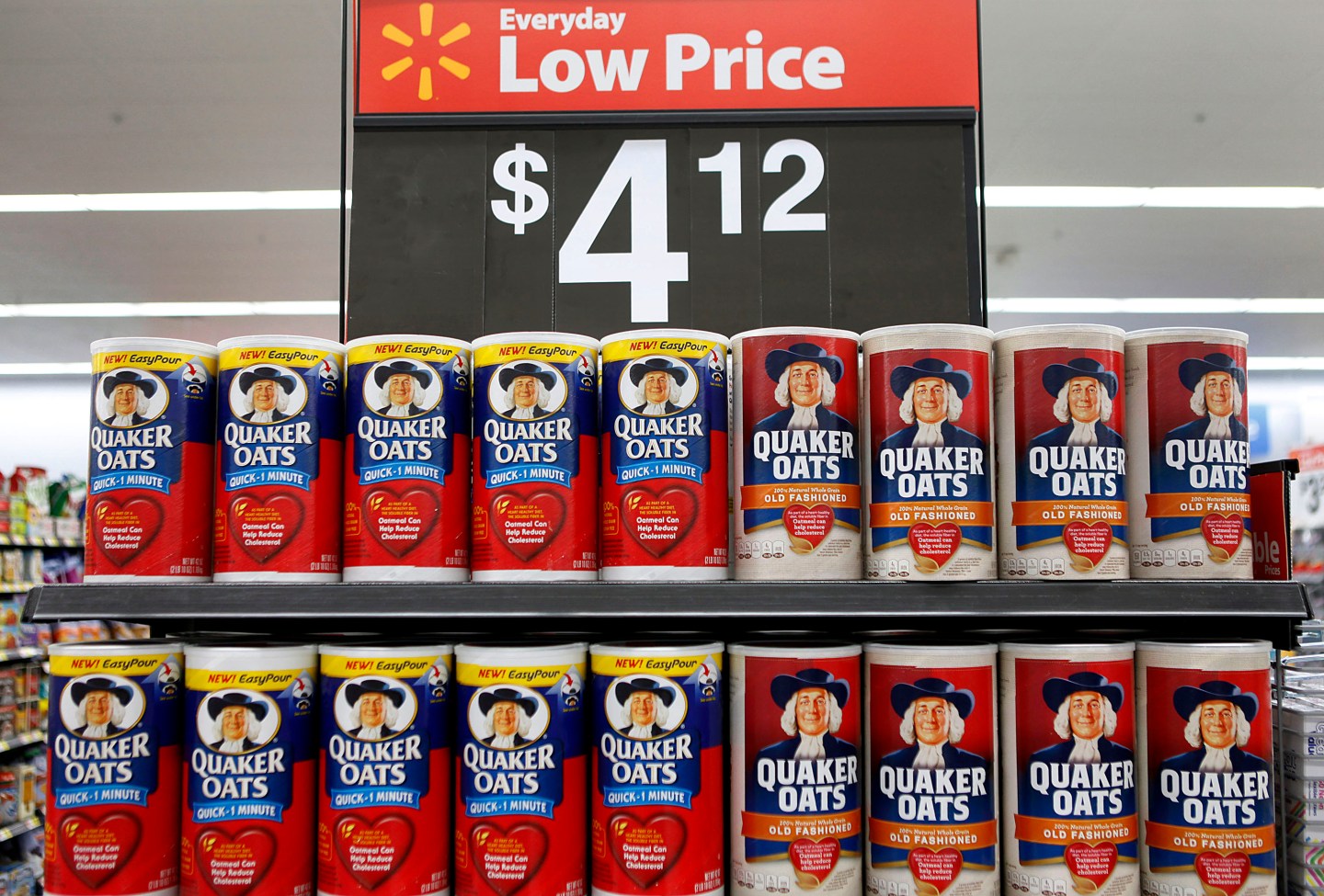 General Mills Inc. Quaker Oats oatmeal is displayed for sale during the grand opening of a new Wal-Mart Stores Inc. location in Torrance, California, U.S., on Wednesday, Sept. 12, 2012. The Wal-Mart store, which was the first location to open in Los Angeles County since 2006, was built inside of a former Mervyn's clothing location. Photographer: Patrick Fallon/Bloomberg via Getty Images
Bloomberg Bloomberg via Getty Images

PepsiCo’s Quaker Oats is facing a potential class-action lawsuit that alleges the food brand’s claims it is “100% Natural” are deceptive.

The lawsuit specifically alleges that Quaker Oats claims its oats are grown using “eco-friendly” methods but that the brand contains the chemical glyphosate, which is purportedly sprayed on the oats as a drying agent shortly before harvest. Glyphosate notably generated headlines last year after the World Health Organization declared the chemical “probably” causes cancer in people.

While the lawsuit, which was filed in Federal District Courts in California and New York, concedes there is nothing unlawful about Quaker Oats’ growing and processing methods, it contends the brand’s products are not “Natural,” “100% Natural,” or “100% Natural Whole Grain” as labeled and marketed.

PepsiCo (PEP), meanwhile, says it stands by the safety and quality of Quaker Oats’ products, adding “producing health, wholesome food is Quaker’s number one priority and we’ve been doing that for nearly 140 years.”

“Quaker does not add glyphosate during any part of the milling process,” PepsiCo said in a statement to Fortune. “Glyphosate is commonly used by farmers across the industry who apply it pre-harvest.”

The food and beverage giant says that while it thoroughly cleanses the oats it uses after delivery from farms, any trace amounts of glyphosate that may remain are “significantly below any limits which have been set by the Environmental Protection Agency as safe for human consumption.”

The lawsuit is seeking an order to change PepsiCo’s advertising practices, as well as a recall of Quaker Oats products, restitution and other damages.

PepsiCo isn’t alone in facing a legal challenge related to the claims it makes for its products. As Fortune has previously reported, a number of brands, including Honest Co., Blue Diamond, and Welch’s Fruit Snacks, have also faced recent litigation.