Ballerina Misty Copeland Now Has Her Own Barbie 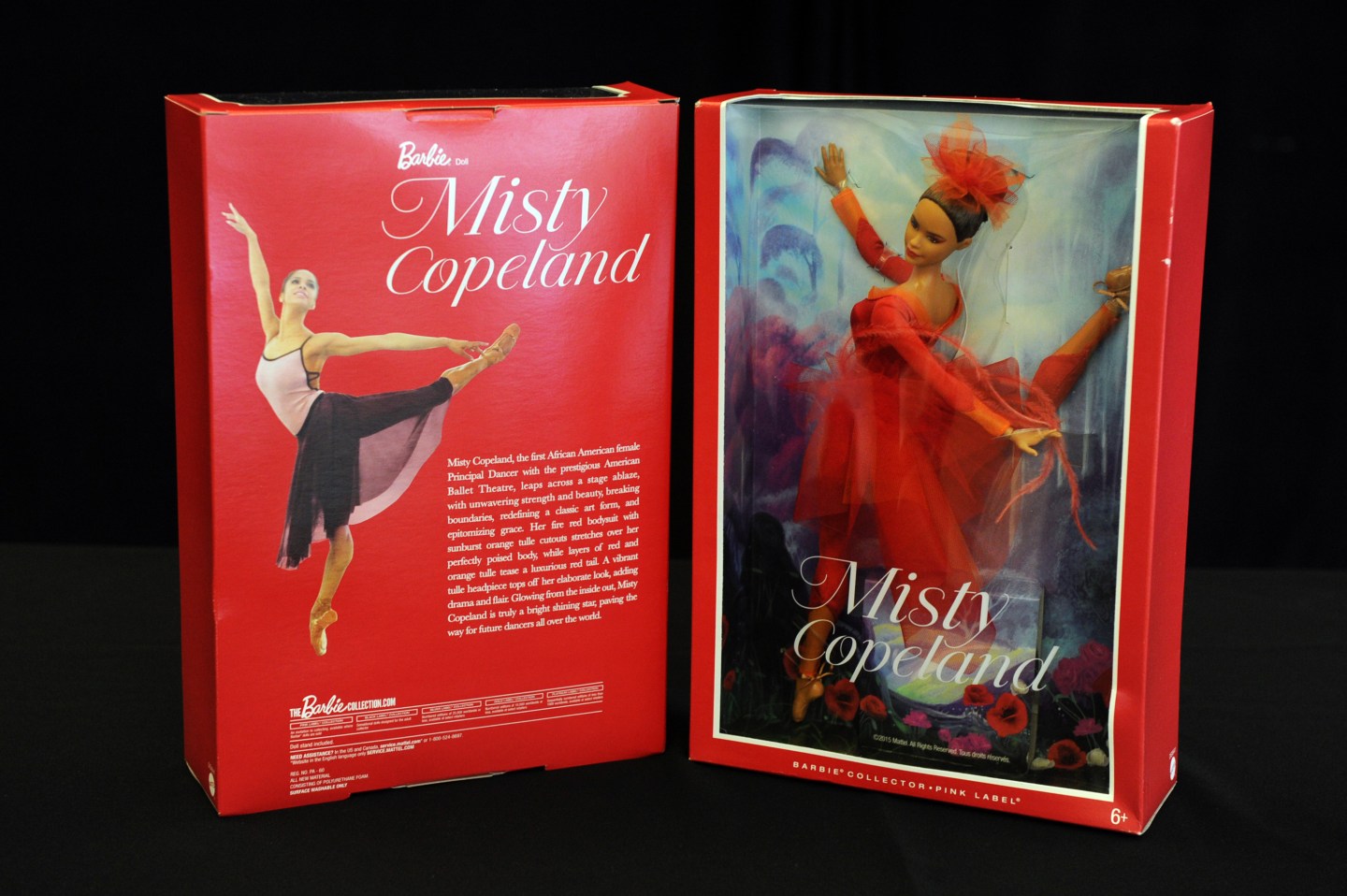 Mattel (MAT) revealed the new doll Monday, which the toymaker says is part of a series “honoring female heroes who inspire girls by breaking boundaries and expanding possibilities for women everywhere.” It retails for $29.95 online and in retailers nationwide.

Copeland has already made a name for herself as an athlete and artist of color who has broken down barriers in the insular world of ballet. She’s inspired a documentary, been featured in a high-profile campaign for Under Armour (UA), and even sat down recently for a Time interview with President Obama about race, gender, and success.

“I always dreamed of becoming an ABT ballerina and through Barbie I was able to play out those dreams early on,” said Copeland. “It’s an honor to be able to inspire the next generation of kids with my very own Barbie doll.”

For Mattel, the Copeland Barbie is the brand’s latest step to become more diverse and reach a broader audience. Other dolls based on famous women of color in recent months have included Barbies based on director Ava DuVernay and singer/actress Zendaya.

The doll’s outfit was inspired by Copeland’s Firebird costume from her first American Ballet Theatre principal role, Mattel said, and Copeland was involved in its design.

“Misty Copeland is at the center of a cultural conversation around how women continue to break boundaries,” said Lisa McKnight, general manager and senior vice president, Barbie. “We know role play often leads to real “play” in life, and we’re thrilled to celebrate Misty with her very own doll.”

The Copeland doll also has ties to Mattel’s evolution of the core Barbie line, which features new body types, skin tones, and hairstyles.