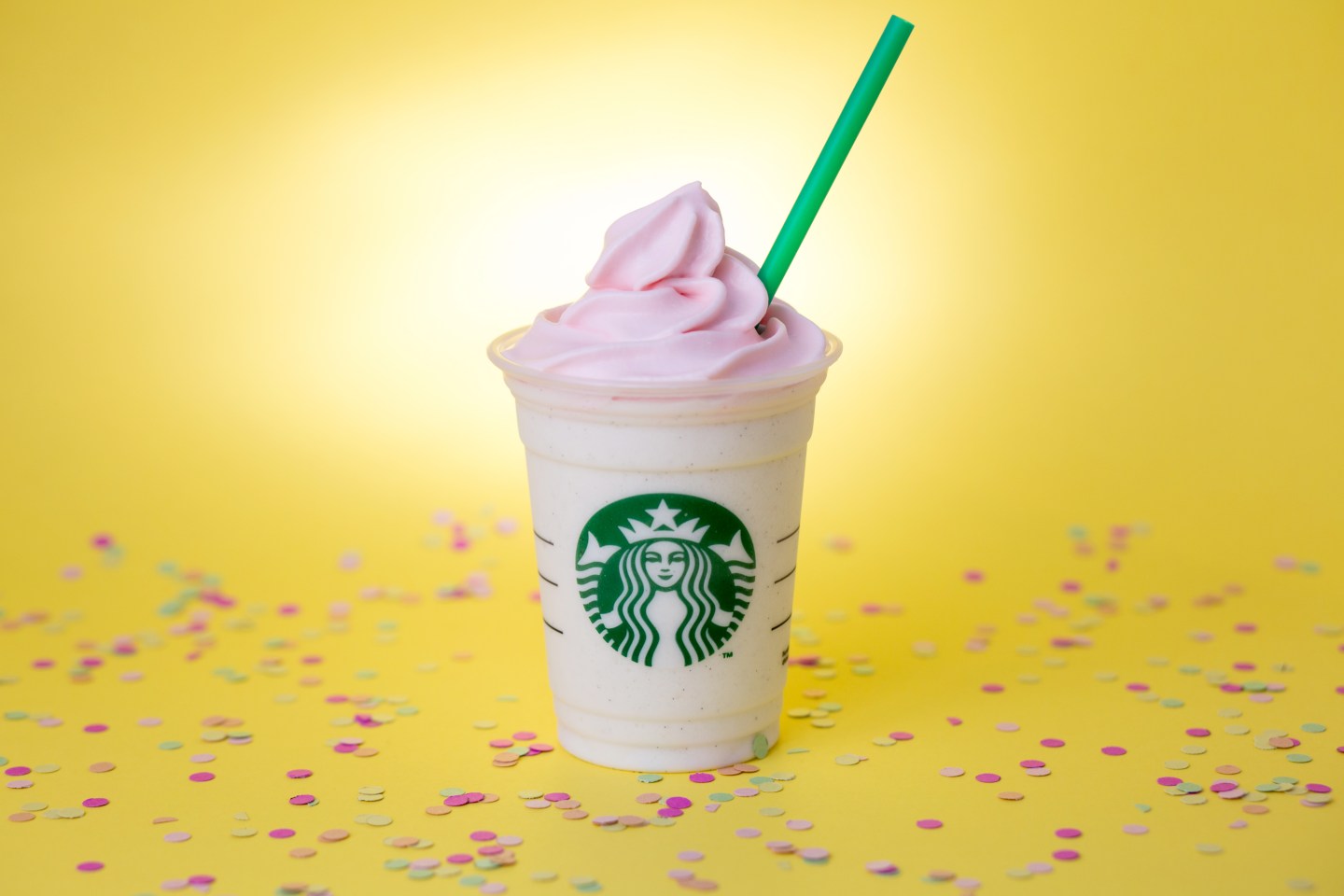 The coffee chain will be celebrating this momentous occasion by reintroducing the Birthday Cake Frappuccino to the menu. But if you want to try it, you better do it quickly. According to a company press release, the drink will only be available for a few days, from April 28 until May 2.

Mashable reports that the Frappuccino was actually created in 1993, but Starbucks only began selling the blended beverage two years later. It began with just two flavors—coffee and mocha. The chain ended up selling more than 200,000 of them in just the first seven days, which was more than double what it had been expecting to sell.

Starbucks describes the Birthday Cake flavor as a “creamy blend of vanilla bean and hazelnut, topped with pink whipped cream.” Fortune reported that it was first introduced last year to celebrate the Frappuccino’s 20th anniversary.

Unfortunately they won’t add alcohol to your Frappuccino to help you celebrate the drink’s 21st birthday properly, but you will soon be able to buy booze at Starbucks locations in Canada.