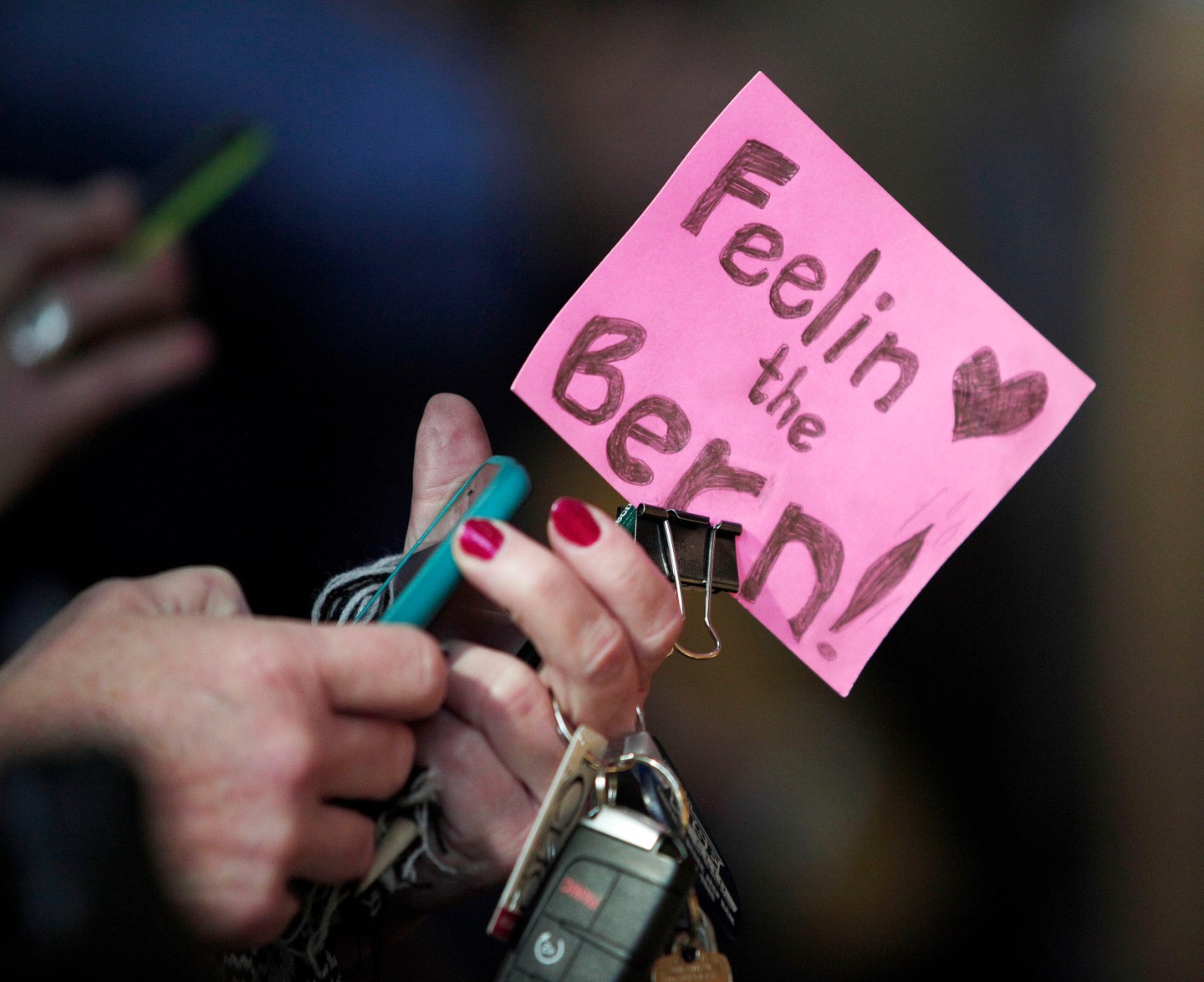 Nancy Schumacher says she just wanted to do her civic duty, and so she heeded the call to become a superdelegate for Hillary Clinton. But in the year of the angry voter, not even an administrative assistant from Elk River, Minn., can escape the outrage.

“Some of the [phone and email] messages called me names. Some of them called Hillary names. And others said I was a stupid bitch and something bad will happen to me,” said Schumacher, a Democratic committee member. “It’s kind of hard to take sometimes.”

Bernie Sanders defied expectations to turn his long-shot presidential bid into a real threat for the Democratic nomination. Now, as his path to the White House becomes all but impossible, some of his supporters are lashing out at a system they believe was engineered against them from the start.

While Sanders decries a “rigged” economy, some of his backers see signs of corruption everywhere—even in the party their candidate hopes to lead. Some have turned their frustration on superdelegates, the party insiders whose ability to back either candidate give them an outsized role in picking the nominee.

The superdelegates include public officials: governors, former presidents, and even Sanders himself. But they also include people like Schumacher, volunteers who’ve generally stayed behind the scenes.

The Sanders campaign assures everyone that it doesn’t condone harassment.

Yet Schumacher says she’s received vitriolic phone and email messages from self-identified Sanders backers and doesn’t quite understand how things got quite so nasty. Eight years ago, she backed Clinton but said she “cheerfully” switched to Illinois Sen. Barack Obama. She’d do the same, she said, if Sanders won the popular vote or pledged delegates from state primary elections.

“I got five emails on Easter Sunday. I mean, give me a break,” she said.

“You deserve this rating. Why does some random lawyer get more sway than the citizens,” read one comment.

Gus Bickford, the former executive director of the Massachusetts Democratic Party, was taken aback by the threats that flowed into his inbox and onto his Facebook page.

“Someone put up a list of the superdelegates and a person from Rhode Island posted a response that basically said, ‘They should all be assassinated’ and then said ‘I’m only joking,'” recalled Bickford. “With the way people are talking, you never know who’s going to take something like that seriously.”

Bickford said many of the callers were Sanders supporters who asked him to side with the will of the people, even though Clinton narrowly won Massachusetts in March.

Democrats aren’t the only ones facing this kind of barrage: Some Republican delegates say they have also found themselves at the receiving end of death threats and other personal attacks from supporters of GOP front-runner Donald Trump.

But Clinton won the support of many superdelegates even before votes were cast in the primaries, and that has drawn the wrath of many Sanders partisans.

Clinton is 91% of the way to capturing the nomination, meaning that she can lose every remaining primary by a wide margin and still become the party’s standard-bearer, according to an Associated Press analysis. It also means Sanders would need to flip hundreds of superdelegates to his side to have a shot at the nomination—including many from states that Clinton won.

Though they’ve been part of Democratic presidential elections since 1984, the superdelegates have never been a determining factor. Even in 2008, when several dozen switched to Barack Obama from Clinton, Obama won enough pledged delegates to make superdelegate support largely irrelevant.

Several liberal organizations have circulated petitions asking superdelegates to align their choice with the vote in their state. Even if that happened, Clinton would still likely be the nominee, given her lead in the popular vote.

That leaves Sanders’ most ardent fans—many of whom are relatively new to the political process—looking for someone to blame.

A Sanders backer named Spencer Thayer created the “Superdelegate Hit list,” a website to share the contact information of superdelegates so they can be pressed to switch their votes. Thayer later dropped the word “hit” after it attracted criticism.

“It’s not comforting to be on anything that’s called a hit list,” said Wendy Davis, a city commissioner from Rome, Ga..

In 2007, Davis was tasked with wooing superdelegates for the presidential candidate of former New Mexico Gov. Bill Richardson. Now, a superdelegate herself, she was shocked when Sanders supporters accused her of being bribed by Clinton for her support.

“I have been a loyal volunteer for this party. You impugn my integrity and suddenly think there’s something you can say that will draw me to you,” she said. “It’s that a whole bunch of people who haven’t been involved in the details of presidential campaigns started paying attention and suddenly don’t like the rules.”