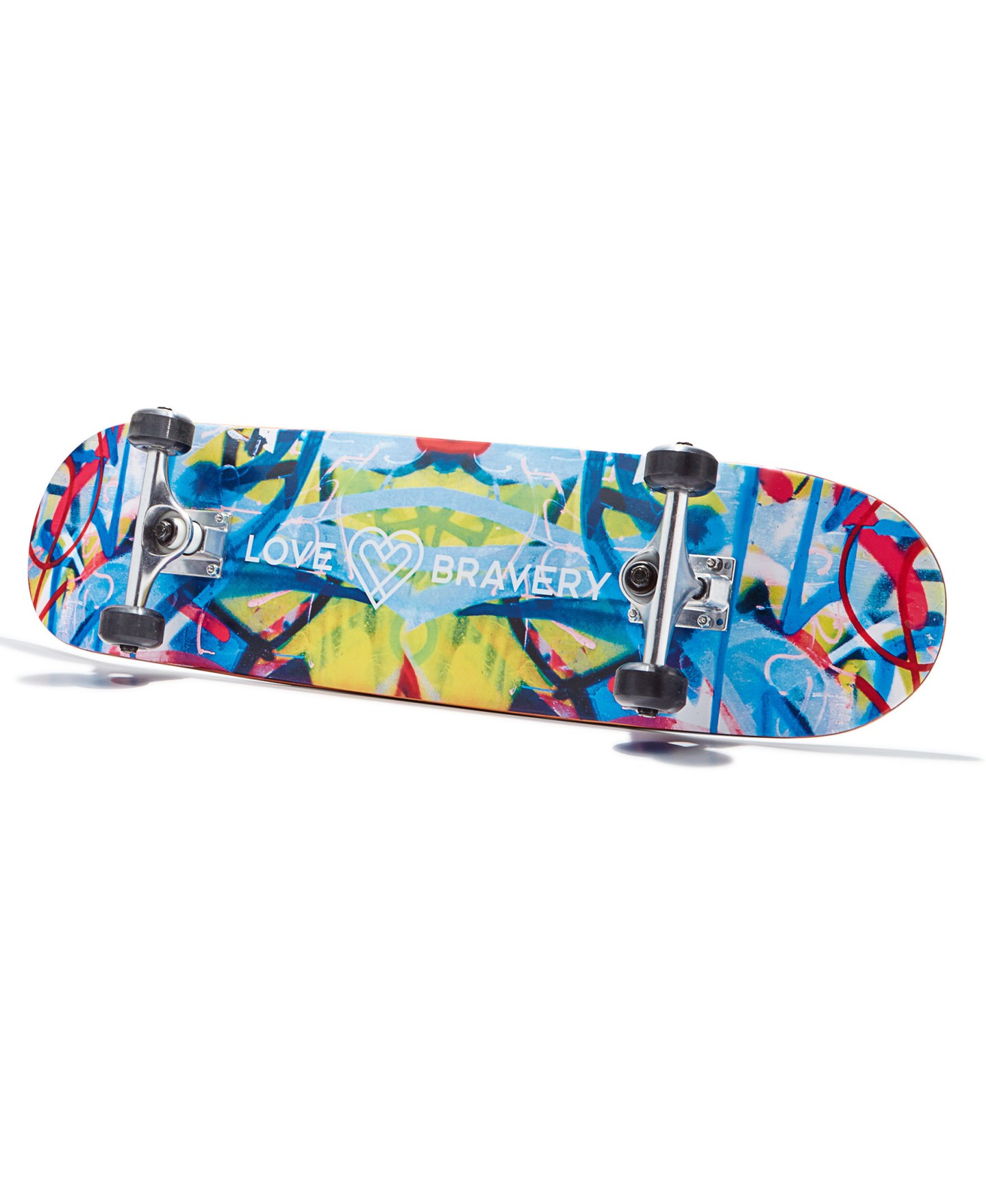 Macy’s (M) has recruited Lady Gaga and Elton John for a limited-edition line of clothing and accessories called “Love Bravery” that will also raise money for their respective foundations.

The department store said on Wednesday that the line runs the gamut from shorts, outerwear and backpacks to scarves with piano prints and even skateboards. The products come in vivid graphic prints that reflect both singers’ legendary flamboyance and are aimed at fighting prejudice. The “Love Bravery” effort is part of Macy’s American Icons campaign, an annual event that showcases American products. (Elton John is British though.)

The items in the collection, available through August, will range from $12 to $99 and go on sale May 9 online and at 150 of Macy’s 750 or so stores. Macy’s will set up “Love Bravery” shops in prime locations. The line has been created by Lady Gaga’s sister, Natali Germanotta, and designer Brandon Maxwell.

Some 25% of sales will benefit Gaga’s Born This Way Foundation, named for her classic gay anthem and aimed at fostering acceptance and mental wellbeing among young people, and the Elton John AIDS Foundation.

The line comes as Macy’s is trying to get more shoppers into its stores and halt a sales decline: Comparable sales fell 2.5% last year, and Macy’s has told investors to expect a 1% drop this year. It also help Macy’s beef up its popular celebrity lines, which include the recently launched Kelly Ripa Home collection of bedding sets, furniture, and area rugs, as well as merchandise bearing the names of Jessica Simpson, Sean John, Ariana Grande, Thalía, and Martha Stewart.