Donald Trump Speaks Out on Atlantic City, China, and Sanders 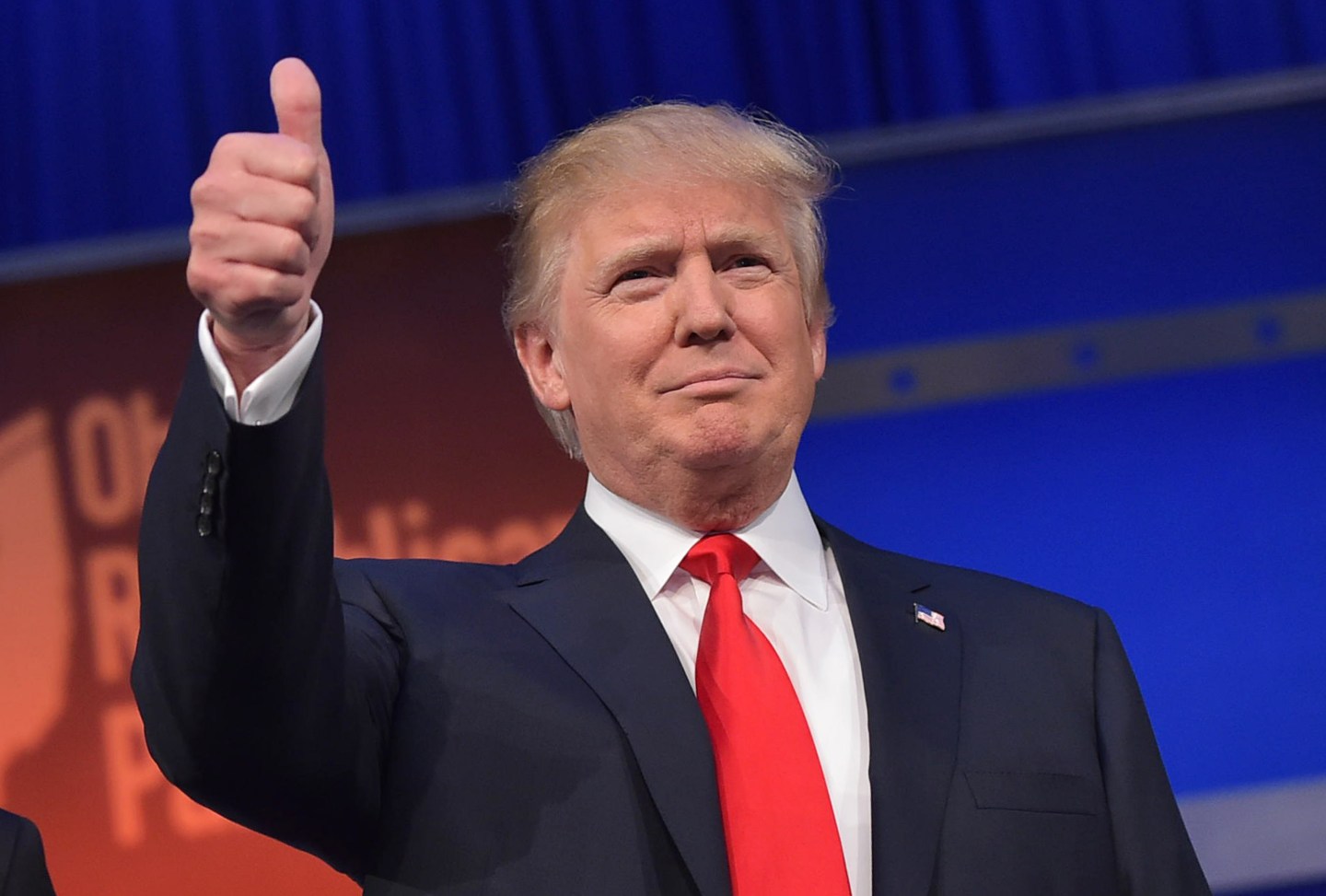 Donald Trump has no plans to stick to a game plan.

On Tuesday, April 19, GOP frontrunner Donald Trump sat down with Fortune in a wide ranging interview on his business career and what he would do if elected president. A number of times in the interview he contradicted what he had said earlier in the interview, or something he has said in the past. The biggest change: Trump told Fortune that he no longer has plans to eliminate the national debt in eight years, as he had earlier claimed he would, but many economists said was impossible. It would require annual GDP growth north of 20% a year, if Trump were to lower taxes as he has pledged. That’s 10 times the 2% GDP has been growing recently.

Trump declines to say whether he had a plan for a contested election. And he said he had not yet made the determination of whether he would self-fund his general election campaign.

Trump declined to say who his campaign advisors would be. But he says he would be releasing a list of names within weeks. He says that there are a number of Fortune 500 CEOs and other executives advising him, but, as in the past, the only outside advisor he was willing to name was Carl Icahn. On a question of whether he had selected a chief economics advisor, Trump stumbled. At first he said he had, and wasn’t going to announce it. Then he said he would rely on a number of people for economic policy issues, and largely make his own decisions.

One person Trump is unlikely to name as an advisor: Janet Yellen. Trump says that Yellen had done a “serviceable” job as chair of the Federal Reserve. And he says he would be likely to put someone else in the position when Yellen’s term in over, which is not until early 2018.

The full transcript of the entire interview is here. But here are some his best sound bites from the interview:

On his business troubles in Atlantic City:

“What happened is the bond holders came to me and said why don’t you put on debt. And I said let me look at it, and they offered me so much debt, and I said this is too much debt for the company. All of those things were good as an individual, but I said to them [bankers] will it be a good thing or bad thing for people?”

On starting a trade war with China:

“First of all I never said that. . .China has zero respect for our country. They have zero respect for our president and our leadership. . .I would tell China that either you start playing by the rules, or we will be imposing tariffs on your products coming in. That doesn’t mean I am doing it, because in my opinion if they believe it they are going to play by the rules. But they have to believe it.”

On picking up supporters from Bernie Sanders:

“One thing we have in common is trade. We both know the U.S. is getting ripped off by trade. The difference is I can do something about it and he can’t.”

On his the Fortune 500 CEO he admires the most:

“I don’t want to say because I know so many of them, and they’re friends. Some who do a great job and some who don’t, frankly. But I’d rather not say because I’ll create such problems for myself.”

On his own business if he becomes president:

“But it is a business that is very unimportant to me if I won the presidency. My executives and my children will run the company and they’ll run it well. It’s not a hard company to run. We are dealing now with over 121 deals worldwide for licensing. Tell him about the hotels, Eric [Trump].”

On whether he uses a computer and why his office is PC-free:

On his advisors, besides Carl Icahn:

“Numerous. I am going to put out a list in the next three or four weeks. We have tremendous endorsements from the business community.”