Why Target Is Raising Its Starting Wage to $10 Per Hour 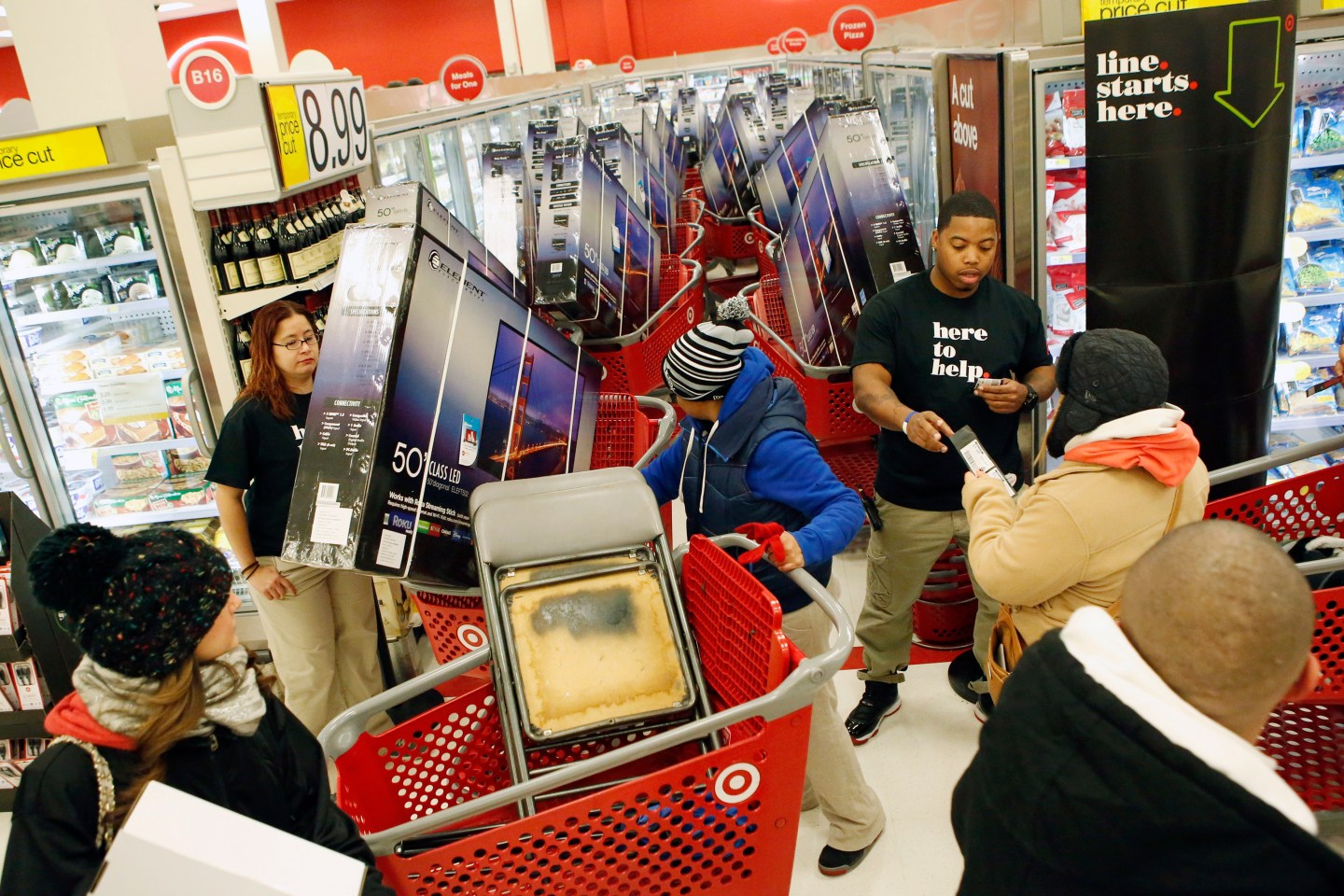 Employees assist customers as they enter a Target Corp. store ahead of Black Friday in Chicago, Illinois, U.S., on Thursday, Nov. 28, 2013. U.S. retailers will kick off holiday shopping earlier than ever this year as stores prepare to sell some discounted items at a loss in a battle for consumers.
Patrick T. Fallon — Bloomberg via Getty Images

Many Target (TGT) workers are getting another raise.

The discount retailer is in the process of lifting its minimum wage to $10 per hour, Reuters reported on Monday. The big box retailer is under pressure from arch-rival Walmart (WMT) who made a similar move aimed at attracting and retaining talent in a tight job market for store workers. The agency said the Target raises will have kicked in by May.

In January, Walmart raised its internal lowest starting wage to $10, its second annual increase in a row and part of a $2.7 billion investment to improve customers service and keep the best workers at a time the integration of e-commerce has made in-store work more complex than ever. (For instance, store workers must now also help shoppers navigate apps, self-checkout and be prepared to help stores fill online orders.)

Despite the raises at both retailers, the wages remain well below the $15 per hour that union activists and many politicians are pushing for. California lawmakers and union leaders recently reached a tentative deal to raise the state’s minimum wage to $15 over six years, while New York State recently passed increases in wages.

A Target spokeswoman declined to confirm the news but told Fortune that “We pay market competitive rates and regularly benchmark the marketplace to ensure that our compensation and benefits packages will help us to both recruit and retain great talent.” Last year, Target raised its minimum pay rate in April 2015 to $9 an hour.

Wal-Mart Stores has warned investors that the raises there would eat into profits this year. And they threaten to do the same at Target, which is investing billions in its e-commerce to make up for a slow start there a few years ago.