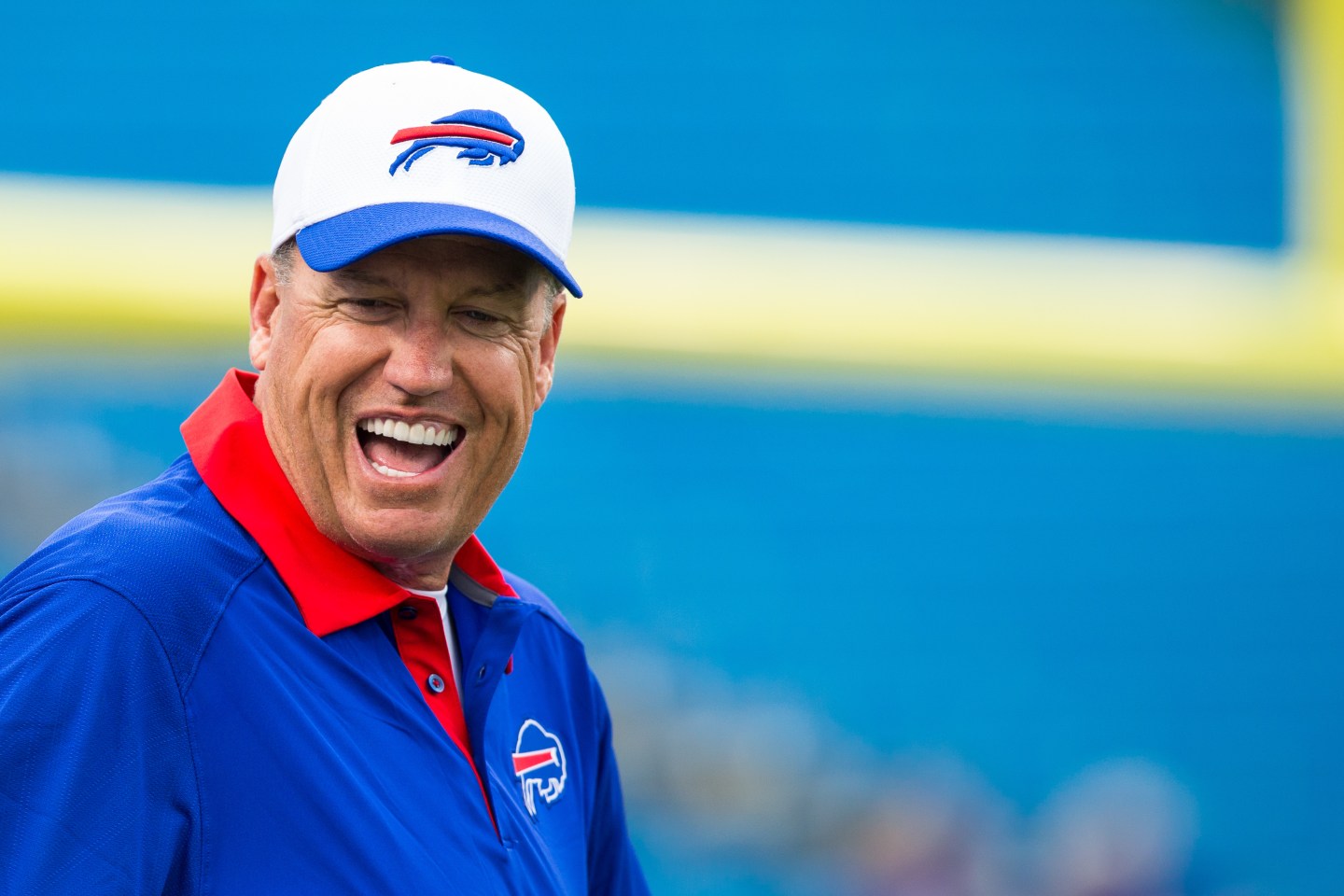 Ryan will be introducing Trump at a rally at the city’s First Niagra Center on Monday night, reports USA Today. He said he didn’t officially endorse Trump, but repeated that he was a big Chris Christie supporter; New Jersey Gov. Christie has dropped out of the race and is supporting Trump. Ryan used to be Christie’s constituent, as he was the coach of the New York Jets, who actually play in New Jersey.

The rally is being held the day before primary voters in New York head to the polls.

Ryan isn’t the first NFL personality to lend his support to Trump. Coach Bill Belichick of the New England Patriots calls Trump a “good friend,” while Patriots quarterback Tom Brady has been seen with one of Trump’s trademark “Make America Great Again” hats in his locker.

The Patriots, of course, are archrivals of Ryan’s Bills. Ryan has a tense relationship with Belichick and Brady going back to his days with the Jets. Perhaps their love of Trump can mend the wounds.