Vinyl Record Sales Are At A 28-Year High 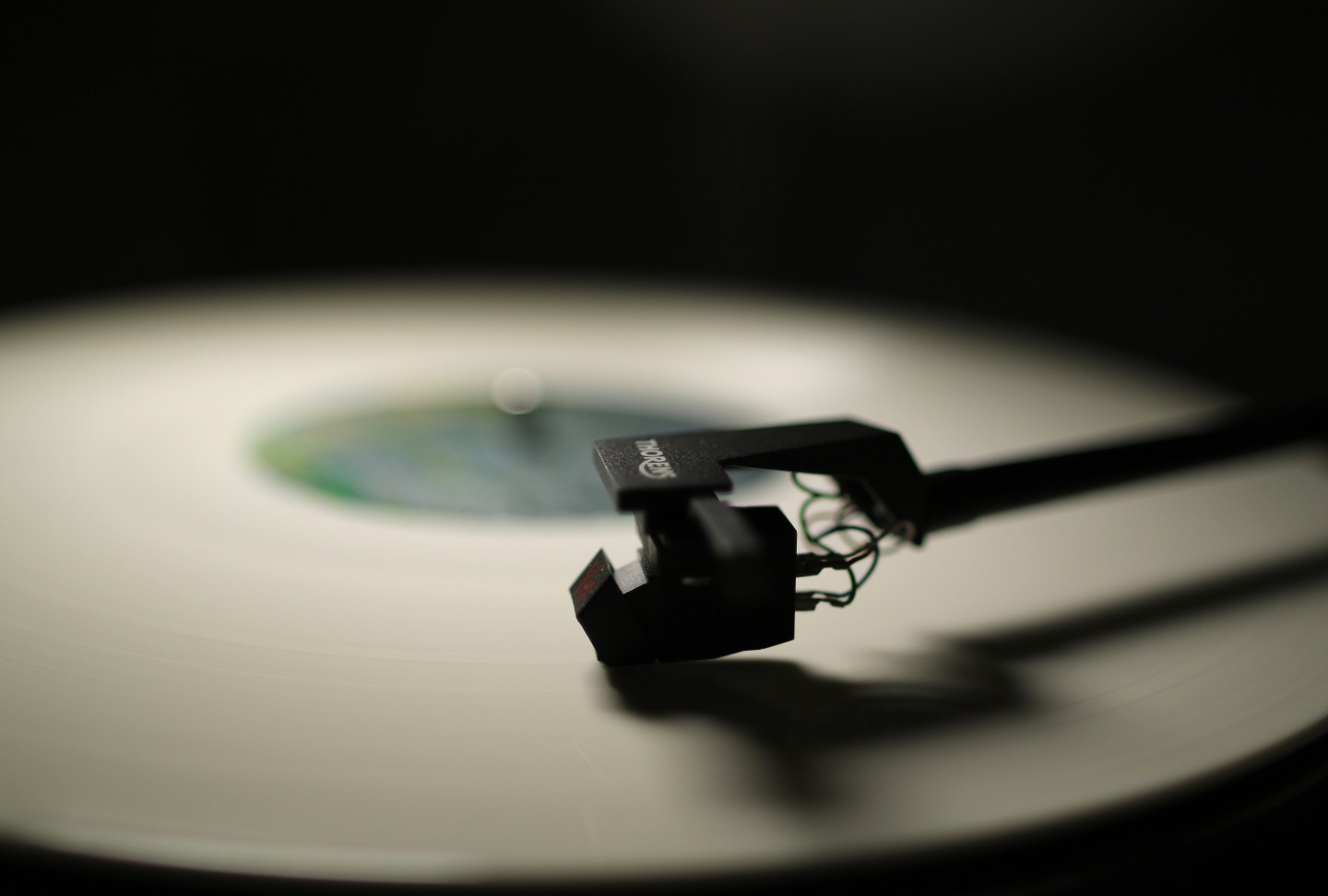 When Record Store Day started in 2008, it was conceived as a way to draw attention to independent record stores. But a funny thing happened in the following years: Records – actual LP record albums – mounted a comeback in pop culture.

And as fans of vinyl celebrate the unofficial holiday today, the audience – and reach – of the medium has changed considerably.

Vinyl, initially, saw a resurgence as hipsters in their 20s and early 30s sought a way to differentiate their music listening. Albums were old school, filled with hisses and pops that digital music had erased. But those flaws added a depth and warmth to the music that even people who once owned extensive album collections had forgotten after years of listening to digital music. (Digital is technically cleaner, but the compression technology in MP3s tends to dull the highs and lows.)

Flash forward to 2015. Fueled by that unique sound quality and a nostalgia wave, sales of vinyl records were up 32% to $416 million, their highest level since 1988, according to the RIAA. (CD sales, while much higher in total income, were down 17%.)

Put another way: Revenues from vinyl sales last year were higher than those of on-demand ad supported streaming services, such as YouTube, Vevo and Spotify’s free service, which only accounted for $385 million, according to the RIAA. (To be clear, though, paid subscription services and Internet radio services, like Pandora, greatly exceeded LP and EP sales.)

Meanwhile, vinyl is no longer solely the domain of independent record stores. It’s quickly becoming ubiquitous in retail stores everywhere. Chains like Barnes & Noble (BKS), Urban Outfitters and even Whole Foods (WFM) now carry albums. It’s not cheap, either. While most baby boomers likely remember records as being in the $10-$20 range, a new copy of Bruce Springsteen’s Born in the USA today will run you nearly $40.

Given the increasing number of retail locations for vinyl, it’s no surprise that today’s biggest artists are embracing it as well. Taylor Swift put out an LP version of her hit “1989” and Justin Bieber will release a 12-inch picture record for his single “Purpose” exclusively for Record Store Day today.

The Biebs is just one of hundreds of artists who will be releasing vinyl albums on Record Store Day. Fans of the recently departed David Bowie will have a chance to get a limited edition pressing of six songs from very early in his career on I Dig Everything – The Pye Singles 1966. (Only 7,500 copies are being made.) There will be a new release of archived material from The Doors, Bob Dylan and a 1977 performance from The Grateful Dead. Even The Monkees are releasing a 10-LP box set of their studio albums and rare tracks.

And experts say don’t be surprised if vinyl continues to see noticeable growth in the years to come.

“It would seem that they are bringing the products back to create or capitalize on a nostaglia wave,” says Barbara Kraus, director of research at Parks Associates. “It also creates a new experience for people who were born during the digital age.”