Wegmans Was Just Named the Best Grocery Chain in America 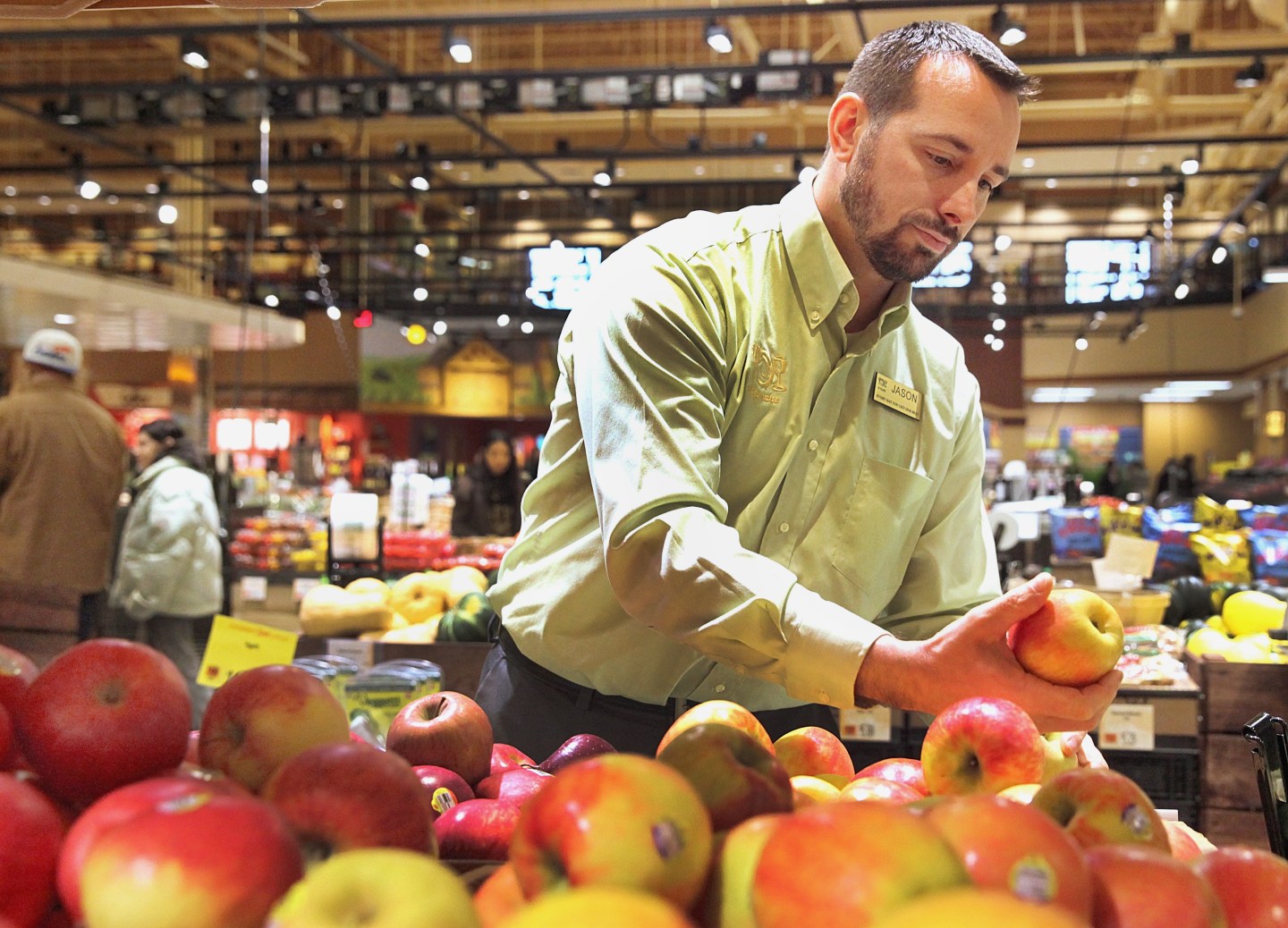 Rochester, New York-based Wegmans, which generated $7.9 billion in sales last year, was ranked the nation’s best grocery chain, followed by Publix Super Markets and Trader Joe’s, according to a survey of more than 10,000 consumers conducted by Market Force Information. Notably, it was the first time in four years that Trader Joe’s didn’t rank first.

The small size of Wegmans explains why it failed to top past year’s lists. But Wegmans garnered double the votes in 2016, resulting in a score of 76% on Market Force Information’s “Composite Loyalty Index.” That metric is a reflection of consumers being asked to rate their satisfaction with their most recent grocery store visit, as well as their likelihood to refer the chain to others.

Fortune readers shouldn’t be surprised to see Wegmans on the list. It ranked 4th on the 2016 Best Companies To Work For list, the highest spot for a retailer. Happier employees almost certainly help create a happier shopping environment.

“Its focus on employee training to ensure customers have the best experience has been a winning strategy that creates superfans eager for a new location to open near their home,” Market Force Information wrote in its report.

How did the other markets fare?

Publix Super Markets took second with a score of 75%, followed by Trader Joe’s, which slipped 5 percentage points from 2015 for a score of 73%. Publix, also a private grocery chain, ranked #67 on Fortune’s list earlier this year. Publix was also the focus of a recent Fortune magazine story, featuring a writer that went undercover as an employee for five days at a Florida store.

Private grocery chains fared well on the list, as Wegmans is family-owned while Publix and Hy-Vee Food Stores (which ranked fourth) are both employee owned. Trader Joe’s and Aldi, which ranked fifth, are also private.

Costco (COST) is the highest ranking publicly traded company, coming in at sixth place. Kroger (KR) landed at eighth, while Safeway (SWY) was third-to-last among the 15 grocery chains that were measured by Market Force Information. In last place? The world’s largest retailer, Walmart (WMT).

Market Force Information also sought to determine which chains performed best at specific operational and service categories. Publix and Wegmans led in most areas, including cleanliness and specialty department service. Aldi was the price leader, while Trader Joe’s had the most friendly cashier service.

The report also weighed in on two buzzy trends in the world of grocery: organics and online ordering. Unsurprisingly, almost half of consumers preferred to purchase organic items when given a choice, and almost six out of ten said they thought locally sourced meat, produce and dairy products are important. But online ordering still seems to be a nascent trend. In the past 90 days, just 5% ordered online for home delivery, while only 2% placed an order online to pick up their groceries in the store.