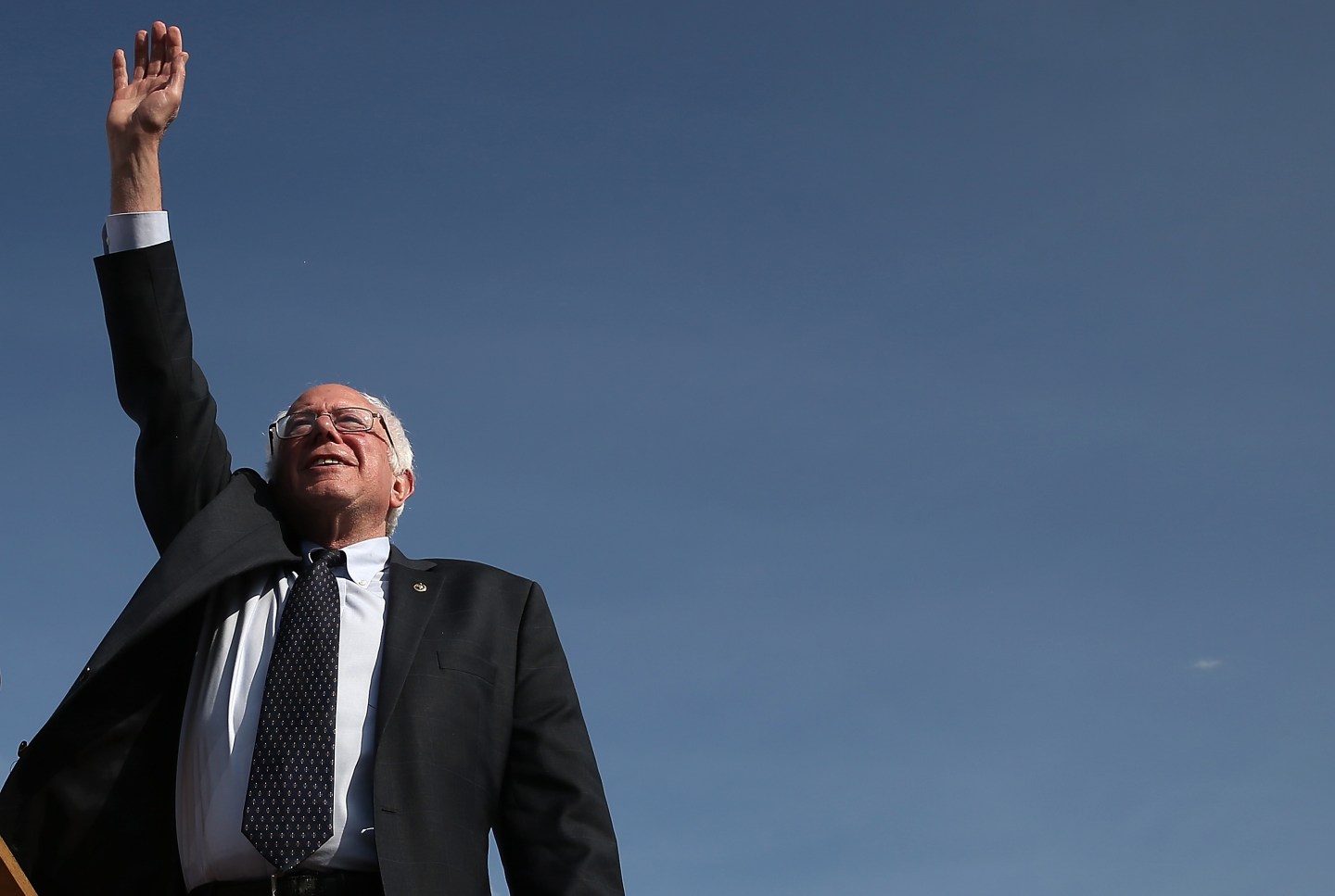 Vermont Senator Bernie Sanders faces a tough battle to catch former Secretary of State Hillary Clinton to win the Democratic presidential nomination, and one of his Senate colleagues is finally pitching in.

Sanders received his first endorsement from a fellow senator Wednesday when Jeff Merkley, a Democrat from Oregon, voiced his support for the candidate in an op-ed in The New York Times.

Merkley, who touted his own working-class roots, said that Democrats—unlike Republicans—”have a choice between two candidates with lifelong track records of fighting for economic opportunity.” He acknowledged Clinton’s “remarkable record” and said that she’d make “a strong and capable president.”

Bernie Sanders is boldly and fiercely addressing the biggest challenges facing our country. He has opposed trade deals with nations that pay their workers as little as a dollar an hour. Such deals have caused good jobs to move overseas and undermined the leverage of American workers to bargain for a fair share of the wealth they create in our remaining factories. He has passionately advocated for pivoting from fossil fuels to renewable energy to save our planet from global warming — the greatest threat facing humanity. He recognizes that to accomplish this we must keep the vast bulk of the world’s fossil fuels in the ground. Bernie is a determined leader in taking on the concentration of campaign cash from the mega-wealthy that is corrupting the vision of opportunity embedded in our Constitution.

In supporting Sanders, Merkley stands apart from his colleagues. About 40 Democratic Senators have endorsed Clinton.

Merkley noted in his op-ed that it will be difficult for Sanders to succeed in winning the nomination, but he seemed to place optimism in the grass-roots movement that Sanders has galvanized. “It is time to recommit ourselves to that vision of a country that measures our nation’s success not at the boardroom table, but at kitchen tables across America. Bernie Sanders stands for that America, and so I stand with Bernie Sanders for president,” he said.

Merkley, whose state’s primary will be held on May 17, is also one of the party elite to serve as a Democratic superdelegate. So his support of Sanders is notable because Sanders fans see a potential path to the Democratic nomination if their candidate wins more pledged delegates than Clinton by June and superdelegates heed the “will of the people” and cast their votes for him. But at last count, Clinton, who has a 1,758 to 1,069 lead in the delegate count, is also winning the contest for superdelegates 497 to 69.