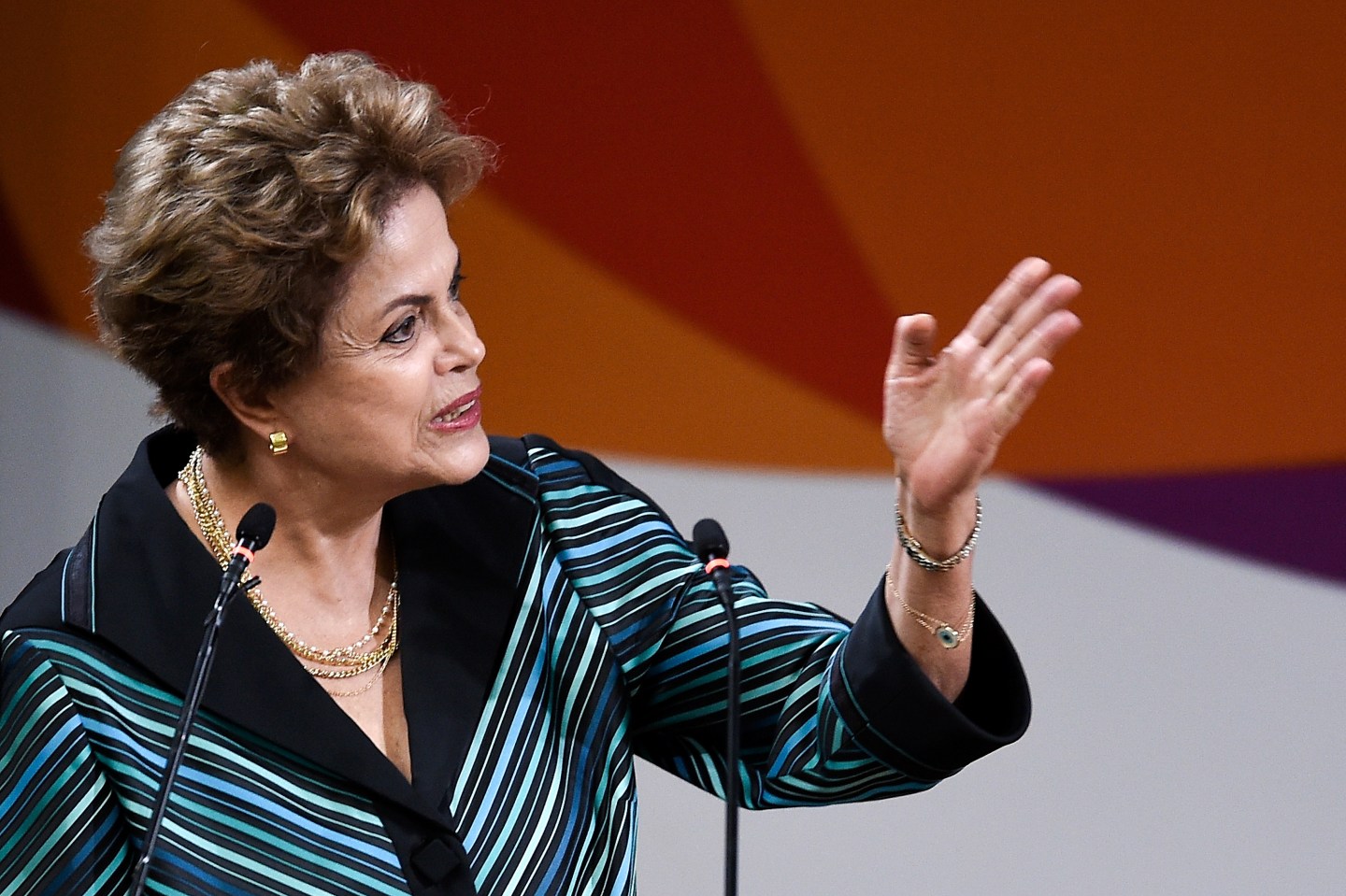 After just five years in office, Dilma Rousseff has gone from the promising successor of Brazil’s most popular president to the world’s most disappointing leader, according to Fortune readers who participated in an online poll. With more than 374,000 votes, Rouseff took first place in the poll, which was open for one week. Michigan governor Rick Snyder secured 17,000 votes to take second place over his handling of the Flint water crisis. Former FIFA chiefs Sepp Blatter and Michel Platini took third place. See below for the results of the World’s Most Disappointing Leader poll. You can see all 19 candidates in our story about the World’s 19 Most Disappointing Leaders here.

Rousseff was expected to carry on the work of her predecessor and mentor, Luiz Inácio Lula da Silva, who was the champion for the working class. Instead, she has become known for her alleged mismanagement of government accounts and accusations of her campaign’s knowledge of one of the biggest graft schemes of all time.

Rousseff’s misspending of funds has led to impeachment proceedings against her. Yesterday, a Congressional committee recommended that Brazil’s lower house pursue an impeachment trial, which could be decided by mid-month.

The Petrobras kickback scandal, however, seems to be what has left Brazilians the most disappointed. Despite there being no proof of her involvement, Rousseff’s close relationship with Lula and her position as former head of the state-run oil company’s board of directors during the time the majority of the graft is thought to have taken place have left many skeptical of her denial of participation in the scheme.

Lula also fell from grace last month and was taken in for questioning on his possible involvement in corruption. When Rousseff then named him her chief of staff in what many said was a way for him to run from the law, protesters came to the streets across the country in what was reported to be millions. Expected to help build up the people of her country, Rousseff has let them down by leading Brazil into scandal.