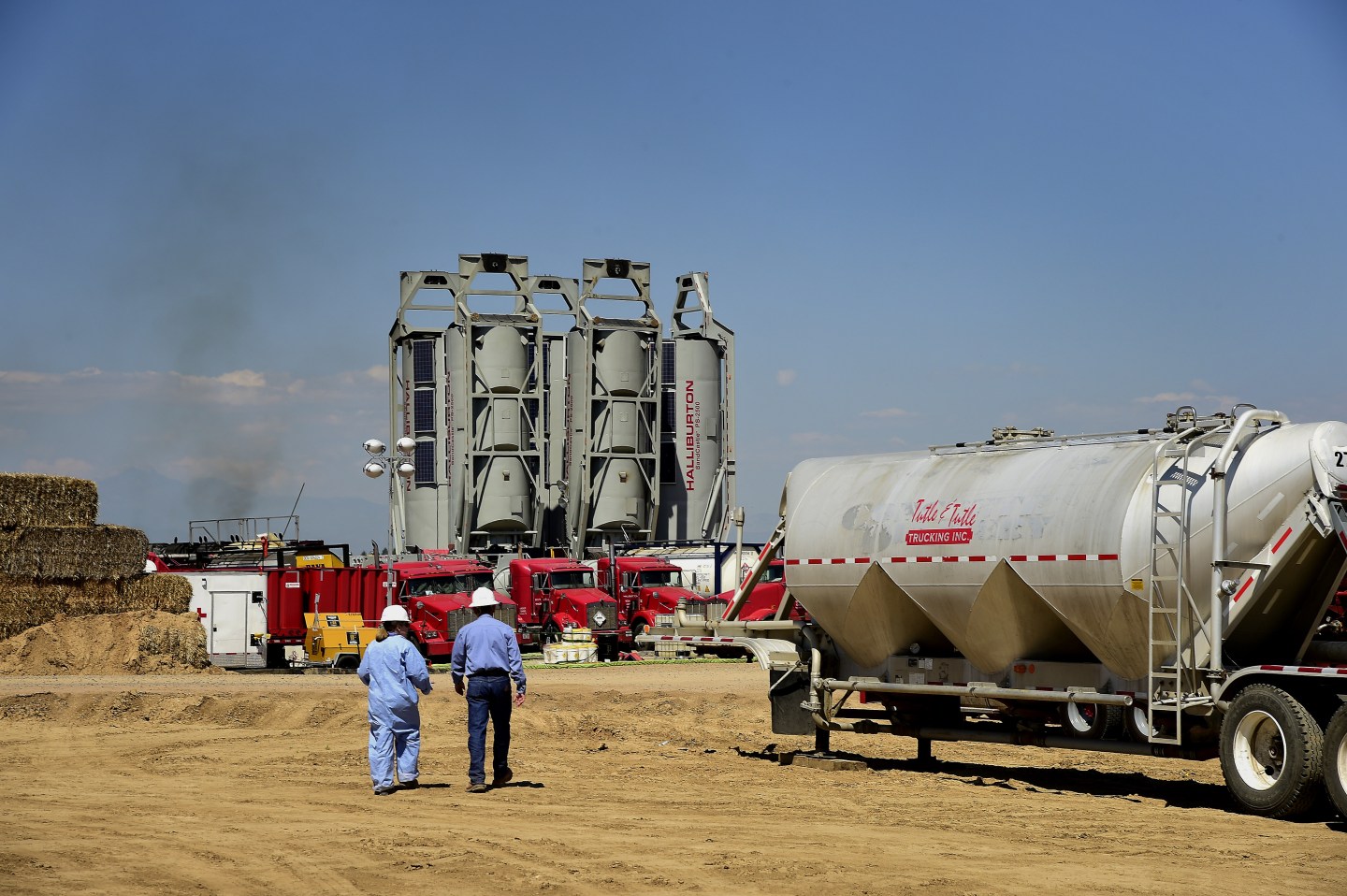 Halliburton said on Wednesday that it would “vigorously contest” an anti-trust lawsuit by Department of Justice trying to stop the company’s oilfield mega-merger with rival Baker Hughes.

The lawsuit, which comes after months of talks on divestitures of some overlapping businesses, significantly cuts the chances of the deal going through. The Justice Department said the merger, valued at $35 billion when it was first announced in November 2014, would leave only two dominant suppliers in 20 business lines in the global well drilling and oil construction services industry, with Schlumberger (SLB) being one of the two.

In 11 of those lines, ranging from offshore well cementing to onshore fracking plugs, a combined Halliburton-Baker Hughes would have more than 50% of the market and in two cases more than 80% of the market.

“The proposed deal between Halliburton and Baker Hughes would eliminate vital competition, skew energy markets and harm American consumers,” U.S. Attorney General Loretta Lynch said in a statement on Wednesday. “Our action makes clear that the Justice Department is committed to vigorously enforcing our antitrust laws.”

The Justice Department said that Halliburton (HAL) had offered divestitures aimed at saving the deal but that these were inadequate.

“I have seen a lot of problematic mergers in my time. But I have never seen one that poses so many antitrust problems in so many markets,” said Bill Baer, head of the Justice Department’s Antitrust Division, in a conference call with reporters.

Halliburton disagreed. “The companies believe that the DOJ (Justice Department) has reached the wrong conclusion in its assessment of the transaction and that its action is counterproductive, especially in the context of the challenges the U.S. and global energy industry are currently experiencing,” the company said in a statement.

The companies also face difficulties with European antitrust regulators, which last month halted scrutiny of the deal for a second time, saying the companies had yet to provide an important piece of information.

Based on Halliburton‘s latest share price, the deal would be worth $26 billion. The company’s shares have tumbled more than 35% over the past two years as a slumping oil price has hurt its customers.

If the deal collapses due to antitrust concerns, Halliburton must pay Baker Hughes a $3.5 billion breakup fee, according to regulatory filings.

Despite that, Wall Street analysts generally agreed Halliburton would be in better shape than Baker Hughes if the deal fell through.

“Halliburton would be just fine if the deal didn’t go through, even with the breakup fee,” said Rob Desai, an analyst with Edward Jones.

Halliburton‘s profit margins would improve on a standalone basis because it had kept a relatively high cost structure and was holding off on deeper cutbacks until after the deal closed, analysts said. Without the distractions of integration work, it could also be more agile, they said.

Evercore ISI’s James West said Halliburton‘s stock price could improve to $42 a share, or $45 excluding the breakup fee, which is worth $2.65 a share.

Baker Hughes, as the acquisition target, was seen as facing greater difficulties if the deal does not go ahead.

“Given the employee turnover, the cannibalization of its equipment at the onset of the downturn, and the general disorder within the company, we believe standalone-Baker Hughes’ revenue growth and margin improvement would lag its peers,” West said in a note.