The DoJ Will Sue to Stop Halliburton-Baker Hughes Oilfield Merger 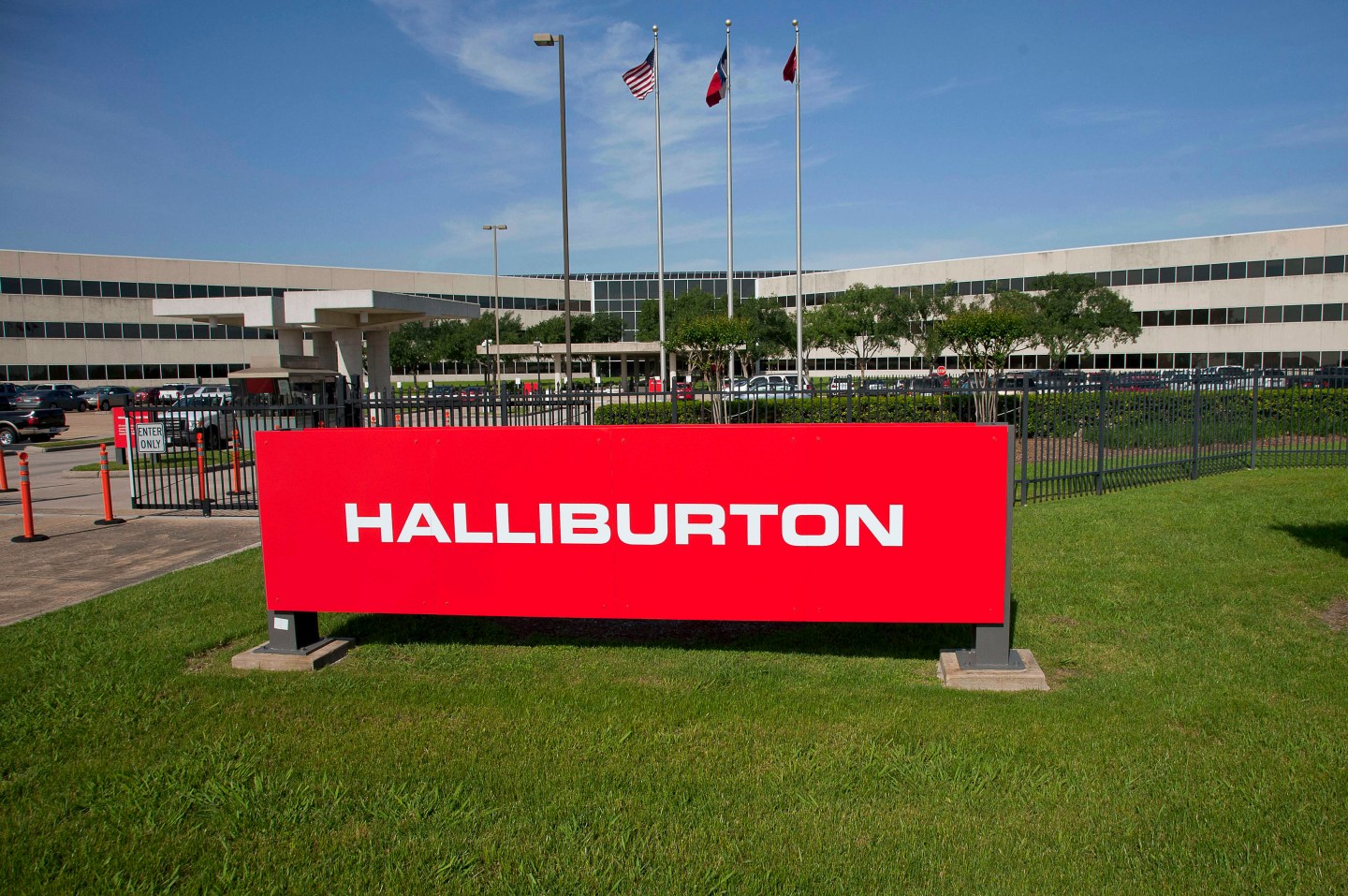 The antitrust lawsuit could potentially scupper the deal that was first announced in November 2014 to combine the No. 2 and No. 3 oil services companies. Since then, oil prices have fallen by more than 55%.

Faced with opposition from the Justice Department, the companies may either cancel the planned tie-up or fight the government in court. The deal is one of several that antitrust enforcers have rejected as illegal during the recent wave of mergers of large, complex companies.

The two sides had been discussing asset sales aimed at saving the deal, which was originally valued at $35 billion but is now valued at about $25 billion based on the decline in Halliburton shares.

If the deal collapses due to antitrust concerns, Halliburton must pay Baker Hughes a $3.5 billion breakup fee, according to regulatory filings.

The proposed deal also has hit headwinds in Europe, where the European Union’s competition authority was concerned that the proposed merger would reduce competition and innovation in more than 30 product markets. Regulators in Australia also flagged concerns about the massive tie-up.

As far back as July 2015, Reuters reported that there were concerns in the U.S. government that the merger would lead to higher prices and less innovation.

The Justice Department’s worry then focused on two areas. One was that the drilling technology businesses that were divested would go to small companies that could not effectively compete with the two leaders. The other was that the leaders would have less incentive to innovate.

Baker Hughes in particular has been aggressive in developing new oilfield technologies, part of its appeal to Halliburton from the beginning. Baker Hughes developed smartphone apps to help customers in the field decide in real time how best to hydraulically fracture new wells.

Furthermore, uniting Halliburton and Baker Hughes would create a dominant leader in North Dakota with more than half the cementing market and a leading position in fracking.

Lower oil prices had given investors hope that the companies’ best path forward was together, especially as demand for their products and services evaporate as customers slashed budgets.

The Justice Department and Federal Trade Commission, which enforce antitrust law, have filed lawsuits to stop a surprising number of deals in the past 18 months.

The FTC stopped food distribution giant Sysco (SYY) from buying US Foods in 2015, and is currently in court fighting Staples’ (SPLS) merger with Office Depot (ODP).

The Justice Department also is reviewing two controversial insurance deals—Aetna’s (AET) purchase of Humana (HUM) and Anthem’s decision to buy Cigna (CI)—amid concern they would reduce the number of national insurers from five to three.