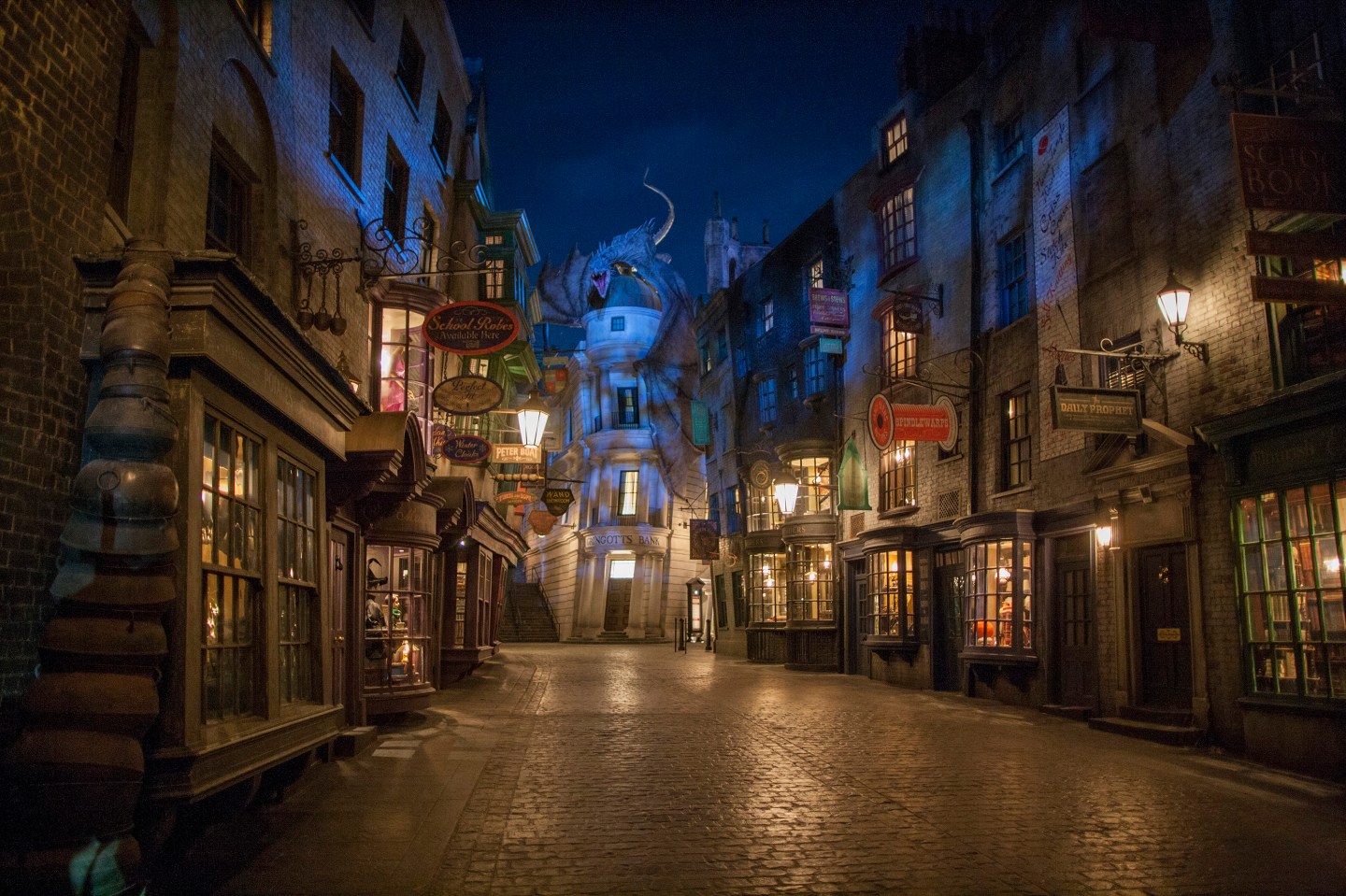 From the cobblestone alleyways to the snow-capped roofs, fans of Harry Potter will be able to immerse themselves into a new “Wizarding World” attraction at Universal Studios Hollywood, and the theme park is betting on their purchasing power.

“The Wizarding World of Harry Potter,” opening April 7, brings to life the quaint town of Hogsmeade from author J.K. Rowling’s seven-part Harry Potter books and subsequent films, and it caps off a five-year revamp across the park.

Comcast-owned Universal Studios Hollywood has introduced new rides capitalizing on the box office success of franchises Transformers, Despicable Me and Fast & Furious, as well as expanding The Simpsons attraction.

But the “Wizarding World” is what the theme park is banking on. Comcast (CMCSA) reported a revenue increase of 27% to $3.3 billion from its Orlando, Fla., and Hollywood, Calif. locations in its 2015 year-end report.

The company said revenues were bolstered by Orlando’s new Harry Potter world, which features two lands, Hogsmeade and Diagon Alley, connected by the Hogwarts Express train. An additional ticket is required to visit both lands in one day.

Hollywood’s “Wizarding World” features two rides, one within the castle-like structure of the Hogwarts school and the other an outdoors rollercoaster, alongside intricately detailed shops and restaurants such as Honeydukes sweets, Ollivanders wands and The Three Broomsticks.

Visitors can purchase a vast assortment of Harry Potter merchandise, from quills for under $10 to interactive wands for around $50 and full Hogwarts school robes from around $100.

“We’ve always aimed to be as authentic as we can be, even down to the name of the shops. They’re called shops, not stores,” supervising art director Alan Gilmore told Reuters.

“It has to be an experience of stepping into Scotland and England.”

Tickets for Universal Hollywood, which cover all the park’s attractions, range from $90 to $239 for front-of-line passes, varying according to seasonal demand.

Overall attendance at Universal Hollywood, visited by 6.8 million in 2014 according to figures from the Themed Entertainment Association, trails far behind Walt Disney’s (DIS) Disneyland in Anaheim, Southern California, which drew nearly 17 million that year.

Disneyland is building a new Star Wars land after the success of December’s The Force Awakens, the third highest-grossing film worldwide in history.