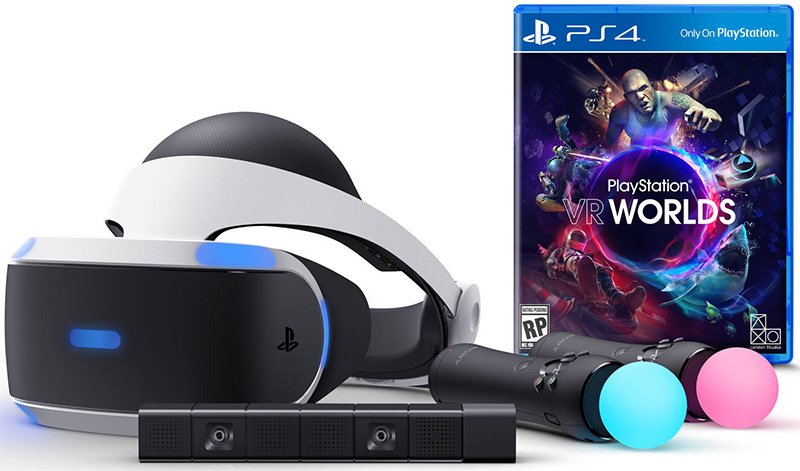 Exclusive games such as Electronic Arts’ Star Wars Battlefront will play an important role in enticing PlayStation 4 owners to invest in virtual reality, according to John Koller, vice president of marketing at Sony Interactive Entertainment.

“We are working with EA, DICE, Lucasfilm, and Disney to try and make that experience something so special and so intrinsic to what’s in many people’s DNA, which is how can I be in that world of Star Wars,” says Koller. “Battlefront is going to be one of those games that will really show gamers what it means to be in the world of VR. It’s very special. And just by the nature of it being designed as a VR experience, it’s going to be very different than the PlayStation 4 game.”

Wedbush Securities analyst Michael Pachter believes Sony will sell as many as 5 million PlayStation VR bundles worldwide this year, and he estimates they will have 2 million available for launch.

“Typical pre-order supply is 20% of launch quantity, so 400,000 is reasonable for pre-order volume,” Pachter says. “It’s possible that they took fewer orders early in order to gauge manufacturing plans, so maybe only half that figure early. We’ll see if there are more units available for pre-order this summer.”

Star Wars Battlefront has already sold over 12 million copies and had the most successful launch ever for a Star Wars game. Granted, some of those sales came from discounted copies of the title last holiday season, but the concept of Star Wars in virtual reality could be the “killer app” Sony needs to sell PlayStation VR. I was able to play a short Lucasfilm virtual reality experience, Star Wars Trials on Tatooine, at the Letterman Digital Arts Center during the Game Developers Conference (GDC) this month, and I didn’t want to take off my headset.

It’s also worth noting that Star Wars games generated over $1 billion last December alone in tandem with the release of the latest film in the Star Wars saga, The Force Awakens. The long-awaited movie generated over $2.06 billion at the global box office and is available on home entertainment April 5. Disney and Lucasfilm plan to have new Star Wars movies opening every year now, which will only help prolong demand.

Koller believes exclusive PlayStation VR games will be important for Sony, presenting a different approach than Valve and Facebook are taking with HTC Vive and Oculus Rift games. But those PC virtual reality platforms aren’t directly competing with Sony in the console space. Sony is dominating the console space with Microsoft and Nintendo far behind.

The electronics giant already counts approximately 36 million consumers among its PlayStation 4 install base.

“The role of exclusive VR games is a little different than what we see in the general console space,” Koller explains. “For example, I don’t believe that there needs to be one particular killer app. There can be a range of killer apps. VR is so personal. It really depends on what experience that person wants and what they think is really great. That’s different than our (console) platform launches, where you generally can say ‘that’s the game’ (that will help drive hardware sales).”

With 50 PlayStation VR games in the pipeline to ship this fall—many of which were playable at GDC this month—Koller posits there is a range of games that could present great experiences for someone coming into virtual reality for the first time.

“Star Wars is a great example of something that we will really own during that launch period,” Koller says. “But over time there will be games that launch, where we’ve been helping with the development process, that will be most special on PlayStation VR, whether it’s exclusive or not. It’s going to be best played on PlayStation VR.”