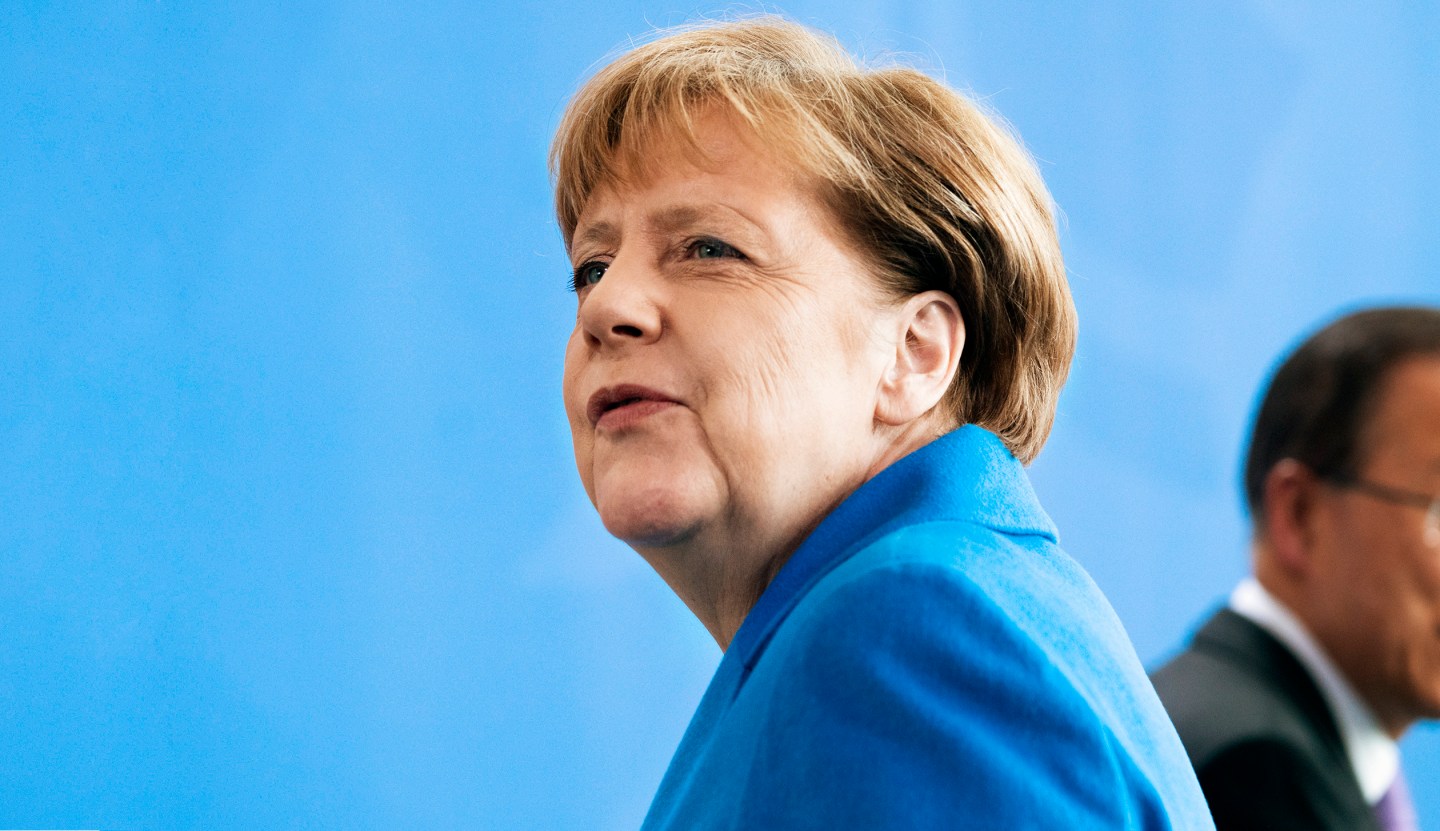 To borrow a feminist phrase, the future of leadership is female.

Fortune‘s 2016 annual list of the World’s Greatest Leaders, which debuted on Thursday, features a record 23 women. That’s a big jump over last year’s ranking, which included 15 female leaders, and includes women in government, business, activism, nonprofit, and even the military (spoiler alert: no pop stars this year).

What accounts for surge in female representation this year? While there’s no concrete answer to that, there are a few clues. After making global headlines, it’s no surprise to see names like German Chancellor Angela Merkel and Myanmar NPD party leader Aung San Suu Kyi at No. 2 and No. 3. However, we also saw American female politicians making their mark this year, with South Carolina Governor Nikki Haley and Rhode Island Governor Gina Raimondo making their debut appearances on the list.

There’s a noticeable groundswell behind women fighting to advance other women. Justice Ruth Bader Ginsburg, who has become a feminist icon—”Notorious RBG”—made the cut, as did Sheikh Hasina, the Bangladeshi Prime Minister who is working to advance the rights of women in her country. Kristen Griest—who, along with fellow female Army Ranger Shaye Haver, holds the No. 34 slot—has said that “thinking of future generations of women” helped motivate her through the grueling Ranger School course.

This year’s list also honors women who are standing up to powerful and sometimes dangerous forces. Alicia Garza, Patricia Cullors, and Opal Tometi, the three female co-founders of Black Lives Matter hold the No. 27 slot, while journalist Chai Jing, whose work on pollution in China has been censored by the country’s government, comes in at No. 28.

Interestingly, while the list includes business influencers like Girls Who Code founder Reshma Saujani, no female Fortune 500 leaders made the list. That’s not to say that corporate leaders were excluded overall: Amazon (AMZN) CEO Jeff Bezos and Apple (AAPL) chief Tim Cook both made the top five.

Several of the 2016 leaders return to the list after a year’s hiatus. Merkel is back at No. 2, the same power position she held in 2014, while Suu Kyi is our No.3 pick this year, up from her No. 6 perch two years ago. Then there’s IMF managing director Christine Lagarde at No. 36—she was 13 in 2014. Only one of last year’s female honorees is back. That nod goes to Melinda Gates, who shares the No. 41 perch with Gates Foundation CEO Susan Desmond-Hellman.

Congratulations to newcomers and returnees alike!

Here’s the full list of the women honored on our list of World’s Greatest Leaders this year:

No. 2: Angela Merkel, Chancellor of Germany.

No. 3: Aung San Suu Kyi, Leader of the National League for Democracy

No. 20: Reshma Saujani, Founder and CEO of Girls Who Code

No. 33: Rosie Batty, Founder of the Luke Batty Foundation

No. 36: Christine Lagarde, Managing Director of the IMF

No. 41: Melinda Gates and Susan Desmond-Hellmann, Co-Chair and CEO of the Gates Foundation

No. 49: Clare Rewcastle Brown, Editor and Founder of the Sarawak Report